A cloaking device for everyone 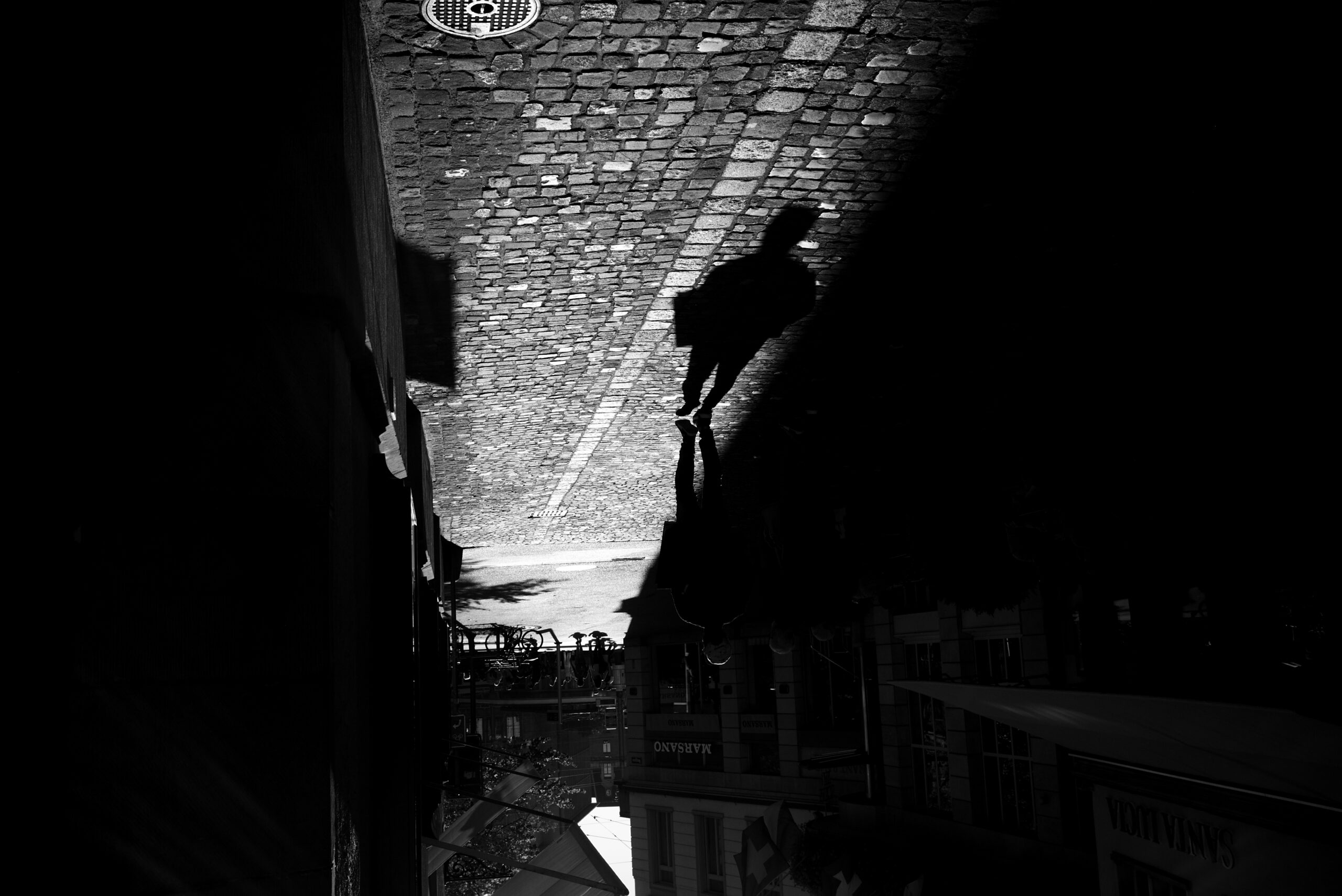 share
subscribe
https://lux-capital.webflow.io/ideas-blog/a-cloaking-device-for-everyone
share and subscribe
https://lux-capital.webflow.io/ideas-blog/a-cloaking-device-for-everyone
Danny Crichton
00:00
00:00
transcript
All our transcripts are made by human listeners and reviewed by our team for accuracy. Though we try hard to keep them error-free, there may be differences between the recorded audio and written transcripts. Please verify any statements in the audio before quoting in print.

Gene Roddenberry, the creator of Star Trek, is believed to have said that “our heroes don’t sneak around” when asked if he wanted Federation starships like the USS Enterprise to be equipped with cloaking devices. Instead, it was the Federation’s duplicitous and violent enemies like the Klingons and Romulans that would have such technology: in a utopian society, you don’t need to hide.

We don’t live in a utopia though, and hiding is a vital right to protect our individual sovereignty. James Scott, in his incredibly influential book Seeing Like a State, writes how governments regularly and often forcefully try to make society legible for its own purposes. Take the concept of the last name. As Scott notes:

The invention of permanent, inherited patronyms was … the last step in establishing the necessary preconditions of modern statecraft. In almost every case it was a state project, designed to allow officials to identify, unambiguously, the majority of its citizens. When successful, it went far to create a legible people. Tax and tithe rolls, property rolls, conscription lists, censuses, and property deeds recognized in law were inconceivable without some means of fixing an individual’s identity and linking him or her to a kin group. (pg. 65)

Scott’s analysis identified and popularized legibility as an area of contest: governments may try to label and categorize everything from people to the land, but citizens can also respond by finding ingenious ways to fight against that encroachment by obfuscating themselves and their local societies.

In short, they cloak themselves — and protect their autonomy.

We’ve seen this legibility contest for years in the evolution of the internet. In its early development, the internet was the exclusive domain of academic researchers, and real names (often connected to institutions) were the norm. Trust was normal as early users often knew each other in real life.

As the internet grew in popularity, that small online campus turned into a veritable megapolis. Suddenly, most people didn’t know others in the community, and worse, nefarious characters started taking advantage of the early implicit trust latent in these contexts. Increasing concerns around privacy led to the origination of pseudonyms and usernames divorced from our real identities.

The contest over legibility continues. Social media platforms like Facebook have made herculean strives to identify every person on their platforms — and even people who have never joined their networks at all. The goal of course is to build a legitimate and full profile of every human on Earth, the better to optimize ads and grow revenues.

It’s a mission that has piqued the interests of many governments, which are building deeper and more comprehensive profiles of people than ever before. China’s “digital authoritarianism” uses extensive software, algorithms, as well as human labeling to comprehensively track the lives of people within its borders, both in the physical world through pervasive surveillance cameras and also online. It’s a system that hasn’t even reached its most advanced stages, and already its capabilities and implications are chilling.

Per Scott, when legibility is intensified, people will rebel, and we once again see that dialectic on the internet. The strongest arguments for blockchains and web3 currently focus on contesting the current web’s panopticon and pervasive surveillance capitalism, to use Shoshana Zuboff’s term. While transactions are public on the blockchain ledger, they are designed to be anonymous, preventing a connection between the digital blockchain and the real-life identity of the user. Such obfuscation is not just technological: pseudonyms are rife in crypto communities, and real identities are culturally not required in these contexts.

Those identities (yes, plural) don’t just prevent snooping from governments or advertisers — they also ensure that complex humans can represent themselves faithfully in different ways to different audiences. Advertisers would love for us to be simple, mechanical and easy to read using their statistical models, but each of us are — fortunately — not that easy to categorize. As Scott writes just about names:

Customary naming practices throughout much of the world are enormously rich. Among some peoples, it is not uncommon for individuals to have different names during different stages of life (infancy, childhood, adulthood) and in some cases after death; added to these are names used for joking, rituals, and mourning and names used for interactions with same-sex friends or with in-laws. Each name is specific to a certain phase of life, social setting, or interlocutor. […] To the question “What is your name?” which has a more unambiguous answer in the contemporary West, the only plausible answer is “It depends.” (pg. 64)

All of which is to say that cloaking devices — not the science fiction variety but just as important — are critical for the future of humanity as the internet and its social contexts continue to envelop all aspects of our lives.

Privacy is a right, but it’s also a status — and one that once lost, is almost impossible to recover. That’s why we increasingly believe that startups which start with privacy by default and build privacy into all parts of their product and business model have a strong probability to succeed in the decade ahead.

One immediate example is today’s funding of the aptly-named Cloaked, where Lux co-led a $25 million Series A round alongside Human Capital, with our partner Bilal Zuberi taking a board seat. Rather than try to protect privacy after the fact, Cloaked makes it simple to protect identity before it’s even revealed to new acquaintances, online stores or any other interaction where identity might be used. We had backed co-founders and brothers Arjun and Abhijay Bhatnagar in their seed round last year, entranced by their vision to make it effortless to create identities from scratch, such as phone numbers, credit cards, usernames, email addresses and more with one click. Now, we are doubling down as the company prepares to launch its product to everyone and deliver the infrastructure layer for convenient privacy on the internet.

That’s not the only investments Lux has made in privacy. Our growth investment in DuckDuckGo is a bet that consumers are increasingly willing to migrate away from the largest tech companies for services that preserve their privacy while offering compelling products. The company’s traffic growth for more than a decade shows just how exponential that vision is for all of us today. Our early bet in Stacks on the blockchain started with its distributed identity service called Onename. Meanwhile, our Series A investment in Fiddler is focused on reducing bias, increasing explainability, and ensuring privacy as AI increasingly expands in the enterprise.

Can everyone eventually be cloaked? And should they be cloaked? The conflict between transparency and privacy will crescendo in the years ahead as more and more consumers discover the downsides of living fully public lifestyles amidst rampant surveillance. It seems obvious that consumers should be able to protect their identities from advertisers when they want to, but what about financial transactions from government oversight? While these debates have been intense and date back years, we see an approach to pivot away from some of those controversies simply by building products that preserve privacy first — avoiding at times the whole question entirely.

A strong democratic society demands that citizens have liberty and agency to pick the course of their lives. Privacy preserves that optionality, and while the pendulum has flung away from privacy the past two decades, we firmly believe the momentum is clearly going the other direction. Everyone needs a cloaking device — yes, even heroes when they’re not sneaking around too.