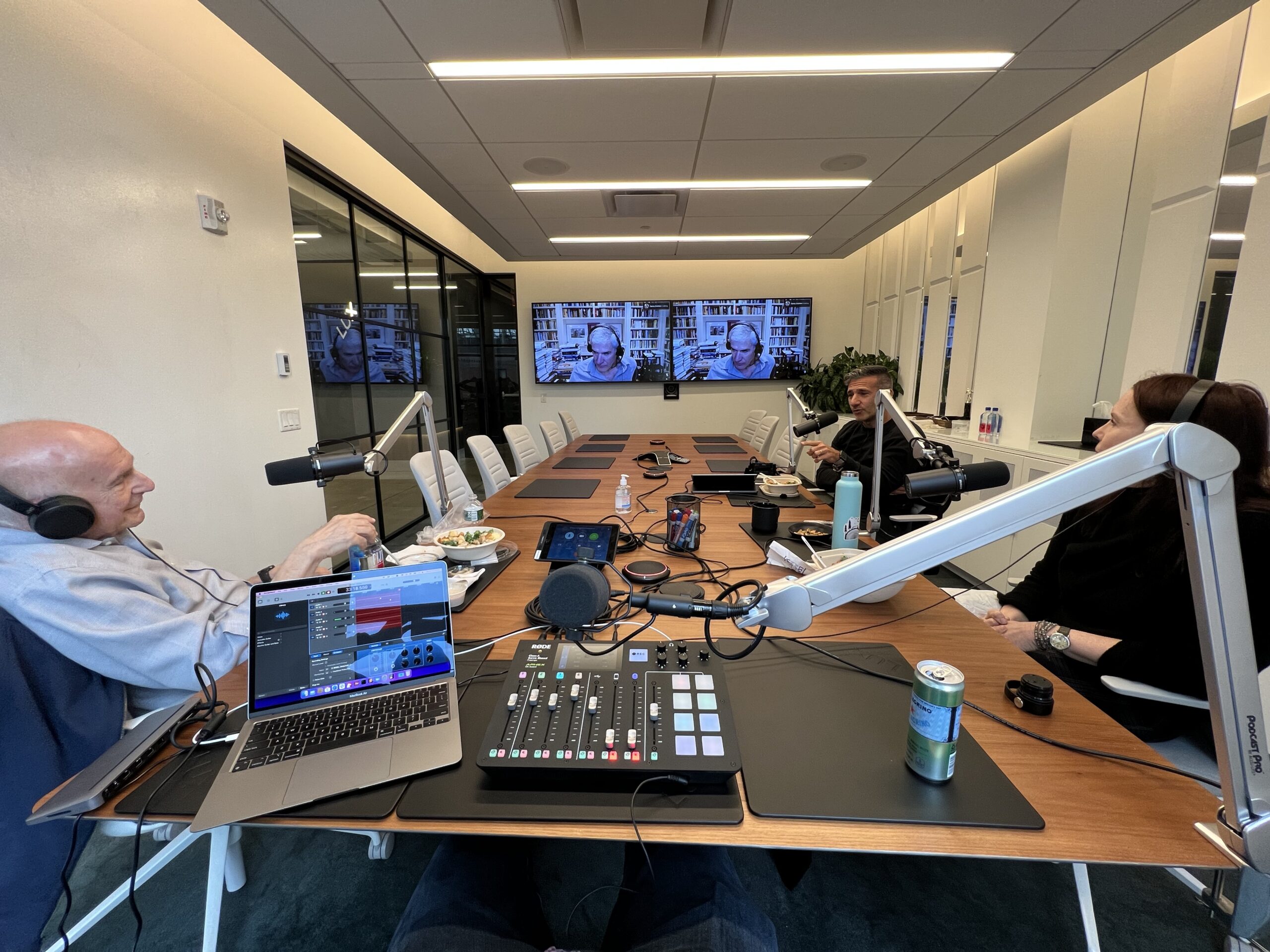 share
subscribe
https://lux-capital.webflow.io/ideas-blog/securities-podcast-risk-bias-and-decision-making
share and subscribe
https://lux-capital.webflow.io/ideas-blog/securities-podcast-risk-bias-and-decision-making
Danny Crichton
00:00
00:00
transcript
All our transcripts are made by human listeners and reviewed by our team for accuracy. Though we try hard to keep them error-free, there may be differences between the recorded audio and written transcripts. Please verify any statements in the audio before quoting in print.

We’ve reached an apex of risk, individually, economically, as a society. Stability has been rent asunder, and the resilience of our support systems from healthcare to supply chains has been all but demolished. Just in this frenzied week of crises, there’s now a nationwide shortage of infant formula thanks to a bacterial infection at a plant in Sturgis, Michigan which forced owner Abbott to recall some formula and the FDA to investigate. Meanwhile, lockdowns in Shanghai have shut down the only factory making CT contrast agents for GE scanning machines, forcing hospitals to ration these types of diagnostics for the foreseeable future. I’d play Supply Chain Shortage Bingo, but unfortunately, the cards are out of stock.

With risks intensifying and rapidly mutating, the emphasis shifts to our ability to perceive these risks and make good decisions under uncertainty. Risk is always omnipresent — even in the best of times, the future is never 100% clear. That means that improving decision-making has enormous value, a value that only rises as the smaller risks of the past have transformed into the monstrous risks of the present.

Lux recently hosted a risk and decision-making seminar lunch with three lauded thinkers who have spent their careers thinking about risk, uncertainty, and the human psychology and incentives of decision-making. Our lunch included Nobel laureate Danny Kahneman whose book Thinking Fast and Slow has been a major bestseller and summarizes much of his extensive work in the field. We also had Annie Duke, a World Series of Poker champion who researches cognitive psychology at the University of Pennsylvania, as well as Michael Mauboussin, the Head of Consilient Research at Counterpoint Global and who has also taught finance for decades at Columbia. Both of them have published influential books on decision sciences.

We’ve edited the conversation and published it as part of the “Securities” podcast, broken up into four segments running just shy of an hour. You can listen to all four episodes on Anchor, Apple Podcasts and Spotify.

The episodes cover a huge amount of ground, but for me, there were three high-level responses I had to the discussion.

The first was in the context of a debate about how easy it is for someone to change their mind once they’ve made a decision. Kahneman bluntly stated that — given his extensive research on human psychology — people just never change their minds. And indeed, it was one of the few statements that all of our participants could agree upon.

Once we have made a decision, we will start to filter and sort all data and feedback we receive into a frame that supports our decision. We consistently seek to reinforce our own opinion and reduce our own dissonance, for the obvious reason that it makes us feel good to be right. Worse, even though economists and psychologists have experimented with a wide variety of strategies and tools to attempt to overcome this bias, we’ve been unable to find a way to make humans more “objective.”

Listening, I was incensed. Liberalism and the Enlightenment values that underpin science, progress and democracy have been under heavy fire in recent years, from a wide variety of actors and for a wide number of reasons. At its core, the ideal of the Enlightenment is rigorous, objective debate that places evidence and proof above human intuition, minimizing and even eliminating our innate biases in pursuit of rational decision-making.

The reality, as shown in experiment after experiment, is that humans have almost no ability to avoid biased framing effects, that there are few to no strategies that can undo them, and even social models like “adversarial collaboration” (where teams solve a common problem but with competition — think scientific publishing) are barely a salve. Much of this isn’t surprising for those who have read Thomas Kuhn’s The Structure of Scientific Revolutions, which showed that science doesn’t progress continuously, but rather that mounting evidence eventually overcomes human reticence and can lead to a punctuated “paradigm shift.”

It’s a perspective that interconnects many of the challenges facing our society today, from free speech on Twitter, to objectivity in journalism, to the bounded rationality of politicians and business leaders. What’s the point of democracy and voting if no one changes their mind? What’s the point of a business strategy session when everyone in the room already has their mind fixed? The experimental evidence here is so overwhelming, and there really hasn’t been a social reckoning of trying to balance those newfound insights with the institutions that govern our society.

That convergence led to my second takeaway during a wide-ranging conversation around the nature of optimism, a quality that is increasingly scarce in these precarious times. Mauboussin triggered the debate by noting that base rates in statistics are clear (such as the average likelihood of a new startup to grow into a unicorn), and yet, entrepreneurs or bettors believe that they can beat the average. Is optimism necessary or even optimal for society?

The good answer is that the general agreement was that no, optimism is not necessary. In fact, Duke argued that it’s hard to believe that miscalibrated optimism could possibly be beneficial — ultimately, if you are making bets that are unlikely to succeed, that by definition leads to a poor aggregate outcome.

That said, she emphasized the importance of distinguishing between risk appetite and optimism. Optimism is a type of miscalculation: We believe that things are less risky than they truly are. That leads to poor outcomes, since it means we will take bad risks that we should otherwise avoid. But, risk appetite is about faithfully evaluating risks, and actually following through on the right bets when the probabilities are in our favor. As she describes herself, she’s a pessimist, but has a large risk appetite.

Kahneman also made a useful distinction between planning and execution, noting that optimism is bad in planning but useful in execution. You don’t want to be surprised by how a plan goes wrong because you were too positive about its potential, but once a plan is in motion, optimism can amplify a team’s performance and lead to better outcomes.

Third and finally, one of the most interesting observations I heard during the conversation came from Duke and her experience playing poker. Ultimately, all hands are random draws of cards, and the odds that my hand is better than yours are probabilistically fixed before I look at them. The most crucial point about probability in poker isn’t that the odds are fixed, it’s that you can play the game in a way that you never find out what the hands of the other players are.

It’s a philosophical view that perhaps obviates the reverting power of base rates. If we never find out what our draw is, then we never discover its actual probability of success. If a founder sells a startup early, we will never find out whether it would have grown large or collapsed if it had continued on. In fact, one form of optimism is what Duke dubbed the “counterfactual cloud of what ifs” — the fact that in general, humans will want to turn over their cards because they’d rather lose than never know whether they could have won.

And that’s perhaps the best philosophy one can have in a world where many bets are diving off a cliff right now. Our best decision may well be to never have to look at the outcome of our decisions at all, to never actually watch as we return to declining base rates. We need to avoid that counterfactual cloud, and to do that, we might need to change our minds — and we all know how hard that is.