The robot revolution will be banked 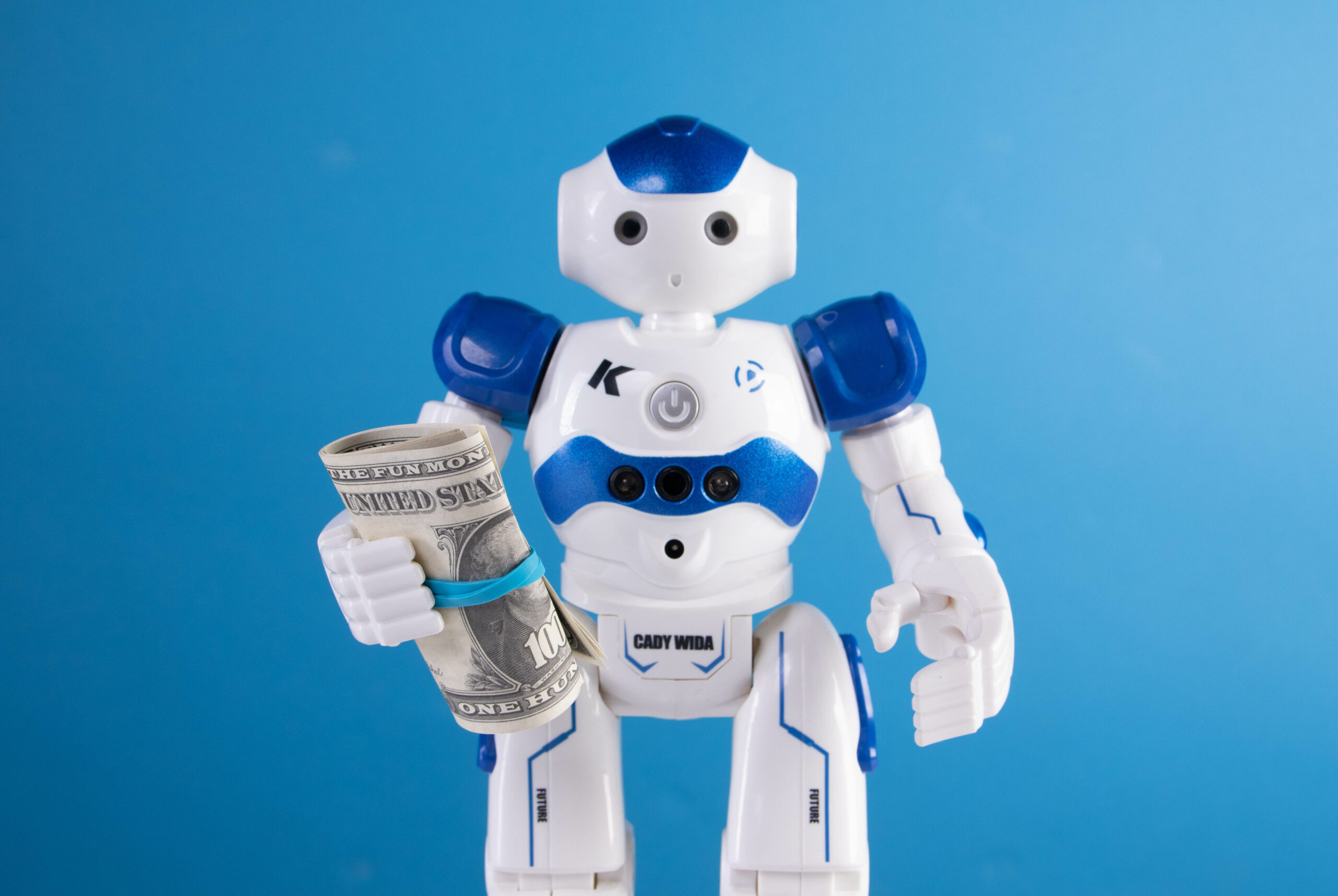 share
subscribe
https://lux-capital.webflow.io/ideas-blog/the-robot-revolution-will-be-banked
share and subscribe
https://lux-capital.webflow.io/ideas-blog/the-robot-revolution-will-be-banked
Danny Crichton
00:00
00:00
transcript
All our transcripts are made by human listeners and reviewed by our team for accuracy. Though we try hard to keep them error-free, there may be differences between the recorded audio and written transcripts. Please verify any statements in the audio before quoting in print.

Few technologies regularly strike the collective amygdala of our brains quite like robots. There’s the violence, the thousands of drones slashing through the air in dogfights while terrestrial assassin robots icily eliminate their prey. Then there’s the economic fears that robots are scarfing all the jobs coupled with the social fears that in the future, robots will represent an upper class who dominant their emotionally turbulent and unreliable human serfs.

For all those fears though, robotics and automation more generally have been vital to the quality of modern life. Automation in factories produces more goods with less materials and human work — giving us abundant and inexpensive products. No-code tools, machine learning, and software like Excel have automated a vast range of knowledge work. Then there are the appliances — that great robotic revolution of the twentieth century that can be so easy to forget. Automatic washing machines and dryers alone have eliminated billions of hours of laundry labor, transforming the lives of women in particular who disproportionately handle household work.

Far from being terrifying, robots have drastically improved our lives for the better, and we want more of them as soon as possible. Yet, there have been serious barriers to delivering the next iteration of robotics, barriers that are starting to lift with new innovations in technology and finance.

First, designers have struggled to build robots which can perform many of the simple physical tasks that humans can intuitively do. As discussed in Race Against the Machine by Erik Brynjolfsson and Andrew McAfee and their follow-up work The Second Machine Age, there’s been a strange irony in robotics and automation: some of the hardest tasks for humans are the easiest for robots, and vice versa.

For instance, software “robots” can easily process billions of images to identify objects, or interpret thousands of corporate contracts to search for problems that need addressing (which is one reason why Lux invested in contract-management software Ironclad). These are tasks that quickly tire even the most assiduous human worker, and at which computers clearly excel.

Symmetrically though, there are tasks that robots still can’t handle all that well. Weeding a garden is a task that humans can do as soon as they have basic hand-eye coordination (and enough supervision to use tools without injury). Robots though can struggle both to identify weeds, and then handle the tools with the force required to remove weeds without damaging other nearby plants.

That strict duality has changed in the decade since Race Against the Machine was published. Today, far from replacing humans, robots are increasingly designed to work in tandem with humans, augmenting each other’s weaknesses. In many cases, that has required rationalizing a complicated task through careful design. For instance, humans might still pull weeds themselves, but drones will fly overhead and identify where the next ones are, saving time.

Better organizational design coupled with major strides around motion and sensing have changed the technology outlook for robotics and made them much more feasible for a wide range of applications.

However, there is an even tougher barrier to deployment than technology, and that’s finance.

Robots are “expensive,” sometimes literally and sometimes just in accounting terms. Buying a robot is a capital expense, while hiring a human to do the same work less efficiently is an operating expense. That’s fine if you are a large manufacturer with the balance sheet to swing the difference, but it gets more challenging for the millions of small businesses and other applications where robotics would be productive and profitable but can’t be afforded.

We’ve actually seen this exact story before. Software is extremely valuable for automating knowledge work, but it can also exact a hefty capital expense for its coding and implementation. Large companies have been digitizing for years, but small businesses without large IT budgets have had to avoid it for years until modern SaaS and no-code tools democratized access with better financial models. Instead of hiring consultants for hundreds of thousands of dollars first, these platforms offered metered pricing and no upfront costs. It was a financial revolution, even more than a technological one.

We’re now seeing the same pattern in hardware robotics. Tech advances in robotics have already arrived, but there is a major financial gap that requires closing before they can be widely dispersed across the economy. There are useful robots just sitting on shelves waiting to be installed since few companies can afford to buy them. But, we know that they are useful, will provide economic value, and can last years — more than amortizing their cost. In short, there’s economic surplus just waiting to be captured.

So the next generation of robotics companies are learning from their predecessors and fixing finance first. The formula? Pay-as-you-go financing with limited to no upfront cost and economic models that are incentive aligned with customers based on realized workplace productivity.

We have a number of bets coming up in this space, with hopefully more on the way. One of them is Formic, where we announced our lead investment in the $26.5 million Series A round this week led by Shahin Farshchi. Formic is focused on “robots by the hour,” by which they mean a fully-managed robotic service that offers risk-free automation and painless integration. It marries the best of robotic tech developed over the past two decades with the needed financial innovation that actually allows these units to be affordable today.

Will Knight at Wired had a nice overview this week in a piece titled “Now You Can Rent a Robot Worker—for Less Than Paying a Human” that's worth checking out. He talked to Polar, which manufactures a variety of metal products:

The fact that Polar didn’t need to pay $100,000 upfront to buy the robot, and then spend more money to get it programmed, was crucial. [Polar’s Jose] Figueroa says that he’d like to see 25 robots on the line within five years. He doesn’t envisage replacing any of the company’s 70 employees, but says Polar may not need to hire new workers.

Even as our cultural zeitgeist intensifies fears of swarming death robots and wide-scale economic disruption, the reality is far more uplifting: robots, when offered with the right financial package, can drastically increase productivity while improving the lives of human workers, not replacing them. Fears of robots may make for good television, but their installation make for good economies. Now that a focus on fintech is underway, the robot revolution will be banked.