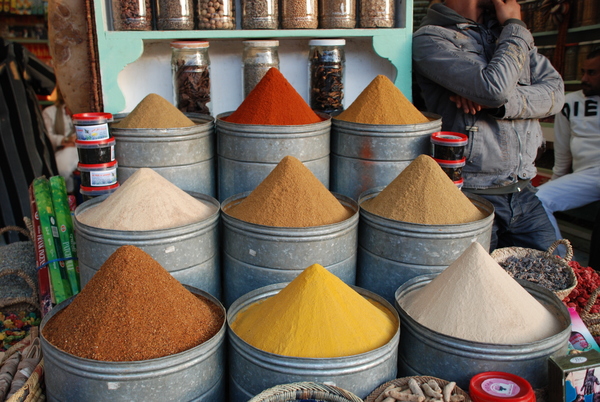 share
subscribe
https://lux-capital.webflow.io/ideas-blog/securities-by-lux-capital-deextinction-of-taste
share and subscribe
https://lux-capital.webflow.io/ideas-blog/securities-by-lux-capital-deextinction-of-taste
Danny Crichton
00:00
00:00
transcript
All our transcripts are made by human listeners and reviewed by our team for accuracy. Though we try hard to keep them error-free, there may be differences between the recorded audio and written transcripts. Please verify any statements in the audio before quoting in print.

Arbesman on the deextinction of taste

Lux’s scientist-in-residence Sam Arbesman writes on the potential for retuning tastes of antiquity to our modern palettes:

In the past few years, there has been a flurry of discussion and research around deextinction: using biotechnology to bring species back from extinction. Of course, this has generated a great deal of debate, from how to best to accomplish this to what might be its unintended consequences. But I’d like to think about something smaller-scale: instead of focusing on entire species, what about bringing back the flavors that have gone extinct?

Does this mean trying to create a lab-grown version of a mastodon burger? I guess it could, but I’m thinking more about the herbs and spices that have vanished over the millennia to extinction, or, more broadly, the foods that humans have eaten within historical memory that have been lost (there is even a book by Lenore Newman titled “Lost Feast: Culinary Extinction and the Future of Food”). Particularly, if we could bring back these flavors, potentially even without growing the entire organism, we might recreate foods and cuisines of bygone eras: a single bite could transport someone to ancient Rome or to the Middle Ages.

Something like this has already been attempted in the world of fragrances. Several years ago, a team that included researchers from Ginkgo Bioworkssequenced the DNA of several flowers that have since gone extinct (the samples were drawn from the Harvard Herbaria) and used that information to determine how their genes might generate fragrant molecules. And others have proposed bringing back entire extinct plants, or other specific fragrances.

There are many options here for flavor deextinction, though one intriguing plant jumps out to me as an exemplar: silphium, an ancient Roman kind of fennel that was used in cooking, perfume, medicine, and even as a form of birth control. Of course, if we don’t actually have a sample of this extinct plant any longer (unlike those dead flowers), bringing back its flavor or its fragrance is much more difficult. It would involve using evolutionary biology to reconstruct what its genome might look like, or at least the relevant proteins for the pathways involved in its flavor. There would be a lot of guesswork and historical detective work. To give you a sense of how quickly information is lost in this space, dodos were actually thought to be mythical almost immediately after their extinction, until the nineteenth century.

Imagine a project (or even a company) focused on the recreation of extinct flavors and fragrances, and then producing them at scale. It would blend history and archaeology, evolutionary research, culinary science, synthetic biology and metabolic engineering, all in service of transporting the eater to another time and place, collapsing these distances of history.

There are a lot of gaps and assumptions in all of this, and whether this is all feasible is very much an open question. But as one article about the deextinction of plants notes, there were “bygone melon varieties eaten by ancient Egyptians, and others that, according to legend, were so good a Renaissance-era pope died after overdosing on the sweet, pulpy fruit.”

If we might be able to bring back such forgotten tastes, isn’t it worth a try?

The Beijing Olympics officially opened yesterday with a Xi-Putin joint message of solidarity, showing once again that the Olympics can bring together dictators around conviviality and power like few spectacles can.

With fireworks in the background and the one year mark of the BidenAdministration passing by, the chattering class is starting to assess the status of America’s response to China’s rise. Let’s just say that unlike Hanyu Yuzuru, America’s attempt at a quad axel jump in diplomacy remains a very distant dream.

Bob Davis, who until recently was a lead writer on U.S.-China trade coverage for the Wall Street Journal before retiring, penned a piece for Politico this week observing that the administration’s entire economic strategy for Asia remains roughly 2.5% the length of this humble newsletter:

But 13 months into the Biden presidency, the administration’s plan for competing in the region consists of a single 51-word paragraph … They say they are only at the start of a months-long process to develop an Asian economic plan — but as yet, that paragraph is the closest thing to a public strategy that the White House has announced.

The paragraph lists a half-dozen topics where the U.S. will seek agreements with Asian nations, including on infrastructure, climate and digital technology. But so far, the White House has not released any supporting documents or held any press briefings to explain its plans, and Biden officials acknowledge they haven’t come up with specific proposals yet.

The challenge is, of course, politics and the factionalization of the response to China. Free traders, anti-free traders, globalists, nationalists, engagers, anti-engagers, pragmatists, idealists, fatalists — you’ve got them all trying to cohere around a strategy, the outline of which any one faction (and probably many) will immediately defect. “But the more specific the plan gets, the more the political constraints kick in,” Davis writes, observing pithily, “The result: inaction. Policy options are debated, teed up for release and then pulled back — a kind of vaporware China economic policy.”

The U.S. and the West are taking small steps, but ones that may well do more harm than good to our technology sector. On the “Securities” blog, I wrote about how Berlin declined to approve the acquisition of Germany-based Siltronic by Taiwanese competitor Global Wafers. It’s a decision grounded in technology sovereignty, but one that will ultimately damage Siltronic, the only Western provider of silicon wafers among the top five companies by market share. With strategic M&A options off the table, its value in the eyes of investors is consequently lessened, ultimately limiting its ability to raise the capital it needs to compete with Japanese, Korean, and Taiwanese firms.

Meanwhile, the U.S. Commerce Department is working to build what I dubbed this week a “nuclear option” to shut down apps that it deems a threat to national security, with a very clear eye focused on TikTok (which at this point seems to be walloping Meta Platforms aka Facebook). There are clear and valid concerns about privacy (particularly around China), but much like the administration’s strategy toward Asian economies, there’s similarly no strategy around data privacy. If China shouldn’t see an American user’s data, why should Russia, or Saudi Arabia, or Europe, or Canada or even just Google?

Countries are not startups or companies — they have a broad spectrum of valid views and interests, and it’s fair to say that managing a democracy of 330 million is complicated. Yet, our competitor faces no barrier to developing and implementing comprehensive strategies. China’s blueprint for … well, pretty much everything has been published and is regularly updated. As can be seen in books like Rush Doshi’s The Long Game: China’s Grand Strategy to Displace American Order, China has centered much of its strategic planning on defeating America, the West, and the liberal international system that they built.

Let’s just say it is much longer than 51 words.

There is only one way forward, and that is action. Inaction is a policy, as is spending more than a year to assemble a few words in a document while continuing to debate in corridors and wood-paneled conference rooms. When things are going badly, you sometimes just have to set out and jump in one direction. It won’t be a quad axel, and it won’t be graceful or score well with the judges, but at least you will be on the ice, competing.

People, not projects, but what about scientific tools?

The software landscape for bio laboratory work has improved over the past decade. Companies like Benchling and Strateos (we’re proud backers of both) have brought the ease of use of consumer software to the wet lab, allowing for easier management of the rapidly accelerating quantities of data that scientists produce these days.

Yet the rest of the landscape is still a kluge, and it’s slowing progress in the field.

The result is that principal investigators and graduate students share their code online, code that has no long-term funding to ensure its maintainability — even when it becomes critical to lab workflows. As Hershberg concludes, “The short-term panacea of abundant free software in the life sciences has allowed funding agencies to carry on with the existing investigator-based grant model, without ever rigorously evaluating how to fund software development directly.”

Software projects do not make “great” science work. It’s hard to get citations, it’s hard to build a track record, it’s hard to submit for tenure with code printed and stapled together. And yet, software is — quite literally — the operating system that empowers all of the biological sciences to continue functioning.

While there are a few lucrative veins here for VC-funded software innovation (and we are always on the lookout for these opportunities!), the reality is that much of lab software doesn’t make scalable commercial sense. Open-source approaches are going to work better, presuming that they can be maintained. Nadia Eghbal, who was funded by the Ford Foundation to investigate open-source sustainability, wrote a great book called “Working in Public: The Making and Maintenance of Open Source Software” that cataloged the ways to make such work more visible and viable.

Sam Arbesman has been quite focused on finding new ways to design scientific funding institutions. But we need to do more than just find better ways to fund the right people — we also need to make sure the systems that underpin the great scientific work happening in the twenty-first century get their due as well.