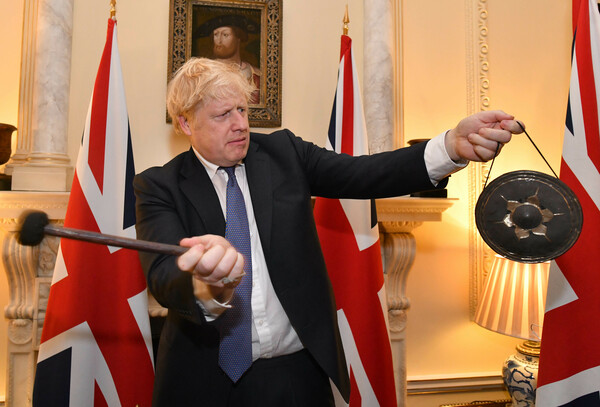 share
subscribe
https://lux-capital.webflow.io/ideas-blog/securities-by-lux-capital-dissonant-loops
share and subscribe
https://lux-capital.webflow.io/ideas-blog/securities-by-lux-capital-dissonant-loops
Danny Crichton
00:00
00:00
transcript
All our transcripts are made by human listeners and reviewed by our team for accuracy. Though we try hard to keep them error-free, there may be differences between the recorded audio and written transcripts. Please verify any statements in the audio before quoting in print.

Dissonance reigns. Hard-fought episodes of tranquility are shattered as undercurrents of feverish discontent surges through the surface. The venture industry, slammed by plummeting valuations earlier this year, spent much of the winter and spring fortifying balance sheets and rapidly triaging portfolios. That chaos has transformed into relative calm this summer, with VCs perspicaciously analyzing the environment and voyaging on long-delayed vacations (I get all of the autoresponders to this newsletter — everyone is traveling wide and far).

Yet, the winter of our discontent has not been made a glorious summer. Quite the opposite — the eerie quiet of venture the past few weeks has been punctuated by a great morass of global macro disturbance.

Josh Wolfe wrote in our last Lux Quarterly Letter on the theme of “Entropic Apex” — that we’re reaching a period of peak chaos as the economic, social and political systems undergirding our world break and are rebuilt. That tumult doesn’t exist in a vacuum; it courses through our veins, and necessarily elicits an emotional response:

It can be easy at the Entropic Apex to want to smash and destroy. Anger is a natural reaction to the overwhelming chaos we experience. It is natural to want to smash a broken pot. There is an alternative: to create in the face of adversity, to use the challenge as the impetus for evolution and growth. The reason we love the founders with chips on their shoulders is that they’ve often endured unenviable adversity. And sometimes they need just one more ingredient before beyond merely believing in themselves––they need others to believe too.

I’m hopeful for the creative energies to come, but one can’t help but feel the vitriol of billions wanting to smash already-broken pots.

The news this week was truly dizzying, overwhelming and strangely mercurial (and probably changing even more before I can hit the send button on this newsletter). We saw:

… The Economist could move from a weekly to an hourly publication and still fill its dense pages.

(Editor’s Note: After I finalized this newsletter Thursday night, news came out Friday morning that former Japanese prime minister Shinzo Abe was assassinated by an armed assailant. It’s a shocking event in a country known for its low levels of violence.)

It’s not just that we are crescendoing to the apex of Entropic Apex, but more pressing is the increasingly visible negative feedback loops that are feeding these interconnected crises. Higher consumer prices across a range of goods — most notably energy but also food — are inflaming tensions and animosity across the world. That’s leading to more labor actions, further stressing supply chains, leading to higher prices, leading to more protests, and onwards in an infinite helix of doom.

That discontent is burbling into politics across much of the world, and particularly in Europe. Weak governments in France, Britain, Italy, and Germany are disintegrating the bedrock that holds Europe together. Meanwhile, while Russia has faced significant economic damage from its war on Ukraine, and China likewise has suffered under its increasingly authoritarian zero-Covid policy, both countries seem — at least to the naked, untrained eye — to be surprising bastions of controlled tranquility.

The basis for these different outcomes is ultimately state capacity. Eli Dourado at the Center for Growth and Opportunity argued a few weeks ago in a short piece that “State capacity eats interest rates for lunch.” He pleas for a simple model of the world:

In practice, however, interest rates matter a lot less than state capacity, the ability of a government to effectively accomplish its policy goals. When bad policies and poor governance make projects expensive to complete, then the cheaper cost of money due to low interest rates is swamped by the sheer magnitude of a project’s costs. Good governance matters more than interest rates.

What’s been surprising is not that these succession of crises are happening, but that so many of them were predictable and eminently avoidable, or at a minimum, solvable. Germany and wider Europe’s reliance on Russian gas was always going to yoke the continental project to the whims of the next tsar. The economic collapses in Sri Lanka and Ghana were years in the making, although in many cases obscured by the positive façade of economic data. U.S. supply chains were always distended and fragile — right up until they broke. Just in time is now out of time.

Men and women — citizens — should be called to take up the mantle of solving this succession of calamities. Or as we put it earlier in our LP letter, “to create in the face of adversity, to use the challenge as the impetus for evolution and growth.”

State capacity has reached a nadir for much of the West and the industrialized world. As I wrote back in February in “Consensus functions”:

America and much of the West escaped that lack of deep consensus simply through abundance. Multiple values and tradeoffs could be supported by building institutions that allowed them all to coexist. Venture funds can’t make every investment and scientists can’t accept every contradictory result, but wealthy nations can support a wide range of consensuses, each underwritten in parallel.

Well, the abundance is gone and now the dissensus is obvious.

What we have seen so far in this destructive phase is a completely limp and listless response to challenges that are hardly the toughest we’ve ever confronted. We’re talking supply chain disruptions, a phenomenon that’s modelable, controllable, fixable. If America can build the arsenal of democracy and fight fascist dictatorships in two theaters during World War II, we can deliver infant formula and put a consistent number of planes in the sky. We can get ships to port, unload said ships, and propel those vessels back to where they came from. We know how to build factories, and we know how to build them fast. That’s as true in America as it is England as it is in France.

The chaos we are seeing is a choice. Jean-Paul Sartre, in his lecture “Existentialism is a Humanism,” said that:

Quietism is the attitude of people who say: ‘Others can do what I cannot do.’ The doctrine that I am presenting to you is precisely the opposite of quietism, since it declares that reality exists only in action. It ventures even further than that, since it adds: ‘Man is nothing other than his own project. He exists only to the extent that he realizes himself, therefore he is nothing more than the sum of his actions, nothing more than his life.’ … In life, a man commits himself and draws his own portrait, outside of which is nothing.

We’re committing to drawing no portrait, just thrashing and yelping in anguished horror. It’s time to redirect that venomous energy, that vituperative spirit, and guide it to the creative solutions we need heading forward. The Entropic Apex can be a moment of incredible creativity, for adversity and its constraints are the first step to invention. But we need leadership and coordination — and that remains perilously absent in a tough world.

There’s never been a greater opportunity to make a difference, and less interest in doing so. That’s the dissonance in our discontent.