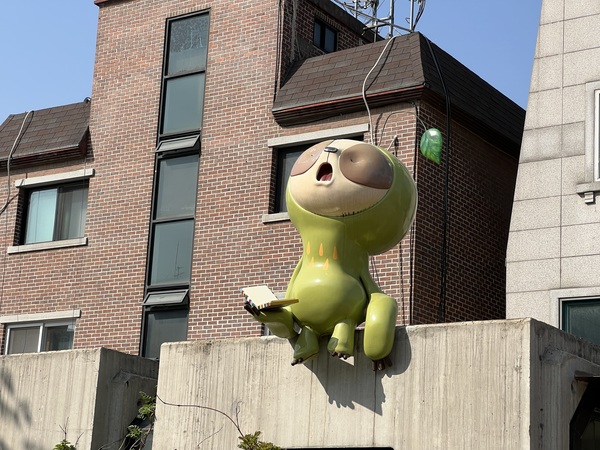 share
subscribe
https://lux-capital.webflow.io/ideas-blog/securities-by-lux-capital-easternization-of-media
share and subscribe
https://lux-capital.webflow.io/ideas-blog/securities-by-lux-capital-easternization-of-media
Danny Crichton
00:00
00:00
transcript
All our transcripts are made by human listeners and reviewed by our team for accuracy. Though we try hard to keep them error-free, there may be differences between the recorded audio and written transcripts. Please verify any statements in the audio before quoting in print.

I’m traveling the next few weeks in Seoul, South Korea, and it’s always a delight to return here and see the technological ambition of this Asian Tiger’s entrepreneurs. South Korea has transformed into a major crypto innovation hub (arguably second only to the United States), a vanguard in climate tech and increasingly a content powerhouse as well. That’s from a startup ecosystem that was all but nonexistent a decade ago when I first lived here as a researcher.

While there’s lot to talk about, it’s the content side that I am interested in today though. As a former managing editor and foreign correspondent, I try to avoid talking about the media here on “Securities”, if only because media navel-gazing is an affliction that seems to infect every news reporter and industry executive. But after a few weeks of talking about multi-spectrum CT scanning, color revolutions, bioweapons and nuclear fusion, it seems as good a time as any to check in on the state of media in 2022.

And what a time it is, because three major bombshells dropped the past two weeks in American media which together seem to indicate what a linchpin the year 2022 is going to be for the industry and America’s standing in it:

What connects these stories together is not just their massive financial scale, but also what they say about the future of American media. Consumer tastes are changing, and the incumbents are clearly struggling to adapt. The top American video streamer, a major American cable channel, and a stalwart of American social media are all finding themselves in serious financial trouble. Netflix is struggling to build its content library amidst an onslaught of competition from Disney, Apple, HBO Max and others. CNN wants to pivot to digital streaming at a time when provocative streamers already saturate the news airwaves on YouTube and TikTok. And the latter app, of course, is sucking the life out of Twitter and Facebook. As someone who recently decamped to Lux Capital from TechCrunchparent company Yahoo, all I can say is: even the most powerful and impregnable of internet companies can be wiped away in just a few years.

There was a bright spot for Netflix though, and it’s one that was particularly relevant to me sitting here in Seoul. Netflix lost subscribers in all its measured regions except for Asia-Pacific, where it gained a bit more than 1 million net new subscribers. Part of the reason is the region’s sheer scale — with more than 2 billion people, there’s just more potential customers. But the other part is that Asia-Pacific is increasing its relative influence in global media.

The United States has been unrivaled in global media for decades, driven by Hollywood’s outsized budgets and quality storytelling. That hold is still strong, but looking less durable, particularly in emerging markets. The frenetic innovation happening in Asia today around media makes the massive initiatives like CNN+ and the ill-fated Quibi look like absolute foolishness.

The future of media is increasingly community-driven, interactive, and visual. Video games are dominating here, which got a huge boost during the pandemic as other forms of entertainment like live shows were restricted. Asia is the epicenter of the gaming industry, on both sides of the market. Even China, which has mostly failed to export other forms of media, has found broad success in gaming, triggering growing concerns among geopolitical analysts.

TikTok, which is owned by Beijing headquartered ByteDance and is the world’s most valuable private startup company, is the clearest example of how the world’s media ownership is changing, but it isn’t the only one. South Korea has become a media powerhouse across music, TV, and video games, and the country is putting a massive stake into the future of the metaverse to boot.

Kakao Entertainment, which is hardly a household name in the United States, has been particularly buzzy. It crossed $1 billion in revenue last year, the result of a strategy of glueing dozens of media businesses together, from streaming platforms and production companies to talent agencies and analytics businesses.

Meanwhile, Naver, one of the country’s top internet companies, is targeting 1 billion active users by 2026. A major search engine and cloud company, one of Naver’s bright lights is in the “webtoon” business, which as it says on the carton are cartoons designed for easy scrolling on the web. Webtoons, which crossed the billion dollar sales threshold in 2020 for South Korean platforms, have become a key originator of new stories: Netflix’s show Itaewon Class, for example, started off as a webtoon before transitioning to a television series. The company has been on an M&A spree to pull in more stories to flow into this business, such as buying popular fan fiction platform Wattpad for $600 million last year.

That sort of cross-media approach is extremely common here in Seoul. Webtoons are relatively cheap to produce compared to video productions, and are a great experimental media. Because webtoons are serialized, they can develop audiences over time, who regularly pay for new installments. With a built-in audience, the risk to underwrite more expensive media like shows or video games is reduced, and fans can quickly popularize the new production, cutting marketing costs (or enhancing their effectiveness).

Yet, where all this gets interesting is seeing how Asian internet giants are starting to stitch together artificial intelligence, the metaverse, crypto, and media together to rethink what content will look like in the coming decade.

There have been concerns for years around deepfakes, or the ability of AI algorithms to reproduce a person’s appearance or voice in order to create collateral for disinformation campaigns. Yet, synthetic media has a bright side: it can allow for a level of personalization in media that has never before been possible.

Cameo has had major success in the U.S. with its marketplace for consumers to buy short video messages from celebrities, perhaps as a birthday gift to a fan. Korean fan community platforms Weverse and Universe though want to eventually offer that service based on AI. Today, they are mostly communities where K-pop artists can speak directly to fans. But as synthetic voice and video become more compelling, it’s foreseeable that musicians could speak individually to fans one-on-one, with well-crafted but flexible scripts to increase realism and engagement. Indeed, as I included as a recommendation a few weeks ago, South Korea’s government has put $187 million into metaverse platforms to try to take pole position in this nascent market.

All of this is early, and yet, the trajectories from here seem quite clear. For the United States, the challenge is incumbency risk. Facebook, now Meta, is trying to reinvigorate its sapped platform with its forthcoming metaverse. But it’s hard to see how a large, monopolistic bureaucratic incumbent can take on the extensive experimentation happening on the other side of the world. Massive dollars are trying to save Twitter and CNN and Netflix, which would probably be better spent rebuilding media instead of rescuing it.

In short, the winds of change are blowing, and they are blowing in from the East.

This was the headline for a provocative piece in The Atlantic by Jonathan Haidt, who has extensively written on the so-called culture wars and the growing polarization and closed-mindedness of American citizens and American political discourse. Deena Shakir here recommended it, and Josh Wolfe wrote a viral tweet thread summarizing the epic 8,000 word piece:

The introduction of every new form of media inevitably leads to critics concerned that society will collapse given that information is now freer. The printing press would destroy the Church, radio would cause the demise of democracy and encourage the rise of fascism, and now we see concerns that social media is the end of Enlightenment values of debate and reason. There is definitely a critical consensus that social media is uniformly bad — just take a look at the sheer number of books published in the past few years with that theme as the subject.

Is social media different than all previous media revolutions? The answer is: of course not. The disconnect is that these changes in media often take decades — sometimes even centuries — for society to adapt to their capabilities. There has been acute attention placed on developing “media literacy” skills, but that’s what human civilization has done every time a new technology has changed communications. Unfortunately, it’s a slow process, and often one that requires new generations to be born who are adept at using these new technologies and giving up past ways of conveying information.

Podcast: Chip demand and the future of the climate

Over on the “Securities” podcast, I chatted with Shahin Farshchi and Lux portco Mythic’s CEO and founder Mike Henry on a major debate in the semiconductor industry: how should the energy-guzzling sector address climate change? We talk about the future of chips, and particularly the high climate costs of cryptocurrency, with Henry offering a blistering take on Bitcoin.

Listen to the episode on Anchor (which also has links to Apple Podcasts and Spotify).