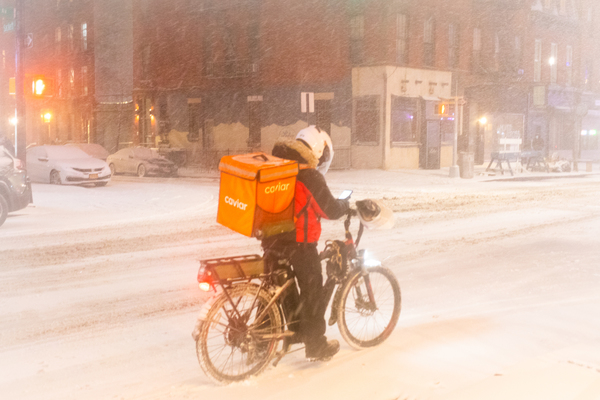 share
subscribe
https://lux-capital.webflow.io/ideas-blog/securities-by-lux-capital-equity-ownership-and-crypto
share and subscribe
https://lux-capital.webflow.io/ideas-blog/securities-by-lux-capital-equity-ownership-and-crypto
Danny Crichton
00:00
00:00
transcript
All our transcripts are made by human listeners and reviewed by our team for accuracy. Though we try hard to keep them error-free, there may be differences between the recorded audio and written transcripts. Please verify any statements in the audio before quoting in print.

I popped over to Boulder, Colorado briefly this week for a moderated conversation on antitrust and the future of big tech with Nathan Schneider, a professor of media studies at the university there and who wrote “Everything for Everyone: The Radical Tradition that Is Shaping the Next Economy” and is currently editing Vitalik Buterin’s new collection of writings coming in September, “Proof of Stake: The Making of Ethereum and the Philosophy of Blockchains.”

One of the threads that held together the conversation was on the future of ownership and equity — how should technology be operated and owned by its users? It’s an electric question given that antitrust investigations have sprung up all around the world and there appears to be trans-partisan support for rethinking the institutions that offer technology to the public, at least in the United States and in much of Europe.

Nathan has looked at several alternative models to shareholder corporations, most notable co-ops owned by workers, arguing that instead of capital renting labor, labor should rent capital. Indeed, the balance between labor and capital is probably the single most important question of our era given automation and the titanic inequality seen throughout the world.

He offered the local example in Boulder of Nosh Delivery, a restaurant-owned, community-driven service that was built during the pandemic to offer an alternative model to the big shareholder-backed companies that dominate food delivery, namely DoorDash, Uber Eats, and Grubhub. It was even subsidized by the city government, which offered the startup$75,000 earlier this year and a total of about $164,000 to subsidize the costs of deliveries, where fees are capped. As of December, the service had delivered tens of thousands of meals from 85 local restaurants.

Then, suddenly, the death knell rang. Last month, Nosh shut down operations. In an interview with the Boulder Reporting Lab, director of operations Nick Graham explained what went wrong:

The competition in Boulder is crazy. There’s probably eight to 10 delivery companies: DoorDash, Grubhub, Uber Eats, Postmates, Fetch and other convenience delivery services. The amount of money those companies dropped into Boulder around the time of the pandemic was astronomical. We put up a pretty good fight, but the fact of the matter is DoorDash, Uber Eats and Grubhub have not profited one year since they’ve been founded. They lose money every year.

They are massive capital investment companies, for lack of a better term. So they bring in more investors year after year to make their numbers look good. And their goal at the end of the day is just like Uber and Lyft: They want to be the last company standing, and they can recollect their losses for the rest of their lives. It’s market share for them. At the end of the day, we couldn’t operate at a loss for as long as these companies could.

Nathan reiterated these points during our conversation: co-ops and other alternative models to shareholder corporations inevitably fail because they can never compete with startups that raise massive capital investment/

It’s true that food delivery, which is segmented by geographic market, is particularly challenging for competitors. If Uber Eats builds up a dominant market share in one city, it can use its profits in that market to cross-subsidize another market it wants to win as a loss leader. That’s basically been the strategy of Uber, Lyft, and DoorDash from their founding. If Nosh had to compete with other food delivery services that were exclusive to Boulder, the competition would be much fairer.

It’s a reasonable line of argument, but I think it overlooks two important points. First, there is serious capital investment required to scale a food delivery service. Building an app requires expensive upfront developer resources while extensive early marketing is needed to acquire both restaurants and users to create a flywheel for network effects. While open-source developers could theoretically write the code for free and a whole city could learn about a new service through word of mouth to mitigate those brand marketing costs, realistically these services will almost always need extensive early capital to grow.

Second, while it might seem obvious that once a startup dominates a geography that it gets to “recollect their losses for the rest of their lives,” evidence points to the opposite conclusion in this market.

Here in New York City, the latest competition in food delivery has come from Chinese food delivery, where the trio of Fantuan, Chowbus, and HungryPanda have made major inroads against Grubhub and DoorDash, which are the two local dominant competitors. It’s a classic incumbent disruption story: target one user demographic (Mandarin speakers and people who want Asian food), build a better app (localized into Mandarin and also offering more thoughtful categorization of regional cuisines) and run differentiated marketing to win customers. In Flushing Chinatown, the three companies are ubiquitous with nary a DoorDasher in sight.

In fact, we’re seeing exactly this competitive pattern across a whole range of big tech companies. Facebook was the ubiquitous and monopolistic social media and adtech company that supposedly needed antitrust authorities to dislodge it. Now investors have halved its share price as they increasingly realize that it is rapidly losing market share to ByteDance-owned TikTok. Netflix was the dominant video streaming service, and now it is embattled as it competes with Disney+, Paramount+, Apple+ and other pluses. Google may still dominate search, but companies like DuckDuckGo(which is Lux-backed) are growing at a terrific pace. Many monopolies that looked unbeatable are now suddenly looking much more vulnerable, no antitrust enforcement required.

Not all of these dominant big tech platforms are at risk. Just yesterday, there was a new joint investigation between the UK and Europe scrutinizing a deal between Facebook and Alphabet called “Jedi Blue” that authorities believe was designed to protect the duo’s dominance in adtech at the expense of competitors. Adtech is one market that many antitrust experts see as completely locked down to competition. Another is Amazon’s commerce, which Federal Trade Commission chairperson Lina Khan has particularly emphasized in her prior research. So while there may not be a need for broad antitrust enforcement, some particular markets and cases may deserve heightened scrutiny.

For all the new entrants that are disrupting incumbents though, one thing is striking: none of them are worker co-ops. All of them are either massive conglomerates like Disney entering the fray in streaming, or venture-backed startups like ByteDance spending lavishly to gain traction. So can there be real change in the ownership of the future of tech?

It’s a question that’s at the heart of the excitement over the open promise of crypto and alternative equity models. The traditional shareholder approach to companies is a function of both tradition and administrative logistics. Crypto and blockchain offer a palette for building radically new kinds of institutions that couldn’t exist with our current accounting systems.

With food delivery, I mentioned that there were serious upfront costs with coding an app and building traction through marketing, all but necessitating the use of venture capital to be successful. In theory though, a blockchain-backed service could offer incentives on the platform that would encourage both open-source developers to contribute to the app’s success as well as restaurant owners to popularize it, obviating the need for upfront capital. While finding exactly the right incentives remains tricky, entrepreneurs are experimenting with hundreds of variations to get these models right.

Ultimately, that was my larger argument to the audience in Boulder. We are living in a unique era in which there is wide consensus that there’s a problem with big tech companies. While some are demanding change through antitrust enforcement — and indeed, specific cases seem to warrant that approach — the hope for the next generation of founders (and really all citizens) is that the basic questions of how organizations get built, who owns them, and who contributes labor to them are being upended, whether by crypto, by new theories of institutions, or by sheer optimism that there are better approaches to solving problems. It’s a reminder that the future is always owned by us.

On upgrading the securities of women globally

The future is indeed owned by us, but not all of us equally, unfortunately. Tuesday this week was International Women’s Day, a global moment to celebrate progress for women while recognizing the massive disparities that continue to exist for far too many. In a post, I talked about the severe challenges that women face across the complex layers of securities for which this newsletter is named, and what to do about it:

The quality of these securities affects all of us, but the lack of any one layer of security is felt more acutely by women. Physical security is a challenge for billions of people, but the deleterious effects of violence fall heavier on women. A lack of health security is a plague that affects billions of people, but women face uniquely daunting barriers to the services they need. Economic precarity applies to all but a small sliver of the richest countries, but that precarity particularly affects women. Even more ominously, these barriers to securities don’t just apply to individual women, but by extension, to their families, communities, societies and even future generations. Every security challenge is more acute and intense for women, and that’s what International Women’s Day and the broader global women’s movement is meant to highlight.

Our very own Deena Shakir is crossing those Austin City Limits and will be hanging out all this weekend and next week for SXSW. Catch her at any of the following public events:

(Or, maybe say a nice hello at one of our private Lux events this week in Austin).