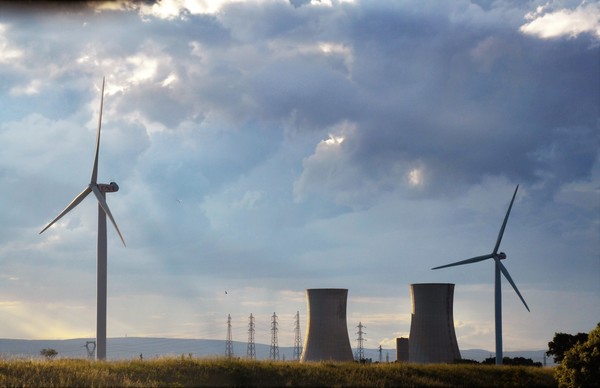 share
subscribe
https://lux-capital.webflow.io/ideas-blog/securities-by-lux-capital-fission-today-fusion-tomorrow
share and subscribe
https://lux-capital.webflow.io/ideas-blog/securities-by-lux-capital-fission-today-fusion-tomorrow
Danny Crichton
00:00
00:00
transcript
All our transcripts are made by human listeners and reviewed by our team for accuracy. Though we try hard to keep them error-free, there may be differences between the recorded audio and written transcripts. Please verify any statements in the audio before quoting in print.

The two futures of nuclear power have each faced their own challenging narratives. Over in fission, there has been a worldwide pullback from nuclear power due to strident environmentalists who seem dead set against the one baseline power technology that produces carbon-free energy. A few weeks ago, Germany shut down three of its last six nuclear power plants, even as its reliance on coal power remains among the highest in the OECD. Here in New York, we shut down the Indian Point nuclear power plant last year, replacing it with a mix of fossil fuel-generated power.

The news has not been much better on the fusion side of the nuclear equation. The long-term construction of the test reactor at ITER (the International Thermonuclear Experimental Reactor) has continued for more than a decade, with years to go before the first results are expected. Fusion experiments launched in the 1990s remain the touchstones for the field, with progress glacially slow.

So it was with delight that we had positive developments in both directions that portends a possible roadmap for the Earth as climate change continues to wreck havoc in the decades ahead.

In France, president Emmanuel Macron announced that the country would invest tens of billions of Euros into a new generation of six nuclear power plants, with the possibility of expanding to a total of 14 new plants.

The announcement is notable for several reasons. First and most importantly, France is undergoing a presidential election, and we are just weeks away from the first round on April 10th. Macron is betting on a fusion of pro-climate and pro-industry policies with the announcement, hoping to knit together a wide-enough coalition to send him into the runoff round and ultimately a second term in the Palais de l’Élysée. That pro-nuclear positions can cement polling status is a notable development given the anti-nuclear green movements that we generally witness.

Second, France, along with South Korea, is one of the largest exporters of nuclear fission power plants, and it also has the highest proportion of nuclear energy usage of any country. Eschewing “green” movements, the country is poised to double down on its technological and scientific strength, offering an approach that can lead to better baseline power availability even as renewables like solar and wind increasingly enter the mix. Safer reactor designs, faster construction, and more efficient operations mean that nuclear power can secure more widespread deployment while cutting global carbon emissions faster.

Third and finally, France’s decision offers a counterpoint to Germany’s anti-nuclear position, ensuring that European energy policy will have a much more robust debate over its future course. Europe is a heavy consumer of nuclear energy today, but politics has increasingly thwarted expansion or even just maintaining the continent’s current generation capacity. France’s perspective offers a wider window to grow clean baseline power in Europe, while also reducing reliance on fuels from Russia that come with complicated geopolitical entanglements.

Protests over fission continue, but their arguments have remained the same for decades, centered on the dangers of nuclear waste and the tragedy of institutional operations (i.e. the risk of meltdowns). The waste challenge can be solved (and in fact, one of Lux’s earliest investments and incubations was Kurion to solve precisely this problem). The institutional challenges are more complicated, of course. Modern reactors are safer, but robust safety cultures remain absolutely paramount in the handling of nuclear fission. France and many other countries around the world have demonstrated that safe operation of fission is eminently possible with willpower and the right focus on institutional design and incentives.

Fission got an atomic boost this week, but so did fusion. ITER has been under construction in southeast France for many years, and is closing in on its first major construction milestone (what it dubs “First Plasma”). One of the critical open questions though is whether the reactor’s design, which relies on a tokamak device that constrains superheated plasma to a torus-shaped magnetic field, would ultimately work. Experiments at the Joint European Torus (JET) laboratory at the UK’s Culham Centre for Fusion Energy and elsewhere in the 1990s predicted that the design would work, but those experiments were limited in scope.

This week, JET announced that it had produced 59 megajoules of heat energy, or an average of about 11 megawatts for about 5 seconds, from a tokamak device. From the center’s statement, “The previous energy record from a fusion experiment, achieved by JET in 1997, was 22 megajoules of heat energy. The peak power of 16MW achieved briefly in 1997 has not been surpassed in recent experiments, as the focus has been on sustained fusion power.”

To that latter point, one of the biggest challenges for fusion has been sustaining the reaction over an extended period of time. These new results demonstrated for the first time that sustainable power could be feasible in the design currently underway with ITER. From a BBC article discussing the landmark results:

“This is a stunning result because they managed to demonstrate the greatest amount of energy output from the fusion reactions of any device in history,” commented Dr Arthur Turrell, the author of The Star Builders: Nuclear Fusion And The Race To Power The Planet.

“It’s a landmark because they demonstrated stability of the plasma over five seconds. That doesn’t sound very long, but on a nuclear timescale, it’s a very, very long time indeed. And it’s very easy then to go from five seconds to five minutes, or five hours, or even longer.”

Commercial fusion reactors are still predicted to be decades away, and ITER’s technical staff has tremendous work to undertake to make the technology viable and scalable. Nonetheless, these results show that the path forward isn’t entirely science fiction, but may well be transitioning into science fact. That’s why I am looking forward to reading ITER head engineer Alain Bécoulet’s new book from MIT Press “Star Power: ITER and the International Quest for Fusion Energy,” which is coming out later this month.

An arm, a stamp, and an icon of China joint ventures

This week during its quarterly earnings, SoftBank announced the termination of Nvidia’s acquisition of ARM, the UK-based chip design firm that SoftBank acquired back in 2016. We had discussed this likelihood a few weeks ago in the “Securities” issue “Defense Fordism,” and now that the obvious outcome has been consummated (with SoftBank keeping a $1.25 billion prepayment from Nvidia), ARM now needs to find its financial footing.

That struggle is going to take a while.

ARM replaced its CEO and is now prepping for an IPO. While London is heavily favored by the United Kingdom given the company’s headquarters in Cambridge, ARM is reportedly targeting NASDAQ given the higher valuation multiples it can expect on the American exchange given investor appetite for semiconductor stocks (an appetite which drove Nvidia’s stock price to new heights and made the partially stock-based deal to buy ARM increasingly unattractive).

There’s just one problem: one of ARM’s most valuable financial assets — ARM China, its local operating presence in the country — has turned into a renegade. It’s a sordid tale, a crazy corporate caper complete with a CEO who quite literally grabbed the company’s physical legal seal (which is necessary to conduct business in China) and has been holding it hostage for several years while multiple lawsuits wend their way through the Chinese court system.

On Friday, the Financial Times reported that a third lawsuit has arrived from Allen Wu, the head of ARM China, which further complicates ARM reacquiring the management of its own venture. From the article:

Arm executives admit that “management turmoil” at the Chinese division “needs to get resolved” for [SoftBank Group chair Masayoshi] Son’s plans [to list ARM publicly] to be realised. “Even if we weren’t doing an IPO that would still be something we would be focused on,” said Inder Singh, Arm’s chief financial officer on Tuesday.

With SoftBank desperate for cash from an ARM sale to cover its ballooning debt pile, its leverage over the ARM China negotiations is limited. The result is that ARM will have to offer more concessions to Wu, ARM China, and the Chinese government to resolve the conflict expeditiously — a situation with potentially grave financial implications for ARM and also deleterious geopolitical implications for the United States and Europe.

Yet, that wasn’t the only joint investment venture with China that’s apparently ending in chaos. ICON Aircraft, a startup founded in the mid-2000s that builds an amphibious plane with foldable wings called the A5, is currently being torn asunder by its investors according to reporting in the Wall Street Journal. Two factions have emerged: the Chinese investors centered around Shanghai Pudong Science and Technology Investment Co., a state-backed firm which wanted to license the company’s technology to a mainland affiliate; and on the other side, the founder of the company and American investors who believe that the licensing strategy is designed to pilfer the company’s intellectual property.

American investors have applied for protection under CFIUS, the Committee on Foreign Investment in the United States, an extraordinarily rare move given that CFIUS national security reviews can rapidly degrade the value of any company. From the article:

While companies facing scrutiny aren’t legally prohibited from discussing the process, most don’t, to avoid publicizing internal information or aggravating the panel, said the lawyers who deal with Cfius cases. Disgruntled employees, industry rivals and would-be investors cut out of a deal sometimes approach the panel to try to quash a transaction, but active investors usually don’t, the lawyers said.

I talked about technology sovereignty in the West on a post for “Securities” two weeks ago, in which I wrote that “By blocking these transactions […], governments are ultimately weakening these companies and all but guaranteeing their decline in the market.” Beyond just government meddling, we are increasingly seeing these national security review bureaucracies being weaponized by active investors, by competitors, and even to a degree by foreign governments. When a review becomes so toxic, it’s a useful tool by which to attack a company.

The wider lesson is clear though. As the U.S., Europe, and China continue to decouple their technology industries from each other, it’s an important reminder that the sort of bonhomie that may have existed in joint ventures of the past are no longer present. The sudden value destruction of Chinese tech leaders like Alibaba and Tencent can and will apply to smaller joint investments and ventures as well. Or you just lose the company stamp — and that’s the end.