"Securities" by Lux Capital: “If you build it, they will come.” 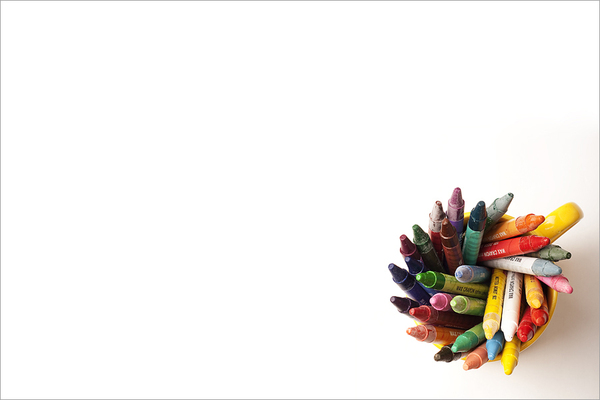 share
subscribe
https://lux-capital.webflow.io/ideas-blog/securities-by-lux-capital-if-you-build-it-they-will-come
share and subscribe
https://lux-capital.webflow.io/ideas-blog/securities-by-lux-capital-if-you-build-it-they-will-come
Danny Crichton
00:00
00:00
transcript
All our transcripts are made by human listeners and reviewed by our team for accuracy. Though we try hard to keep them error-free, there may be differences between the recorded audio and written transcripts. Please verify any statements in the audio before quoting in print.

“If you build it, they will come.”

It’s an aphorism that gets at one of the key dividing lines in venture capital and industrial policy today.

First, there’s the ironic interpretation that has disseminated across Silicon Valley and startup investing the past decade. No one comes just because you’ve built something novel. Instead, it’s all about lean startups, fast iteration, product-market fit and constant customer development. Markets can be identified, needs can be determined, and software can be designed to perfectly match all the constraints. It’s a fixed system, and all anyone needs is a fixed solution.

Investing thus transforms into an exercise in understanding different types of customers and evaluating whether a particular product is going to fit their needs. So you have cybersecurity specialists focused on CISOs, finance and operations experts building relationships with CFOs and COOs, data infrastructure gurus who talk to CIOs. Know the customer, and you’ve got the framework for evaluating any company that sends over a DocSend.

There is an optimistic interpretation though, which is that the world really will show up if you build something new and important. Here, the lens moves away from customers, markets and trendlines to something much more qualitative: what is the capability that a new product offers the world? If we had such a capability, how would markets evolve and adapt to accommodate and take advantage of it? How would customers change their thinking if they knew that such a new capability existed?

What’s been interesting to observe the last few months at Lux is how many of our companies start with the optimistic interpretation. They think of something the world would find useful if it existed, and then they forcefully will that capability into existence. Sometimes, there are customers that make obvious sense, but quite commonly, there are no guaranteed markets at all.

Much of this comes from regularly investing in plumbing, tools, platforms and infrastructure, particularly in deep tech and science. Products that at first seem to have utility only to a small set of customers suddenly connect with markets no one had ever thought about. It’s a pattern I’ve seen the last few months across at least satellites and space, biotech, web3, enterprise infrastructure, autonomous vehicles, and silicon. Once a capability exists, the number of applications always seem to expand as we learn more about what it offers and how it performs.

Now, there are legions of companies that have failed because they built something useful that no one wanted. Why is that? I think much of what goes wrong is that we miss the key word in the aphorism, which is “they.” It’s not enough to build for one small niche or industry. What you want to do is build new capabilities that are useful to a whole wide range of potential clients, often in mutually constructive yet different ways. The return comes from the combinatorial power of many markets suddenly lurching in one direction thanks to a powerful new ability they never had before.

We need more VCs investing in capabilities and not markets. In the classic model of the innovation pipeline, there was a clear divide between government-funded laboratories, which developed fundamental theories and determined the range of capabilities possible, and commercialization, which would take those capabilities and make them useful to specific customers and markets. VCs acted as a bridge where raw science and capitalism met.

From my vantage point, that bridge has an increasingly wide fissure. Too many VCs are allergic to investing in capabilities with the thoughtful dream that once developed, those products will find a myriad of customers to buy them. They increasingly want surety upfront — clear products designed for clear customers and markets that are ideally growing secularly. For capitalists, it’s a peculiar centrally-planned economic view of the world.

That’s the investment opportunity for bolder bets, but also an elegy for a time when America once drove forward the boundaries of science and technology, with less acute attention on spreadsheets and market development. We used to invest in platforms and capabilities, no deeper questions asked. It was obvious that if you build it, they will come — because they did.

The history of economic progress is the study of tolerances. Social tolerance is the linchpin for closing a transaction: a buyer and a seller both have to understand, respect and trust one another in order to do business together. But that’s not the only form of tolerance involved in progress, for tolerances are also at the heart of industry and manufacturing. In fact, it’s reasonably fair to argue that the entire wealth of the world has come from the increasingly cheap availability of precision around our collective output.

Yet, there’s never enough precision. In semiconductors, extreme ultraviolet lithography equipment from the likes of ASML has to perform in the nanometer range under exacting constraints. Satellites must be built with absolute precision to survive a launch into space and on-going operations. The most advanced forms of medicine require extraordinary attention to sequencing and potential polymorphs.

Even more vexing, it’s a recursive problem. In order to build a rocket, its parts must be precisely produced. That requires manufacturing equipment that must itself be precisely designed to offer the necessary degree of manufacturing tolerance. In order for the end product to be within the tolerances required, potentially dozens of layers need to be equally up to the task.

All of which is to say that precision manufacturing is one of the most important ingredients to long term economic growth and human flourishing. Every additional degree of tolerance we can tighten — at cost or cheaper — can open up a wide range of new applications that have never been possible before.

That led us to Hadrian, which makes precision engineering for space, aerospace and defense easier and cheaper than ever before. Founded by Chris Power, it’s a company that couples the best of autonomous factory design with a software stack which verifies that tolerances are always maintained across the supply chain.

We’re going to need more precision manufacturing for these industries than ever before, and we are going to need that precision at ever lower costs if America is going to effectively compete. To get there, we’ll need better automation at lower tolerances, while also increasing the leverage of human workers throughout the cycle. Hadrian is building precisely the capabilities America and the world needs just as it wants them — and the history of economic progress continues.

Shrunk and adapted from the full “Securities” blog post here.

A cloaking device for everyone

Gene Roddenberry, the creator of Star Trek, is believed to have said that “our heroes don’t sneak around” when asked if he wanted Federation starships like the USS Enterprise to be equipped with cloaking devices. Instead, it was the Federation’s duplicitous and violent enemies like the Klingons and Romulans that would have such technology: in a utopian society, you don’t need to hide.

We don’t live in a utopia though, and hiding is a vital right to protect our individual sovereignty. James Scott, in his incredibly influential book Seeing Like a State, writes how governments regularly and often forcefully try to make society legible for its own purposes. For instance, governments invented last names to make populations easier to survey and track.

When legibility is intensified, people will rebel, and we once again see that dialectic on the internet. The strongest arguments for blockchains and web3 currently focus on contesting the current web’s panopticon and pervasive surveillance capitalism, to use Shoshana Zuboff’s term. While transactions are public on the blockchain ledger, they are designed to be anonymous, preventing a connection between the digital blockchain and the real-life identity of the user. Such obfuscation is not just technological: pseudonyms are rife in crypto communities, and real identities are culturally not required in these contexts.

Those identities (yes, plural) don’t just prevent snooping from governments or advertisers — they also ensure that complex humans can represent themselves faithfully in different ways to different audiences. Advertisers would love for us to be simple, mechanical and easy to read using their statistical models, but each of us are — fortunately — not that easy to categorize.

All of which is to say that cloaking devices — not the science fiction variety but just as important — are critical for the future of humanity as the internet and its social contexts continue to envelop all aspects of our lives.

Privacy is a right, but it’s also a status — and one that once lost, is almost impossible to recover. That’s why we increasingly believe that startups which start with privacy by default and build privacy into all parts of their product and business model have a strong probability to succeed in the decade ahead.

One immediate example is today’s funding of the aptly-named Cloaked, where Lux co-led a $25 million Series A round alongside Human Capital, with our partner Bilal Zuberi taking a board seat. Rather than try to protect privacy after the fact, Cloaked makes it simple to protect identity before it’s even revealed to new acquaintances, online stores or any other interaction where identity might be used. We had backed co-founders and brothers Arjun and Abhijay Bhatnagar in their seed round last year, entranced by their vision to make it effortless to create identities from scratch, such as phone numbers, credit cards, usernames, email addresses and more with one click. Now, we are doubling down as the company prepares to launch its product to everyone and deliver the infrastructure layer for convenient privacy on the internet.

Can everyone eventually be cloaked? And should they be cloaked? The conflict between transparency and privacy will crescendo in the years ahead as more and more consumers discover the downsides of living fully public lifestyles amidst rampant surveillance. It seems obvious that consumers should be able to protect their identities from advertisers when they want to, but what about financial transactions from government oversight? While these debates have been intense and date back years, we see an approach to pivot away from some of those controversies simply by building products that preserve privacy first — avoiding at times the whole question entirely.

A strong democratic society demands that citizens have liberty and agency to pick the course of their lives. Privacy preserves that optionality, and while the pendulum has flung away from privacy the past two decades, we firmly believe the momentum is clearly going the other direction. Everyone needs a cloaking device — yes, even heroes when they’re not sneaking around too.

Shrunk and adapted from the full “Securities” blog post here.

New “Securities” Podcast: The revolution in science funding is underway

The funding of science is one of the most important leverage points for growth in the global economy. Yet, we’ve barely experimented with how science gets funded or tried to evolve financing models that were invented decades ago. Now, dozens of new organizations have been started to explore novel models for funding scientists to do their best work. I’m joined by Lux Capital’s scientist-in-residence Sam Arbesman to talk about why this trend has accelerated and what all these new experimental models might mean for the future of science.

Come listen to the episode.