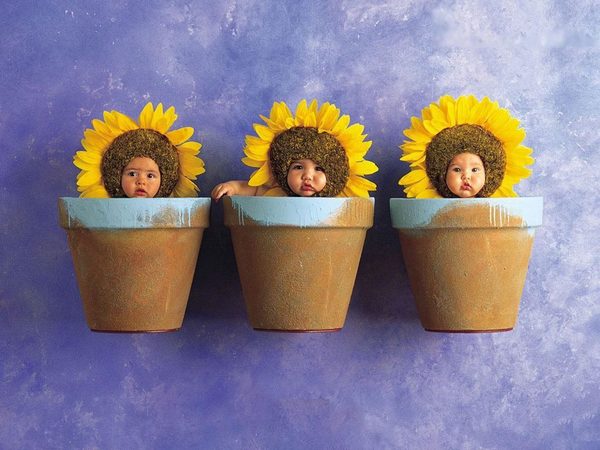 share
subscribe
https://lux-capital.webflow.io/ideas-blog/securities-by-lux-capital-lab-grown-babies
share and subscribe
https://lux-capital.webflow.io/ideas-blog/securities-by-lux-capital-lab-grown-babies
Danny Crichton
00:00
00:00
transcript
All our transcripts are made by human listeners and reviewed by our team for accuracy. Though we try hard to keep them error-free, there may be differences between the recorded audio and written transcripts. Please verify any statements in the audio before quoting in print.

That was the proposition of Aike Ho, an investor at ACME Capital, who joined a great Twitter Space discussion on the future of the family and technology this week hosted by our own Deena Shakir and Sahil Lavingia, the founder of Gumroad and angel investor.

How did we get to disrupting human-born humans and debating the intricacies and likelihood of lab-grown children? Well, welcome to Twitter in 2022.

Population growth is stalling across much of the Western world and East Asia. In China, briths fell to 10.6 million in 2021 compared to 12 million in 2020 based on new census data released by Beijing. With deaths estimated at 10.1 million, China is nearing a demographic peak. Across the sea, South Korea reported a net decline in population for the first time in its modern history, with its 2021 population dropping by 91,000, or roughly 0.18%.

Meanwhile in the United States, the Census Bureau noted that “The U.S. population grew at a slower rate in 2021 than in any other year since the founding of the nation,” caused by a rapid decline in birth rates as well as Covid-19 travel restrictions that have slowed immigration.

The reversal of decades of fast population growth has stunned demographers and also Elon Musk, who tweeted his concerns:

I must admit that my list of human concerns tend to the terrestrial than martian, or as one VC might put it, the future population of Mars is “below my line.” Nonetheless, Musk’s tweet led to wide discussions about whether and how tech might solve the crisis of the family. Lavingia replied to Musk which prompted … let’s call it a conversation that led to this week’s Twitter Space.

We had nine speakers, so it was a bounty of thought about the future of children, pregnancy, fertility, child care, and global population growth.

Dina Radenkovic of Lux-backed ovarian aging startup Gameto pointed out that women constantly have to make tradeoffs between career and family, and artificial wombs could remove not just physical barriers to pregnancy, but also give families much more flexibility to choose when to have kids.

Now, artificial wombs might sound like science fiction, mostly because they are. But Leslie Schrock, author of a book on pregnancy titled Bumpin’, noted that the end goal might not even be an artificial womb anyway. New tech “could take question marks away from women who have children,” she said, arguing that we still don’t know everything we need to when it comes to pregnancy and embryonic development. An artificial womb moonshot could blaze a trail of knowledge that’s ultimately more useful for human-grown humans.

Moonshots are enrapturing, but it’s often the daily concerns of women that most affect birth rates. Sara Mauskopf, CEO and co-founder of child-care startup Winnie, emphasized repeatedly that much of the problem was driven by lack of access to child care and other systems of support that can help mothers in the postpartum period. I might dub it “child inflation,” but the costs to have a child are increasingly burdening families up and down the income scale, and more families are choosing to settle for less kids or no kids at all to compensate. Elana Berkowitz, founding partner of Springbank Collective, noted that 44% of births are Medicaid eligible.

Alyssa Jaffee, a partner at 7wireVentures, made the argument that birth rates are decreasing for an even more simple reason: lack of information. From fertility options to child care, schooling and everything in between, moms rely on informal social networks to glean what’s best for their situation, without organized societal support to ensure that there is comprehensive counseling as issues arise. Parents are more aware of the risks around all aspects of family than ever before, but they lack the tools to mitigate those, and that can delay decisions that might otherwise be made.

In short, what seems like a crisis that requires a single moonshot invention actually is composed of dozens of intricately connected problems, each that have their own tech and policy solutions. That’s why Lux has backed companies across the family lifecycle, from securing birth control (Adyn) and reducing ovarian aging (Gameto) to using AI to improve in vitro fertilization (Alife Health) and delivering women’s virtual care (Maven Clinic).

But ultimately, the most Luxian investment would be artificial wombs (a category we have explored before), but how likely are lab-grown babies? I heard a mix of views on the panel when Deena asked, including that they will be the norm by 2050 (a mere three decades away). While fantastical today, we’ve seen incredible advances in previously unfathomable medtech, including the first xenotransplantation, which we covered last week in the newsletter (and which there have since been even more developments). That said, the consensus was that artificial wombs are still very far out, so expect lab-grown meats well before your dry-aged lab-grown children.

Before we move on though, I do want to make one other point on the so-called demographic crisis. Population decline is causing serious consternation among global policymakers, particularly in China, where pro-natalist policies have been quickly enacted in the past year to aggressively ameliorate the country’s trajectory. The country’s notorious “one child” policy has been quite literally supplanted by a “three child” policy.

Far from decline as crisis, it’s growth that is causing a worldwide crisis. Earth’s population is expected to grow from about 7.8 billion to more than 10 billion by the end of the century, driven by the Middle East, Africa and Southeast Asia. The very idea that we are running out of humans per Musk is laughable.

Far from worrying about sheer quantity of births, we must direct our attention to quality — how do we improve human development globally to ensure that every birth, mother and family gets the support and resources they need for stability and success. If the conversation this week had any overarching theme, it is that even the most basic care is unavailable to a majority of people on this planet — and even large swaths of the United States as well. This is a gargantuan problem — and one that deserves its own earthshot, if you will.

Speaking of going into labor…

For decades, there have been shrill claims that robots are going to seize all the jobs. That’s demonstrably false, but it is true that even more of the economy is going to be automated in the years ahead. While robotic technologies were once the barrier to adoption, the current challenge is bridging the gap between the upfront costs of a robot and the limited budgets of most businesses to buy them.

Lux announced a $26.5 million Series A into Formic led by Shahin Farshchi this week, and if you are curious about the increasing financialization of robotics and how that will pave the way for our new robot overlords, definitely check out my piece on “The robot revolution will be banked“ as well as Will Knight‘s piece in Wired titled “Now You Can Rent a Robot Worker—for Less Than Paying a Human.” As I wrote:

So the next generation of robotics companies are learning from their predecessors and fixing finance first. The formula? Pay-as-you-go financing with limited to no upfront cost and economic models that are incentive aligned with customers based on realized workplace productivity.

Biotech’s descent predates the broader market pullback seen in SaaS and software over the past few weeks, a new correlation that has only accelerated declines: in the past month, XBI lost about 25%.

It’s demoralizing at a time when biotech has really become a mainstream business concern gracing the front covers of major newspapers, but there are some important considerations.

First, today’s closing price was last seen in mid-April 2020. Investor ecstasy around biotech came in the immediate aftermath of Covid-19’s initial global spread, which sent biotech shares soaring on beliefs (rightfully held, for the most part) that there would be intense efforts to expand access and fund research in therapies and diagnostics both directly connected to the pandemic and also more broadly. In other words, we’re seeing a very short cycle in sentiment, one that isn’t erasing years worth of gains.

Second, unlike software stocks, which have seen a combination of revenue growth and persistent multiples expansion that has led to recent record prices before the pullback, biotech has always had far more market gyrations. That’s forced all investors (including our own Adam Goulburnand Zavain Dar) and company founders to focus on resilience during good times and bad, since there are always bad periods in biotech sentiment.

Finally, if you thought the pullback in bio is making investors more leery, think again. This week saw what was described as the largest biotech investment in history with the $3 billion funding announcement for Altos Labs, a fusion research and commercial organization designed to investigate “cell health and resilience” to “reverse disease.”

It’s a colossal bet not only on the potential for huge advances in cellular science this decade, but also that new models of organizing scientific innovation can lead to huge commercial outcomes. As our scientist-in-residence Sam Arbesman has talked about, it’s precisely these new models that are needed to propel the next-generation of scientific advances into our hands. Reorganizing science is a story that even garnered a story by Derek Thompson in The Atlantic this weekhighlighting Arc Institute, Arcadia Science and New Science.

Maybe you can escape the stock market in the metaverse

Finally in bigger notes, I enjoyed this piece by Ben Klemens in Wired on what his “hundreds” of hours of work experience in the metaverse might indicate about our future virtual workselves:

Rumor has it that some people use their VR headsets for games, but working from the vacuum of space has its thrills. Can I blindly feel around for the mug of tea on the table and bring it to my lips without knocking the whole thing onto my laptop? The stakes are high, and every successful sip is a victory. One day about three months after I started working from VR, my podcast cohost came by, so I had to jack out after several hours with this headset strapped to my face. My forehead was numb. She said, “You look like you’ve been punched in the face.” What fighting game can achieve this level of realism?