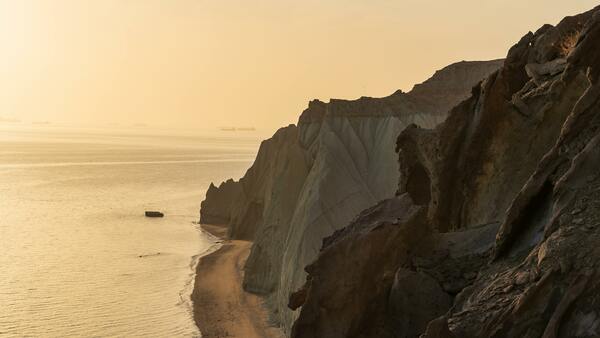 share
subscribe
https://lux-capital.webflow.io/ideas-blog/securities-by-lux-capital-laborious-iranians
share and subscribe
https://lux-capital.webflow.io/ideas-blog/securities-by-lux-capital-laborious-iranians
Danny Crichton
00:00
00:00
transcript
All our transcripts are made by human listeners and reviewed by our team for accuracy. Though we try hard to keep them error-free, there may be differences between the recorded audio and written transcripts. Please verify any statements in the audio before quoting in print.

Have a fantastic Labor Day holiday for those in the States — we’re all looking forward to the deluge of autumn startup fundraising beginning in T-2 days.

Meanwhile, one of Lux’s portfolio companies got national attention this week as our themes of science, technology and geopolitics collided in one of the most challenging strategic environments in the world.

Saildrone manufactures autonomous ocean surface vehicles that are designed to collect sensor data for extended periods of time. Its drones have been popular for tracking hurricanes, where they can follow storms across the Atlantic, and they are increasingly being used on ISTAR missions, defense-speak for intelligence, surveillance, target acquisition, and reconnaissance.

This week, a ship operated by Iran’s Islamic Revolutionary Guard Corps stopped a U.S. naval Saildrone that was operating in the Persian Gulf.

As the Wall Street Journal reported on the incident:

No shots were fired by either side, the defense officials added, and the Americans didn’t try to prevent the Iranian ship, which was operated by Iran’s Islamic Revolutionary Guard Corps, from leaving.

Vice Adm. Brad Cooper, the commander of the U.S. naval forces in the region, said the Iranian actions, which took place in international waters, were “flagrant, unwarranted and inconsistent with the behavior of a professional maritime force.”

Dion Nissenbaum followed up the news with a deeper dive on Saildrone and others, asking why the Navy is increasingly moving toward an autonomous model for ISTAR missions:

By next summer, the Navy said, it expects to have 100 small surveillance drones—contributed by various countries—operating from the Suez Canal in Egypt to waters off the Iranian coast and feeding information to a command center in Bahrain, headquarters of the U.S. Fifth Fleet.

“I think we are truly on the cusp of an unmanned technological revolution,” said Capt. Michael Brasseur, who heads the U.S. Navy task force working to build the drone fleet in the Middle East.

The drone initiative, now in its sixth month, is part of a burgeoning cooperative relationship among the U.S., Israel and Gulf nations following the Abraham Accords. It mirrors another U.S.-led effort to unite Israel and its Gulf neighbors to create a regional air-defense network.

We’ve previously covered the Navy’s penchant for massive expenditures on programs like its next generation of Gerald R. Ford-class aircraft carriers in “Defense Fordism.” As I wrote then:

The multi-decade commitments that advanced warfighting platforms like the Gerald R. Ford require are slamming straight into the Moore’s Law of autonomous machines. The Ford’s construction was underway prior to the introduction of the iPhone, and it’s still not in service because experimental Chinese weapons like supersonic missiles will likely prove effective in neutering it (an exercise that Beijing has already made a clear priority).

Thankfully, there is increasingly a new logic across the American defense world that these massive platforms need to be complemented by autonomous technologies that are both cheaper to buy and cheaper to operate. That optionality gives mission commanders strategic flexibility in how they approach all aspects of their operations. It’s a lot of labor to make such a massive technological shift, but it’s necessary labor.

Few cities are as brimming with entrepreneurial potential as LA. The City of Angels’ focus on the stars has shifted from Hollywood to space, as a new generation of defense and precision manufacturing startups rebuild the American industrial base and bring innovative new technologies to domains that were once the exclusive province of governments. Lux has quite the base in the region including companies like Anduril, Varda Space, Impulse Space, Epsilon3 among a litany of others.

So it was delightful to bring the whole community together two weeks ago for LA Tech Week in an event we dubbed La-La-Launch. Dozens of founders across the hard sciences came together, and we got to hear from Tim Ellis, co-founder and CEO of Relativity Space, as well as Tom Mueller, co-founder and CEO of Impulse Space and a founding employee of SpaceX.