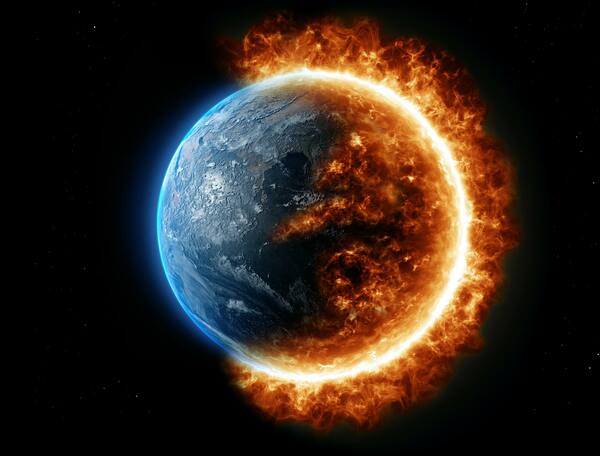 share
subscribe
https://lux-capital.webflow.io/ideas-blog/securities-by-lux-capital-reactionary-nuclear
share and subscribe
https://lux-capital.webflow.io/ideas-blog/securities-by-lux-capital-reactionary-nuclear
Danny Crichton
00:00
00:00
transcript
All our transcripts are made by human listeners and reviewed by our team for accuracy. Though we try hard to keep them error-free, there may be differences between the recorded audio and written transcripts. Please verify any statements in the audio before quoting in print.

Nuclear is having its media moment. Perhaps that’s what happens when a Democratic president visits the home of James Murdoch, the younger son of conservative media magnate Rupert Murdoch, and starts talking about “Armageddon.”

Details from the political fundraiser in New York City have heightened tensions across the world. “We have not faced the prospect of Armageddon since Kennedy and the Cuban Missile Crisis,” pool reporters quoted the president. It’s the “first time since the Cuban Missile Crisis, we have a direct threat of the use (of a) nuclear weapon if in fact things continue down the path they are going.”

One analyst called the comments “bone chilling” although I am pretty sure bones heat up in a nuclear catastrophe.

For weeks now, DC analysts have been hotly (chillingly?) debating whether Russian President Vladimir Putin, whose forces in Ukraine seem to be increasingly tattered and on the run, might consider using a “tactical nuclear weapon” to push back advancing Ukrainian troops. President Joe Biden had strict words for his Russian counterpart: “I don’t think there’s any such thing as the ability to easily (use) a tactical nuclear weapon and not end up with Armageddon.”

Maybe Armageddon is what Putin wants — he did turn 70 after all yesterday, and with no birthday card from Chinese President Xi Jinping to boot.

There’s been so much chatter about tactical nuclear weapons, but not nearly enough analysis on exactly how and why Russia might use such weapons. Even if you remove the risk of triggering global thermonuclear war, the battlefield utility of small nuclear weapons is limited. The Ukrainians, attempting to evade bombardment from Russian forces for months now, have decentralized its military operations, presenting relatively few valuable targets for a stronger bomb to strike. Any nuclear attack — small or large — would generate fallout, presenting a hazardous zone for friendly and enemy forces alike. And yes, while that could be the objective in and of itself, such an attack would be a tacit admission of surrender on the part of the Russians.

Even so, some analysts have placed the risk of a Russian nuclear attack at 10-20%. Some have it higher. Supposedly the White House has it even higher. Those sobering assessments have forced the president’s national security advisor Jake Sullivan to say that “catastrophic consequences” would result from such an attack, and also led to the president’s grave comments this week.

Of course, nuclear fallout in Ukraine doesn’t just have to be triggered by a weapon. Russia took over the Zaporizhzhia nuclear plant in March and has been operating it with its original Ukrainian engineering staff ever since. Now, Russia wants the staff to sign new employee contracts, endangering the workforce of one of Europe’s largest nuclear facilities, even while Russian missiles strike just outside of the plant’s walls.

Nuclear’s media moment isn’t just limited to the Old Continent. As we have talked intermittently across “Securities” newsletters, North Korea seems hell-bent on diverting attention from Russia’s potential nuclear attacks to its own.

A month ago, Kim Jong Un declared that the Democratic People’s Republic of Korea (DPRK) is a nuclear weapons state and that it would never give up its nuclear arsenal. That arsenal — and the country’s increasing number of delivery vehicles — is getting a serious workout in 2022. This week, the country fired an intermediate-range ballistic missile over Japan, leading to emergency disruptions across the islands. At 2,850 miles, it’s the farthest a DPRK missile has flown and it was its most aggressive test this year, a year in which the country has so far fired a record 43 missiles in tests. There are now concerns that North Korea is preparing for a new nuclear test, which would be its first since 2017.

Denuclearization of the Korean peninsula is now impossible (well, it was likely impossible all along but analysts have finally come to accept that reality), and that’s forcing South Korea to confront its own predicament: whether to continue to rely on the U.S. nuclear defense umbrella or go it alone with its own technology. A poll earlier this year found that roughly three quarters of South Koreans want their own nuclear weapon, and while there is still elite concern about heading in that direction, the country is mustering its resources to prepare for that eventuality, including becoming the only non-nuclear state to possess submarine-launched ballistic missiles.

While war and strategic threats have certainly dominated the headlines recently, nuclear’s media moment isn’t exclusive to the complete destruction of all life on Earth. In fact, a number of stories this week and over the past month showed that the path remains open for nuclear to be the savior of life on Earth as we confront the climate emergency.

The biggest news on this front came from Pittsburgh a week ago where Department of Energy officials announced that they were committing $50 million for commercialization of fusion technology — what one industry advocate described to CNBC as “the first substantial investment by the U.S. government into private sector fusion-energy companies.”

We covered some of the developments and milestones in the fusion world back in “Fission today, fusion tomorrow” as well as critiques in “Vaporware skepticism.”Large questions about the viability of fusion technologies remain, not to mention the timeline for developing a net-positive energy reactor. One positive development occurred last month when researchers at South Korea’s Seoul National University successfully maintained a 100 million°C reaction for 30 seconds. As Matthew Sparkes wrote in New Scientist:

Lee Margetts at the University of Manchester, UK, says that the physics of fusion reactors is becoming well understood, but that there are technical hurdles to overcome before a working power plant can be built. Part of that will be developing methods to withdraw heat from the reactor and use it to generate electrical current.

“It’s not physics, it’s engineering,” he says. “If you just think about this from the point of view of a gas-fired or a coal-fired power station, if you didn’t have anything to take the heat away, then the people operating it would say ‘we have to switch it off because it gets too hot and it will melt the power station’, and that’s exactly the situation here.”

As the field transitions from theory to implementation, the number of fields engaging on fusion’s engineering challenges is proliferating. Ian Char, a PhD student at Carnegie Mellon, used AI reinforcement learning to optimize the containment of plasma within a fusion reactor, pushing the boundary even further than a DeepMind-led project from earlier this year.

It’s probably worth remaining skeptical of fusion’s immediate prospects, but at least it’s having an impact. Fashion designer Gabriela Hearst of Chloéhas triggered reactions with her new collection of fusion-inspired clothing. Vanessa Friedman’s amusing and digressive analysis in The New York Times:

She created a set in the circular shape of a tokamak, the name for the reactor that scientists hope to use to produce thermonuclear fusion. Commissioned an installation from the artist Paolo Montiel-Coppainvolving zipping beams of light and giant glowing rings. Invited scientists from the various fusion energy companies to sit front row (you could tell them by their ties). And featured the hydrogen isotope as her aesthetic throughline.

Nuclear is having its media moments, from the glitzy runways of Paris to the gritty runways of Russia and North Korea. One just hopes we are looking at Atoms for Peace, and not atoms smashing us into pieces.

The 2022 chip crash is upon us. As Bloomberg reported yesterday:

Earnings are disastrous across the industry (with notable exception TSMC). And it’s likely to get worse, as the White House late on Friday announced far-reaching licensing restrictions on exporting semiconductor technology to China, which would further exacerbate the industry’s woes by removing the world’s largest import market from the equation.

That decision will likely exacerbate geopolitical tensions, which happens to be the subject of our “Securities” podcast this week. Fletcher School professor Chris Miller is the author of “Chip War: The Fight for the World’s Most Critical Technology,” which was just released this week and is already shortlisted for FT’s best business book of the year. It’s a panoramic global view on one of the world’s most important industries, and Chris and I talked about the layers of intricacies here.

Miller is a scholar of Russia, and perhaps the most interesting bit of the conversation (and one I knew next to nothing about) was the Soviet race for the transistor and integrated circuit. Much like the race for nuclear missiles (we’re not escaping that theme today, are we?) and the space race, the USSR was equally focused on catching up with American advances in electronics. And they did, if a few years tardy. So why don’t we talk today about Russia’s semiconductor industry?

The challenge, according to Miller, is that the Soviets never developed a consumer market for their products in the way that the U.S. had both corporate clients who needed computing for accounting and consumers buying electronics like pocket calculators (which he dubbed “the iPhone of the 1960s”). Without demand, there was no forcing function for improving and competing, and as Taiwan, Japan, Korea and China vied for a share in the global industry, Russia was left behind.

We also talked about the transition from human computers to chips, the transition from Hong Kong to Taiwan in outsourcing assembly, how TSMC became the leader in lead edge fabrication, free trade and its centrality to the industry, and finally, whether interlinkages help or ultimately hurt national security for countries like the U.S. and China — particularly apropos given the White House’s announcement today.