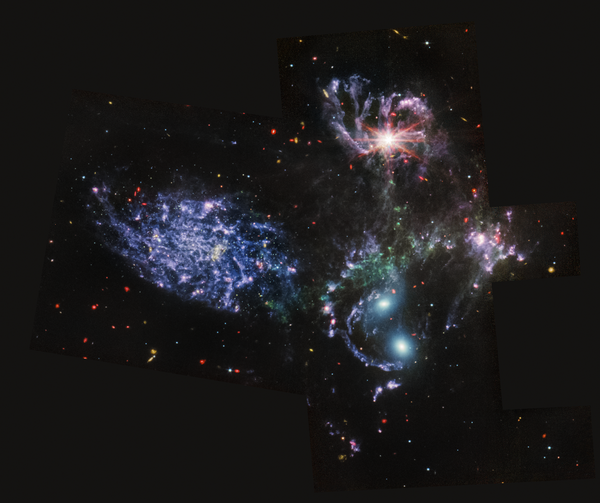 share
subscribe
https://lux-capital.webflow.io/ideas-blog/securities-by-lux-capital-scientific-sublime
share and subscribe
https://lux-capital.webflow.io/ideas-blog/securities-by-lux-capital-scientific-sublime
Danny Crichton
00:00
00:00
transcript
All our transcripts are made by human listeners and reviewed by our team for accuracy. Though we try hard to keep them error-free, there may be differences between the recorded audio and written transcripts. Please verify any statements in the audio before quoting in print.

This is a newsletter about “Securities” — national security, economic security, health security and how all those myriad of securities aggregate to human wellbeing. It’s been a slog covering this beat in 2022, with an economic recession driving up hunger in the developing world, Russia’s land war against Ukraine, and the ongoing and growing toll of Covid-19 and now monkeypox. Positivity is elusive when political leaders are resigning (UK), getting shot (Japan), sort-of-kind-of resigning (Italy) and having their official homes ransacked by protesters (Sri Lanka).

But damn, sometimes we can just leave the bleak and sinister reality of this blue jewel for the vivid celestial cosmos that abounds.

By now, I hope most “Securities” readers have taken the opportunity to peer deep into the furthest reaches of space and time offered by the first photos taken by the James Webb Space Telescope. I covered the telescope’s intrepid movements a few times in the newsletter, and our anticipation has now been rewarded with some of the most stellar (hardy-har-har) photography of galaxies, nebula, and the vast blackness of space that our species has ever produced.

If the response on Twitter, news channels, commentators and among friends is any indication, this feat has placed much of humanity in a pure state of awe. Why is that, and is that magic reproducible in other contexts?

First, the photos touch on something we don’t get to experience all that often anymore — the sublime, which the New Oxford American dictionary defines as “of such excellence, grandeur, or beauty as to inspire great admiration or awe” and Wikipedia condenses to the “quality of greatness.”

Witnessing these photos is a transcendent experience, but one deeply embedded in the fabric of humanity. In an era mostly bereft of spirituality, the Webb’s photos recontextualize each of us into the grand narrative of our species, our planet, and the universe. They’re a reminder of how small we are, how tribal, how riven with hatreds and divisions we can be, when really, do those twinkling stars give a single iota of care at all?

As modern artists increasingly trivialize their crafts to satisfy the whims of tasteless consumers, it’s downright refreshing to undergo an aesthetic experience that’s both authentic and awe-inspiring. This week was an opportunity to glimpse humanity’s grace and exceptional performance at its acme.

Second, the Webb telescope is nothing short of an incredible feat of engineering and a definitive achievement of the human intellect. Reams of articles and documents have been written about all facets of the telescope, and it’s unfair to try to summarize that copious work in just a few lines. But let’s just say that the constraints the Webb team faced, from building the telescope and launching it into space to positioning it at precisely the right Lagrange point in our solar system and now keeping it maintained, are legion and exacting.

We need these achievements, if only to remind ourselves that there is unlimited potential and ingenuity stocked up among H. sapiens. As I wrote last week in “Dissonant loops”:

What we have seen so far in this destructive phase is a completely limp and listless response to challenges that are hardly the toughest we’ve ever confronted. We’re talking supply chain disruptions, a phenomenon that’s modelable, controllable, fixable. If America can build the arsenal of democracy and fight fascist dictatorships in two theaters during World War II, we can deliver infant formula and put a consistent number of planes in the sky. We can get ships to port, unload said ships, and propel those vessels back to where they came from. We know how to build factories, and we know how to build them fast. That’s as true in America as it is England as it is in France.

None of our problems on Earth require the ingenuity demonstrated by the Webb engineering team. Food, water, housing, health, and employment crises are all human made with off-the-shelf solutions available whenever we want to use them.

Third, there is a universal joy that the sublime and this achievement offer us. Distant galaxies were splashed across front pages all around the world, with newsstands becoming their own universes of potential. No one is naive to think that the Webb’s first success is being ignored by national leaders — the space race is very much “on” between America and China, as well as Russia, Japan, South Korea, India, Brazil and others. But the possession of these images feels open, liberal, something shared collectively as a whole rather than owned individually by any one faction or government.

There is something anti-tribal about this form of scientific progress, a reminder that our daily zero-sum international politics and economic battles can actually be positive sum in the asymptote. Progress doesn’t need to be owned and wielded against others; sometimes, it can really just offer everyone a better life, or at minimum, aspirations for a better future. It’s a nostalgic throwback to the progress witnessed since the 1850s, as living standards were transformed for hundreds of millions and now increasingly billions of people.

Fourth and finally, the Webb telescope is a triumph of globalization and cooperation. By NASA’s estimate in 2020, “Thousands of scientists, engineers, and technicians from 14 countries, 29 U.S. states, and Washington, D.C. contributed to build, test, and integrate Webb. In total, 258 distinct companies, agencies, and universities participated – 142 from the United States, 104 from 12 European nations, and 12 from Canada.”

Those statistics belie even further globalization though. The openness of U.S. borders and America’s magnetism for top scientific and technical talent is the linchpin that supports this work. The universal curiosity in the Webb’s photos are only matched by the universal talent available to us when we keep the drawbridges lowered and allow every person the full support to pursue excellence in their work.

Webb is the world — and America — at its finest.

We can’t forget the immense challenges that face us right here on Earth, but we all need the reminder that the grand fusion of billions of human minds can offer us so much more. Those distant galaxies are worth the effort to peer into, since in focusing on those distant stars, we reflect a light back on ourselves.

The future of defense tech with Anduril

Like an asteroid hitting Earth, it’s now time to come down from space to reality. The hatreds on our planet aren’t going to be transcended quite so easily, and that means if America and the democratic world want to protect themselves from authoritarian adversaries, they’re going to need the best tech to do so.

On the “Securities” podcast this week, we had a full house with the leadership of Anduril Industries (a Lux portfolio company) joining us to talk all things defense tech. Founder Palmer Luckey, co-founder and CEO Brian Schimpf and co-founder and Executive Chairman Trae Stephensjoined Josh Wolfe and myself as we discussed the genesis of Anduril, how Luckey’s hardware experience at Oculus influenced the company’s approach to building new products, the urgency for new technology at the Pentagon, and what messages should be taken from the recent success of Top Gun: Maverick starring Tom Cruise.

🔊 Take a Listen to “The United States has never won a conflict with the hardware that it had going into it.”

Last week, we also published a short episode with our scientist-in-residence Sam Arbesman and our producer Chris Gates talking about the meaning of art in the age of DALL-E. Is AI-generated art, art? Do humans have to be involved? How do we acknowledge that DALL-E’s neural network model is built from the grist of human art and photography? It’s a fun and philosophical episode.

🔊 Take a Listen to “How will AI art generators affect human creativity?”

BMW, USB-C and the opposite of building

On the complete opposite pole of the sublime experience of the James Webb Space Telescope lies two stories of such sheer lunacy that one wonders whether the future should just be canceled.

First, James Vincent has the ridiculous tech headline of the year in The Verge with “BMW starts selling heated seat subscriptions for $18 a month,” following earlier stories that have percolated from Rob Stumpf at The Driveand Lawrence Hodge at Jalopnik. The company is pursuing recurring revenue opportunities around vehicle ownership, apparently settling for microtransactions on premium features like heated seats. Per Vincent:

They say that the road to hell is paved with good intentions, but sometimes it’s just paved through corporate stupidity and greed.

Meanwhile, Congress seems poised to try to legislate charging ports on mobile devices, standardizing on USB-C as the One Port To Rule Them All. Senator Elizabeth Warren of Massachusetts doubled down on pushing for legislation that would mandate the port, in line with similar rules put into force in the European Union starting toward the end of 2024.

There are reasonable concerns about device waste, lock-in, and intellectual property that together have driven momentum for standardized ports. Nonetheless, it’s gobsmacking to think that a phone feature which has seen significant innovation over the past three decades should be frozen in amber for time immemorial. Charging speeds, data transfer bandwidth, reliability, better design and more have improved with each iteration of these ports. I want whatever comes after USB-C, and look forward to getting it, if Congress doesn’t stand in the way.