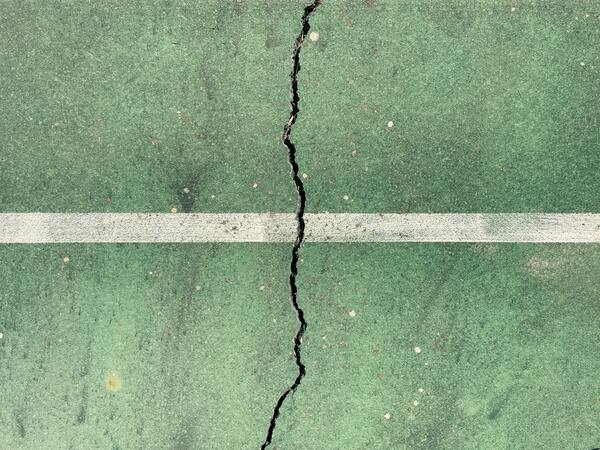 share
subscribe
https://lux-capital.webflow.io/ideas-blog/securities-by-lux-capital-sisyphean-maintenance
share and subscribe
https://lux-capital.webflow.io/ideas-blog/securities-by-lux-capital-sisyphean-maintenance
Danny Crichton
00:00
00:00
transcript
All our transcripts are made by human listeners and reviewed by our team for accuracy. Though we try hard to keep them error-free, there may be differences between the recorded audio and written transcripts. Please verify any statements in the audio before quoting in print.

Hurricane Ian slashed through Florida this week, a personally visceral whirlpool given that my family has now set down roots in the Sunshine State. The storm veered at the last minute and they were spared the worst of the destruction, but as circulating videos can attest, the damage to cities like Sarasota and Fort Myers — not to mention the earlier devastation to Cuba and Puerto Rico’s continuing recovery from Hurricane Fiona — was massive.

Now begins the rebuilding cycle, a familiar cadence for Florida, and strangely, for all Americans.

When it comes to maintaining the systems of civilization, America remains mired in a destruction-rebuild cycle. Though not typically as dramatic as a hurricane or say the collapse of the 35W bridge in Minneapolis in 2007, the quiet failures of public works can send populations reeling, whether it’s an electric grid breaking, a sewage system blocked, roads torn asunder from weather, or tracks that can’t support train loads anymore.

Each moment of destruction assumes a rebuild cycle — that the resources will be there when suddenly they are needed most. Unfortunately though, our lack of maintenance is cumulative and accelerating.

Accelerating enough, in fact, that a growing number of cities have decided to just disappear entirely. In her 2012 Yale Law Journal article and her just published new book The Fight to Save the Town, Stanford Law professor Michelle Wilde Anderson explores what she has dubbed “dissolving cities” — incorporated cities that decide to disincorporate in order to flee their shattered fiscal finances as well as the dreams of their citizens.

Her work focuses on the people affected, how they respond without a city government, and the legal mechanisms of how municipal bankruptcy and disincorporation take effect. It dovetails with wider looks at the unsustainable maintenance of thousands of American towns by the likes of Charles L. Marohn Jr., whose book Strong Towns and organization of the same name discuss the build-destruction-rebuild cycle of the American model of urban planning.

In short, when new suburbs are built, they rest on what appear to be stable finances. Property and new-home sales drive one-time tax revenues to fund capital infrastructure, from power lines and sewers to roads and schools. With everything newly built, maintenance costs are low to non-existent, and cities can stay attractive to potential residents by keeping taxes low. It’s right at this moment though that the seeds of future destruction are planted. These cities don’t have sustainable tax bases to cover all of their future maintenance liabilities in the decades to come, and so they essentially wait for things to break.

These dissolving cities are generally impoverished, but they certainly don’t have to be — even the wealthiest global cities suffer from a maintenance deficit. London is struggling to maintain drinking water to residents from a combination of massive deferred maintenance and seasonal drought. In July, the Greater London Authority explored banning new housing developments due to a lack of water, and utility Thames Water explored banning data centers from the British capital. From the Financial Times article:

Thames Water has been heavily criticised for its record on leaks and sewage pollution, with its network losing almost a quarter of the water it supplies, or more than 600mn litres a day. The company said leakage was inevitable over its 20,000 miles of pipes and that it was fixing more than 1,000 leaks every week.

These maintenance crises are only becoming more common in the West, where massive post-war urban expansion fueled extensive infrastructure construction. It’s now been about 70 years for much of this growth — not so off from the mean time to failure for these systems.

Extensive renovation is urgently needed, but at precisely the time when a confluence of factors have placed such a program out of reach. Repairs are expensive, driven by infrastructure design that prioritized convenience over repairability. Today’s education leaders prioritize college over technical training and trades, limiting the available skilled workforce. And our bar for infrastructure has simultaneously risen — once-simple water pipes have had to become increasingly more complex (aka “smart”) to handle digital operations, climate surges, individual user demand monitoring and control, quality filtering and testing, and more.

A few weeks ago, I was part of a discussion hosted by Anna-Sofia Lesiv at the Interact summit in New York City, where we debated technological literacy with the prompt of how to get more people to understand the complex systems that hold our civilization together.

My argument, essentially, was that civilization is irreducible to human understanding, and in fact, the definition of civilization is practically synonymous with socio-technical complexity. As I wrote back in Marginal stupidity:

The word “complexity” typically has a negative valence in our modern commentary, but complexity is generally good. As societies move from hunter-gatherer models of economic production to more specialization, surpluses of goods like food grow, and that allows for a greater number of roles across society as well as the development of culture.

Complexity isn’t desirable in and of itself, but it’s certainly an acceptable side effect of many of the amenities that we demand from civilization. Plus, as climate change and population growth puts ever more pressure on the world as a whole, we will need even more leaps of complexity to efficiently extract what we need at the lowest possible sustainable cost.

How then are we to reconcile this opposition between the increasing cost of maintaining ever-more complex infrastructures with our urgent need for civilizational repair? That’s unfortunately not a question that often gets asked among us in the tech world, where disruptive innovation draws the spotlight just as a politician would prefer a ribbon cutting in front of a new bridge rather than in front of workers conducting rust abatement.

Yet, there are currents driving technologists toward maintainability as a first-order goal. New York’s state legislature passed a relatively sweeping right-to-repair law earlier this year that would force electronics manufacturers to open their platforms — including diagnostics and repair manuals — to individuals. That legislation is sitting on Governor Kathy Hochul’s desk, who has the rest of 2022 to decide what to do with it. Outside the U.S., the European Commission is currently drafting model legislation to be submitted to the European Parliament that would extend right-to-repair obligations to industries from washing machines to electronic displays.

It might seem unlikely that right-to-repair legislation, which has been driven by a coalition of independent repair shops, farmers, electronics hobbyists, and open-source advocates, would somehow change the way we approach infrastructure. But I think that’s a narrow interpretation. What this legislation does is prioritize maintainability for all technologists building products, a paradigm that should filter down even into the slow-moving world of infrastructure.

Legislation is important, but equally so is a shift in perspective. Systems aren’t about launches, they are about long-term uptime and reliability. We’ve seen this sustainable thinking in cloud infrastructure, where DevOps and other professions have come together to ensure continued delivery of services, even under changing demands. They have honed tech stacks while also inculcating better cultures, norms and institutions to ensure the highest availability.

We need those philosophies to suffuse all the work done in public works too, while also bridging the financial gap between what infrastructure costs to maintain and what resources cities have available to them. For ultimately, those cloud infrastructures ultimately have to meet the clouds on the horizon and weather the hurricanes of the future.

While on the subject of building out infrastructure, let’s head to non-meatspace for a bit. Crypto has now become mainstream, with Fortune 500 companies holding digital assets on their balance sheet. That’s mostly fine if it just sits there, but dizzyingly complicated if crypto is used in any regular transactions. Accounting rules and federal regulations haven’t caught up to the reality of the market, which means that CFOs and others are struggling to do the right thing in a very new and gray area.

I was curious about the current state of Web3 infrastructure across all facets of data storage, privacy, governance, security, and more. So we hosted a podcast this week with my partner Grace Isford and CEO and founder Ann Jaskiw of Tactic.

Ann just recently joined the Lux portfolio after we invested in Tactic’s $11 million seed round alongside FTX, Founders Fund and others this week. Our thesis is that Tactic, which offers crypto accounting software, will allow companies to build a durable and well-annotated copy of their full financials, preparing them for inevitably more scrutiny from auditors as crypto becomes more mainstream.

We talked about Tactic itself for a bit, and then we talked about the Web3 infrastructure stack and its pockmarked reliability, The Merge’s effect on Ethereum’s future and Vitalik Buterin’s leadership role in the energy-saving transition, international dimensions of crypto security, as well as how the SEC is pivoting toward crypto regulation and why crypto founders are increasingly pro-regulation.

How to focus on not focusing

We live in a time of tremendous focus on … focus and productivity. Scan the shelves of any self-help section in a bookstore and you’ll find copious volumes on how to focus better, deeper, and longer along with a litany of productivity hacks and habits to efficiently glean. What you will often struggle to find however are books advocating doing nothing. But when it comes to creativity and making deep connections, it’s precisely when we are wandering that we are most focused on invention.

To talk more about cognitive science and psychology, I brought local New York City professor Anna-Lisa Cohen on “Securities” to talk about her research into mind wandering and how we balance present actions with future intentions. Her work became a viral hit during the pandemic after a Washington Post op-ed she penned on “mental time travel” struck a nerve (yes, that’s a cognitive sciences pun) for many suffering during the isolation at the heights of Covid-19.

We talk about our brain’s default mode network, why mind wandering shouldn’t get a bad rap, peak performance and generating novel concepts, what it means to focus on not focusing, carrying out future intentions and prospective memory, the psychology of film and particularly a look at Alfred Hitchcock’s “Bang! You’re Dead”, cognitive closure and its effect of information seeking, and finally, future simulations.

🔊 Listen to “Perhaps our greatest achievement is not being present”