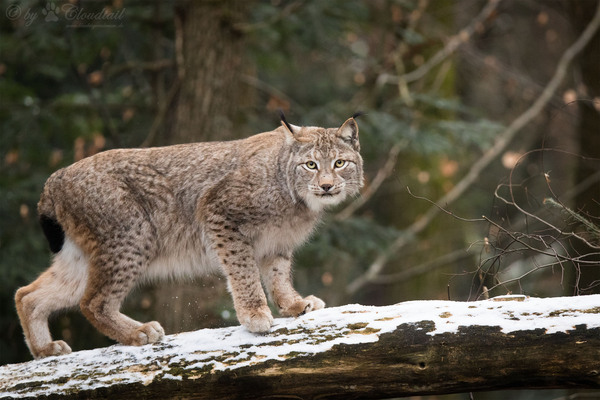 share
subscribe
https://lux-capital.webflow.io/ideas-blog/securities-by-lux-capital-the-esg-mirage
share and subscribe
https://lux-capital.webflow.io/ideas-blog/securities-by-lux-capital-the-esg-mirage
Danny Crichton
00:00
00:00
transcript
All our transcripts are made by human listeners and reviewed by our team for accuracy. Though we try hard to keep them error-free, there may be differences between the recorded audio and written transcripts. Please verify any statements in the audio before quoting in print.

Capitalism has taken its fair share of hits over the past few decades, castigated for all that’s wrong in the world from wealth inequality to climate change. Those criticisms have provoked a range of responses, from revolutionary demands to the more mundane incrementalist approaches of “stakeholder capitalism” and what has transfused into the strange alchemy of the ESG movement.

ESG — or ”Environmental, Social, and Governance” — is … well, it’s complicated. It’s a combination movement, investment thesis, framework, and slogan that’s meant to direct risk capital to opportunities that are … better. Better for the environment, or social integration, or globalization, or some other opportunity with positive externalities or at least not negative externalities. Sovereign wealth funds and pensions love it, and the global growth of the industry has been staggering. Bloomberg Intelligenceearlier this year predicted that “Global ESG assets may surpass $41 trillion by 2022 and $50 trillion by 2025, one-third of the projected total assets under management globally.”

That’s a lot of moolah.

Given the trillions flowing into the thesis, one would expect precision on what investments are encompassed with the ESG label. Yet, what allows an investment to be labeled ESG has been nearly impossible to pin down. The realistic complexity of the world ensures that there is always some observable downside to a company. Building a new neighborhood filled with sustainable green architecture? Well that’s sprawl, or potentially gentrification if it’s infill. What about a data center service using sustainable energy? Well, what if that data center handles Chinese surveillance infrastructure? Can an oil company be ESG if it slows down investment in exploration or drilling compared to its original plans? Do weapons manufacturers who sell their arms to Ukraine to fight off Vladimir Putin’s murderous war count?

Thousands of professionals have made their bureaucratic livelihoods trying to answer such questions — answers that were always vague, mercurial and riven with caveats. Now, a dizzying array of scandals is making it clear what was always obvious from its first formulation: ESG is filled with decent, good intentions, but with a depth of corrupt incentives that will never allow the concept to be properly realized.

First was Deutsche Bank-owned DWS, which was raided by German policeover allegations that it lied about the scale of its ESG portfolio. As quoted in the Financial Times, “‘After examination, sufficient factual evidence has emerged that, contrary to the statements made in the sales prospectuses of DWS funds, ESG factors … were not taken into account at all in a large number of investments,’ added the prosecutors’ office, calling the potential wrongdoing ‘prospectus fraud’.”

DWS had said that half of its $900 billion in assets were ESG, a number that now looks strikingly exaggerated.

That raid was on the heels of the SEC’s settlement with BNY Mellon Investment Adviser that it made misstatements and omissions about the extent of its ESG reviews of its investment assets. From the agency’s statement, “The SEC’s order finds that, from July 2018 to September 2021, BNY Mellon Investment Adviser represented or implied in various statements that all investments in the funds had undergone an ESG quality review, even though that was not always the case. The order finds that numerous investments held by certain funds did not have an ESG quality review score as of the time of investment.”

What’s interesting about this collection of cases is that they aren’t even predicated on an in-depth misunderstanding of the definition of ESG. These managers and advisors apparently willy-nilly slapped the label on investment products to make them more enticing.

Unsurprisingly, the SEC is currently promulgating new disclosure standardsfor ESG, including stronger “naming rules” of funds (if you name a fund “green”, it better be the tree variety) and clearer guidelines of what exactly ESG means. Those proposals have set off a tempest of commentary on their worthwhileness, with ESG advocates mostly lauding the agency’s attempt to clarify the boundaries of the asset class and protect consumers while the investment management industry generally argues that the attempt is burdensome and expensive.

Yet, attempts to rein in the excesses of exuberance of ESG’s loud backers are misguided, since the very premise of ESG is impossible to operationalize.

This connects into a field that’s gotten ever more interesting to me in academia, the sociology of quantification (a great recent overview and reading list is available from the nonprofit research organization Data & Society). It’s a field that investigates how metrics, definitions and categories are designed: What gets included and what’s left out? It also looks at how humans and organizations responds to metrics, as well as how those incentives can intensify measurement error as well.

While plagued by scandals stemming from the 2008 financial crisis, corporate credit ratings today are a reasonable quantification of the risk for default. With sufficient (accurate) data and the right model, Moody’s, S&P Global Ratings and other nationally recognized statistical ratings organizations (NRSROs) can offer a rating that is directionally accurate if not always perfect. The metric of credit ratings is purposely designed as a spectrum of values from most secure to junk, which helps their accuracy. Most importantly, the event they are predicting — bankruptcy and specifically default — is clearly defined in American law.

The ESG industry has attempted to provide the same service, offering a dizzying array of metrics, factors, ratings, rankings, assessments and more to create fungibility between assets. An oil company investing in the reduction of methane emissions from its pipelines and a forest management company that’s not all that sustainable are hard to compare along ESG lines, and so quantification is necessary to transform complicated case studies that would require dozens of analyst hours into clean numbers that can be dropped in a spreadsheet and crunched (think five-star ratings).

This quantification is built on good intentions, but there are serious mechanism design problems. With a plethora of ratings agencies using different definitions, companies can precisely select the ESG methodology that offers them the best result. In some cases (and with echoes of 2008’s scandals), the evaluation is purchased by the company under scrutiny, creating disincentives for accuracy. Meanwhile, asset managers want to do good, but they also need to deploy trillions of dollars of capital sloshing in. They could extensively investigate a company, or they can instead rely on a simple rating and add it to the fund, solving their problem with less work to boot. It’s little wonder then that asset managers are now facing harsh scrutiny for lax evaluation practices.

We’ve seen much of this story before in international development, where experts and organizations like the World Bank have long published developmental indicators to compare the path of countries to prosperity. But a major recent scandal at the Bank over the fabrication of China’s dataled it to stop compiling its Doing Business report entirely and eschew rankings and metrics. That outcome would not come as a surprise to anyone who had read Morten Jerven’s 2013 book “Poor Numbers: How We Are Misled by African Development Statistics and What to Do about It,” which argued that a combination of loose definitions and poor data quality ensured that development indicators were all but useless.

It’s time the ESG world learn the same lesson. The activities of an extremely complicated phenomenon like a multi-national corporation cannot be reduced to five-star ratings, particularly on a definition as squishy as “Environmental, Social, and Governance.” Rather than trying to strengthen definitions or improve quantification, the industry needs to come to terms with a more basic reality: the mission is impossible, and its failure began before it even started. With this much moolah at stake, the world deserves better.

Josh Wolfe has been posting excerpts of our most recent LP letter, but now we have the complete copy available as a PDF file on Google Drive. If you haven’t taken a read, the letter covers our theme of “entropic apex,” what we’re seeing and predicting in the macro markets throughout 2022, as well as the advice and positioning we are offering our founders and CEOs as the markets remain turbulent.

We have a great new two-part “Securities” podcast that launched this morning with notable NYU social psychologist Jonathan Haidt. Haidt, who co-wrote the book “The Coddling of the American Mind: How Good Intentions and Bad Ideas Are Setting Up a Generation for Failure” and also co-founded the Heterodox Academy, recently wrote an extended essay in The Atlantic on “Why the Past 10 Years of American Life Have Been Uniquely Stupid” (which Josh summarized in a nice tweet thread).

In part one, we walk through Haidt’s Tower of Babel metaphor and why Americans can’t talk to one another; the travails of free speech; and why social media is creating “structural stupidity” in America. Then in part two, we explore what the range of potential solutions are, including how social media products can reduce trollish amplification as well as how founders and CEOs can change their corporate cultures to enhance the growth of their Gen Z employees. Take a listen:

And if reality is too much to bear, last week before Memorial Day, we hosted noted speculative fiction novelist Eliot Peper on the podcast. Peper has now written 10 novels, and his most recent Reap3r was just published. In this episode, we discuss the art and craft of speculative fiction, how predicting and designing the future requires learning about the present, how Peper markets and launches his independently published books, and the power of wanderlust on opening our minds to new ideas. Take a listen: