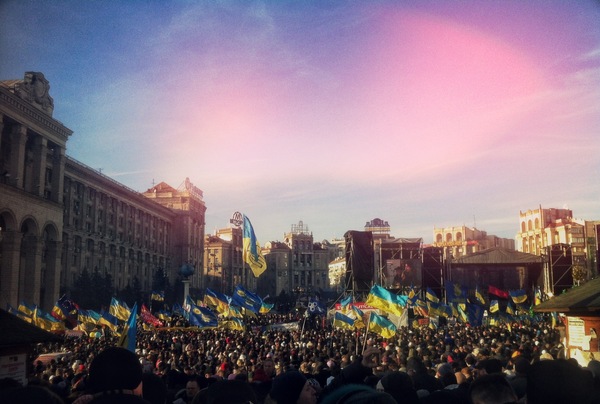 share
subscribe
https://lux-capital.webflow.io/ideas-blog/securities-by-lux-capital-the-manichaean-rainbow
share and subscribe
https://lux-capital.webflow.io/ideas-blog/securities-by-lux-capital-the-manichaean-rainbow
Danny Crichton
00:00
00:00
transcript
All our transcripts are made by human listeners and reviewed by our team for accuracy. Though we try hard to keep them error-free, there may be differences between the recorded audio and written transcripts. Please verify any statements in the audio before quoting in print.

The dynamics of “watchwords” in the sweeping narratives of nation-states are peculiar and complex. “Democracy” and “equality” have a certain valence to Americans that’s unique, even to other democratic and equal places. This is to be expected after all: each community spins its own story, and thus the same political phrases can have radically different interpretations depending on who receives them.

I was thinking about this dynamic while reading two books this past week, one on developments in Russian military science and the other on Chinese leftism. The two works are mostly orthogonal to one another, but one nexus that linked the two together was an obsession about “color revolutions.” Once a core doctrine of democracy promotion, it’s a term that has subsided in the West, but was commonly used to describe popular revolts against authoritarian regimes in places like Georgia (Rose), Ukraine (Orange), Kyrgyzstan (Tulip) and the broader Arab Spring in 2011.

Yet, the specter of the color revolution has never quite left the minds of authoritarian leaders, and both Russia and China have made reducing their incidence core to their executive programs.

Oscar Jonsson, in The Russian Understanding of War, writes on the developments in Russian military theory in the post-Soviet era. With the likelihood of nuclear war reduced, the country’s theorists struggled to evolve their doctrines to encompass the increasingly complex security environment that arrived in the 1990s, namely around information systems. Russian military theories were deeply imprinted with Clausewitz’ definition of war as the use of armed force in the pursuit of politics, which worked well throughout the Cold War. In this new era however, it left open key questions. What happens though when a country like the United States uses financial sanctions to harm a nation? Or Europe subsidizes a civil society organization or media outfit exposing corruption at the highest echelons of government?

For the past two decades, Russia’s top military strategists have struggled with what to do with these activities. If such negative actions were to be considered “war,” then international rules on conflict would have to be entirely rewritten — and wars would be declared constantly, essentially making such declarations useless. Yet, it was clear that wars going forward wouldn’t involve nuclear weapons, and that such remote and contact-less tactics were going to be the new norm.

The rise of color revolutions on Russia’s periphery in the early 2000s jolted the country and its leaders. The result was an expansion of its definition of war to encompass far more than armed conflict, shredding the legacy of Clausewitz. While noting that it is hard to be definitive, Jonsson argues that the Russians finally came to the conclusion that “Information-psychological warfare is so effective that it should be considered violent, that it blurs the boundaries of war and peace, and that Russia considers itself to be engaged in large-scale information war. Furthermore, it is seen as a key enabler for the creation of color revolutions, the major threat from the West in the Russian view.”

This evolution was driven by strategists like General Makhmut Gareyev, the former president of the Russian Academy of Military Science. From Jonsson:

In January 2012, Gareyev wrote that there were two main ways to achieve policy objectives in the modern world. The first was ‘information, cyber, electronic, psychological, and other subversive activities, the creation of controlled chaos [the Russian term for color revolutions] to provoke in the opposing countries various kinds of unrest, overthrowing the unwanted power structures within and disturbing the internal stability of the state’ … The second way was through using armed force to unleash local conflicts…

For Russia, the focus on the power of information was realized during the first Gulf War, when the country saw that a relatively small international coalition of troops against Saddam Hussein used superior intelligence to achieve victory. In addition, the development of channels like CNN which covered the war live brought huge propaganda value to the U.S. As Jonsson writes, “The Gulf War was a wakeup call for the Russian military in terms of how vulnerable Soviet-era equipment could be against new equipment, concepts, and doctrine aided by information technology.”

The Pentagon’s chief planners seem headed in much the same direction today, albeit significantly later than their Russian counterparts. Given America’s overwhelmingly superior arsenal, there was sensitivity and concern about the diminishment of power projection compared to the Russians, and thus, a slower response to the changing nature of warfare characterizing the 21st century.

With Russia focused on preventing color revolutions across all layers of security and government, we see the apotheosis of Putin’s political goals. Despite a raging war in the Ukraine, laws banning the discussion of it have all but squelched dissent by citizens.

Simultaneous with the development of these theories in Russia, China was rebuilding its own political system to protect against the further encroachment of Western-style capitalism and liberalism on the mainland. In China’s New Red Guards, Jude D. Blanchette charts the intellectual journeys of China’s leftists, how they lose power in the 1980s and 1990s with the reform and opening period under Deng Xiaoping and Jiang Zemin, only to regain more substantive influence in the Xi Jinping era.

The Communist Party of China watched global popular revolutions and became deeply worried about color revolutions, and the left’s insistence on embracing China’s full history offered a potential narrative and antidote. As Blanchette writes about one leftist activist, “What the country needed, and now had, was a third group—a ‘new left’—that would oppose Deng-style economic reforms and embrace the Maoist legacy—all of it—including (indeed especially) the Cultural Revolution and its great innovations in ‘mass democracy.’ And this was relevant today, [he] concluded, because China was threatened by a wave of ‘color revolutions’ incited and supported by the United States.”

For much of the past decade under Xi, China has buttressed its founding myths, expanded the number of patriotic heroes in the country’s arc (and penalized besmirching them with lengthy jail sentences), and increasingly strengthened the Great Firewall to protect its prime place as chief censor for all media. Now, the government is focused on minimizing the valorization of capitalism, wealth and fame across media, with the long-range objective of reducing the appearance of inequality and reducing the risk of fomenting a color revolution.

We thus have two countries developing parallel strategies around this shared concern around the watchword of color revolutions, all while the U.S. and Western media have somewhat shrugged off the term. Russia’s approach may be more focused on military strategy and China’s on domestic “rectification,” but the planning and its purposes are the same.

The divergence is a matter of interpretation. For the West, color revolutions are a spark that bring an outpouring of popular power, creating political transparency for opinions that were once secretly expressed. Yet, for Russia and China, the meaning is inherent to the Russian translation of the term, which is “controlled chaos.” Color revolutions are moments of pure emotion, where a citizenry lose their rationality and destroy order and stability for next to no gains. It’s about anesthetizing that seething spasm, and ensuring that people come to their senses.

China and Russia have organized deep responses to this phenomenon, and yet, the originator of the concept has done little to double down. The United States is adrift on democracy and rights promotion following Iraq and Afghanistan, and while reflection on the disasters of those conflicts is warranted, going mute on democracy promotion is the wrong course of action.

The specter of color revolutions galvanized regimes worldwide to clamp down and close avenues for any impulse for change. That’s not surprising: in black-and-white, totalizing, Manichean systems, there’s no room for color. That doesn’t mean that America can’t retake the mantle of leadership though, and build its own doctrines. What’s the watchword of the United States today? The fact that I can’t really tell you is everything you need to know.

The past, present and future of the VC industry

This week on the “Securities” podcast, we had two great shows. First up, Grace Isford and I asked “Is web3 really just looking for Web 2.5?,” discussing how the future of the crypto developer stack will increasingly look to bridge the gap between Web 2.0 and web3. (Listen on Apple Podcasts / Spotify)

Then this morning, we had Sebastian Mallaby, senior fellow at the Council on Foreign Relations and the writer of The Power Law: Venture Capital and the Making of the New Future, talking with Josh Wolfe and I about the differences between VC and hedge funds, which was the subject of Mallaby’s earlier book More Money Than God. We also discussed the histories of VC firms, the rise of solo capitalists, why succession planning remains so hard, and what allows some investors to find enduring alpha in the industry. (Listen on Anchor, which has links to Apple Podcasts and Spotify as well)