"Securities" by Lux Capital: The remains of the day 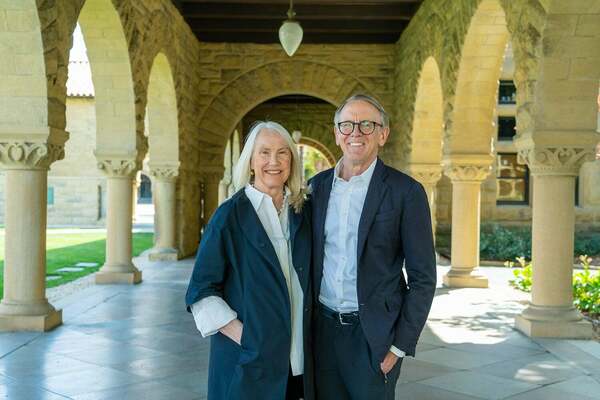 share
subscribe
https://lux-capital.webflow.io/ideas-blog/securities-by-lux-capital-the-remains-of-the-day
share and subscribe
https://lux-capital.webflow.io/ideas-blog/securities-by-lux-capital-the-remains-of-the-day
Danny Crichton
00:00
00:00
transcript
All our transcripts are made by human listeners and reviewed by our team for accuracy. Though we try hard to keep them error-free, there may be differences between the recorded audio and written transcripts. Please verify any statements in the audio before quoting in print.

There’s just an incredible number of big news stories this week, and I am going to get to some of them. But I don’t want to overlook one of the most distinguished stories that sort of wafted past the attention of most of us as the markets vigorously gyrated this week.

John Doerr, the legendary head of Kleiner Perkins Caufield & Byers (now just Kleiner Perkins) whose investments in Amazon and Google made him one of the greatest VC investors of all time (a tale you can read extensively about in Sebastian Mallaby’s The Power Law by the way), announced a $1.1 billion dollar donation to Stanford University for a new School of Sustainability, which will be named after him and his wife.

Why the massive donation? In an interview with the New York Times, he said that “Climate and sustainability is going to be the new computer science [… and] this is what the young people want to work on with their lives, for all the right reasons.” It’s the second-largest donation to a university ever.

Across interviews and the university’s own press, the new school will cover an extensive amount of ground, aggregating many of Stanford’s disparate centers and institutes around climate and resilience under one strong banner. But as Josh Wolfe pointed out on Twitter though, what was notable was the lack of any mention of nuclear power as part of the program.

Now, it’s a bit of a jab at a massive and massively positive announcement. But the active discussion of nuclear in the context of any climate change conversation is a useful litmus test for how serious the discussants are about solving the looming death of our planet.

Nuclear is a topic we have discussed a few times before in Fission today, fusion tomorrow and briefly in The Manichaean rainbow. We’re obviously pro-nuclear or as Josh calls it, pro-elemental power. Yet, it’s not just a position statement: nuclear energy is a critical ingredient in the fight against climate change that can’t be ignored. As Bill Gates writes in his book How to Avoid a Climate Disaster from last year:

Here’s the one-sentence case for nuclear power: It’s the only carbon-free energy source that can reliably deliver power day and night, through every season, almost anywhere on earth, that has been proven to work on a large scale. No other clean energy source even comes close to what nuclear already provides today. […] And it’s hard to foresee a future where we decarbonize our power grid affordably without using more nuclear power.

Stanford isn’t a bastion of nuclear research compared to MIT and Berkeleyacross the bay, which can take advantage of some of the work of the nearby Lawrence Berkeley National Laboratory. But that’s all the more reason to ensure that this line of research isn’t ignored, but rather expanded. For the initial publicity, it’s a missed opportunity. If it’s forgotten entirely, it’d be a tragedy.

Speaking of the university / venture capital nexus, this week we published a deep dive discussion with Scott Wilson, the chief investment officer of Washington University in St. Louis, on the “Securities” podcast. Wilson joined WashU in 2017 and quickly shook things up: he redeemed $3.6 billion in assets in his first week on the job and jettisoned 36 of the 37 hedge fund managers the endowment had at the time (and ultimately dropped the last manager as well). The changes speak for themselves: WashU announced a 65% return last year on its managed assets, and the school announced that it will offer need-blind undergraduate admissionsfor the first time.

Wilson is joined by our very own Josh Wolfe and Alex Nguyen, and the trio discuss his origin story in rural Alaska, his migration to Wall Street during the heady days of the 1990s, what he learned at Grinnell College’s endowment and how he rebuilt the WashU asset management philosophy, direct investing alongside GPs, the current global macro environment, what his LP nightmare is, his approach to the crypto and healthcare industries, and finally to top it all off, some book and cultural recommendations. All in about 35 minutes thanks to our producer Chris Gates’s amazing editing.

Take a listen to the episode on Anchor and subscribe to the “Securities” podcast on Apple Podcasts and Spotify.

Returning to the theme of climate change, this Wall Street Journal story titled “The Most-Hated Solar Company in America” has to be one of the most fascinating I have read in the past few weeks. Auxin Solar, a tiny panel manufacturer in San Jose, requested that the Commerce Department investigate its industry to evaluate whether Chinese panel manufacturers are evading American tariffs by repositioning parts of their manufacturing chains to Southeast Asia. The result has been chaos in the industry:

Power companies such as NextEra Energy Inc. and Xcel Energy Inc.said many of their solar projects are facing monthslong delays. The Solar Energy Industries Association, a U.S. trade group, warned that what it called the “Auxin tariff” could lower projected solar deployment by 48% this year.

While not discussed extensively in the story, the use of Commerce Department investigatory and regulatory powers through agencies like the Bureau of Industry and Security has been considerably expanded during the Trump administration and into the Biden administration as a way to crack down on China’s manufacturing and tech sectors. Now, the costs of those actions are starting to be realized, with this administration’s own investigation now blocking its own climate policy.

Abortion and a tale of two countries

One of my earliest “Securities” newsletters was called “American Civil War 2.0” and focused on a book by Stephen Marche that looked at social and political fractures in the United States and what could trigger a breakdown of the state. Ever since Supreme Court oral arguments were delivered on December 1 last year in Dobbs v. Jackson Women’s Health Organization, I have been reminding my partners here that the looming decision on abortion could be one of the largest exogenous macro factors affecting American markets this year.

Well, I never could have predicted just how much destruction a key U.S. institution would experience.

The leak of justice Samuel Alito’s draft opinion this past week was astonishing both for its gall and for its sheer rarity. And even if the final opinion is significantly less odious than the draft opinion (which I actually predict since I believe the leak came from a conservative who is lambasting the court for ultimately neutering Alito’s caustic stance on abortion), the damage to one of the few remaining pillars of the American republic can’t be ignored. Without a court that is widely accepted as impartial and fair by the American public, the last branch of government Americans widely had any faith in anymore will have been demolished.

As for the draft abortion decision itself, Deena Shakir offered a constructive approach on how to move forward on the matter with some notes on Twitter.

Deena has been investing widely in women’s health and fertility over the past two years. As I wrote in “On upgrading the securities of women globally”:

Those physical security challenges can bleed right over to health security, with women often struggling to acquire the unique health services they need. In the United States, women can find it difficult to access a range of services from obstetrics and gynecology to the comprehensive help needed to fight breast and ovarian cancers. But even outside of these specific health services, women encounter significant barriers to accessing all healthcare services. Outside of wealthy nations, the quality of health care can decline dramatically, with acute declines for women who are often overlooked by public health systems.

There’s not going to be any improvement to women’s health by making a key procedure illegal in almost two dozen states and possibly more. The final opinion of the court will be delivered in the next few weeks — it may well not just affect the fate of women and the men who support them, but also the wider sense that America can stand together as an undivided commonwealth.

Speaking about access to healthcare, this week also saw the culmination of wide-scale concerns around some ADHD and other mental healthcare startups who have been accused of over-prescribing drugs like Vyvanse and Adderall. Cerebral and Truepill are among the companies that have halted their prescriptions for certain drugs in response.

Telehealth has been a lifeline for many patients in the Covid-19 era, who are far more comfortable — and safe — in receiving care virtually than going to an in-person clinic. However, that virtual element can quickly attract the wrong kind of growth hacking, and in the health world, that sort of growth mentality can cause serious harm.

Lux has been very interested in telehealth services for a while, and we have backed a portfolio of startups here. The truth though is that the hardest part of investing in this market is choosing the companies that place health integrity and patient lives first, often over immediate growth (Deena posted some thoughts on this subject). We believe in the long run that the winners in healthcare will always be those who earn the trust of patients and physicians, and that has meant that we have had to pass on a myriad of hot telehealth startups that see health just as another software industry waiting to be disrupted.

Expect more scrutiny by regulators of the most aggressive startups, and more attention from investors on the companies who are quiet but quality in the year ahead.

Finally, I’d be remiss to fail to acknowledge the massive collapse in trade volumes going on in the NFT world. The Wall Street Journal notes that “The number of active wallets in the NFT market fell 88% to about 14,000 last week from a high of 119,000 in November.”

We’ve always been long crypto infrastructure here with Grace Isford and Brandon Reeves driving our strategy, and so we are pretty distant from the expensive buying of pixels that has electrified the crypto community the past year. Nonetheless, the rapid decompression of the NFT market is astonishing both for its scale and speed.

I wish I had more to say on the matter, but I actually think this is one of those market stories that will take several years to process and an author will come along with a great book on the fundamental forces that really drove the craze.