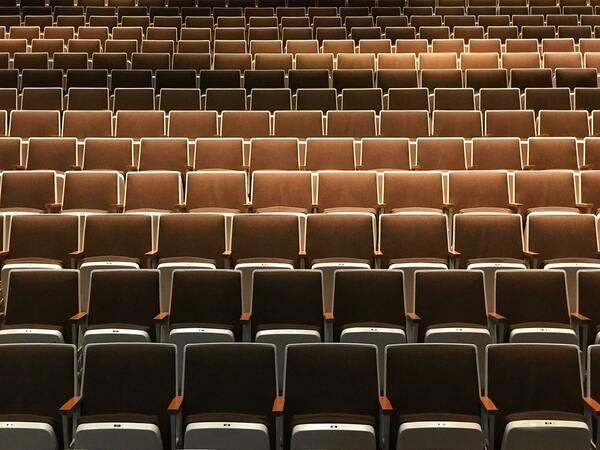 share
subscribe
https://lux-capital.webflow.io/ideas-blog/securities-by-lux-capital-unblissful-ignorance
share and subscribe
https://lux-capital.webflow.io/ideas-blog/securities-by-lux-capital-unblissful-ignorance
Danny Crichton
00:00
00:00
transcript
All our transcripts are made by human listeners and reviewed by our team for accuracy. Though we try hard to keep them error-free, there may be differences between the recorded audio and written transcripts. Please verify any statements in the audio before quoting in print.

A recommendation from last week’s “Securities” newsletter was a feverishly forwarded article in The New York Times that described how a professor at NYU was let go after students complained that his chemistry class was too hard and not changing in light of the unique challenges of the Covid-19 era. Responses were shrill across the spectrum, from folks lamenting the deplorable state of the nation’s youth to those who feel that education should better accommodate the mental health of students.

Left out of much of the conversation is just how awful STEM (science, technology, engineering, mathematics) education remains in America, particularly at universities but by no means exclusive to them.

It’s a theme that I have personally written about for more than a decade, all the way back to when I was a columnist at The Stanford Daily and caused a minor kerfuffle over an article entitled “Why I Left Science”. Reflecting on my options for study, I wrote in 2009 that:

I looked at the equation before me: large lecture classes with memorization-intensive coursework plus little support plus little opportunity to be involved in science equals bad Stanford education. So I left.

There is a yawning gap between what science education can be and what is actually delivered in most classrooms. The sciences should be endeavors of wondrous discovery and curiosity that inculcate a deep empathy for the laws and theories that hold our tenuous world together.

What’s delivered instead far too often are crowded lecture halls, impenetrable textbooks, and relative bell curve standards that brook no affordances to the talent that’s actually seated in the classroom. These conditions are worsened by the asinine need to “weed out” students, either from majoring in these fields or from pursuing medical school, guaranteeing that the already-prepared are the only ones who make it through the gauntlet.

How many of America’s best potential engineers and scientists have been dissuaded from these fields simply by the abominable morass that is introductory college education in these subjects? The answer is impossibly high, given that all fields but computer science have watched enrollments decline even as America’s student population swells.

A rebuilt education in STEM would start with experiential labs first. It would offer hacker and maker spaces where students can explore, invent and design everything from semiconductor circuits and synth bio systems to software apps and chemical reactions. It would guide students to find their desire in the field first before their brains are jammed with factual minutia.

Most importantly, the entire concept of “weeding out” must be damned to its grave. Elitism and high standards are not a problem, but far too often, weeding out is nothing more than a lazy crutch for lecturers who long ago should have been banished from the classroom. It’s well past time that universities stopped America’s anti-science descent and started asking: why did all the students leave? Check them out at midterms and you’ll find out why.

Insulating from the news is like breathing in asbestos

Every week the gusher of news surges just a bit more. Recently, we had the continued UK gilt crisis, global exchange rates like the Yen hitting multi-decade extremes, a coup d’état in Burkina Faso (the second this year for those counting), Russia pummeling Ukraine with its heaviest volley of missiles yet, and that’s not even getting into the sulfurous cacophony of the U.S. midterm elections or the baseless speculation around the 20th National Congress of China.

One response to this volume of information is just to turn it off. It’s anecdata, but an increasing number of my friends have just switched off the news entirely. And when I say entirely, I mean they have unsubscribed from all publications and have, for all intents and purposes, relocated to a cave with very bad 5G reception. Most of them claim it as a form of mental wellness — the news is simultaneously draining, exhausting, and depressing, so the best approach is simply to lance it entirely. Ignorance is bliss, in other words.

This is not a new phenomenon in tech circles of course. In much the same way that Soylent solved the “distraction” of eating, founders and software engineers have regularly told me over the years that reading the news hurts their productivity “vibe”, and so it’s best to just stay rigorously focused on product development and occlude the outside world.

That was easier when multiples expansion allowed Silicon Valley to essentially live in an ethereal bubble outside the normal world order. Economics and politics played no role in the daily life of company building, and with everyone awash with cash, no one needed to know how capital formed or how it actually flowed.

But insulation from the news is a form of deep privilege, an indication that financial resources can solve any arriving problems and that the savageries of life can be held at bay. News is ultimately a necessity to all but the lucky few. Think of the young men of Russia who received news that they would be imminently drafted into Vladimir Putin’s war and had mere hours to run before the government started banning their travel by plane and over land. Hope you had push notifications on.

Ignorance isn’t bliss for those left behind, or really any of us. Reading the news can sometimes be described as a citizen’s duty, a form of civic engagement in the polity. It’s much more individualistic and valuable than that though — it’s really about survival, and for some, a means of thriving. Knowing what’s going on is the key to adaptation, and adaptation — as hard and gruesome as it can be at times — is the path to bliss.

The other story that whipped around my networks this week — and also from The New York Times — was the paper’s profile of California’s disastrous high-speed rail boondoggle. In particular, one passage was quoted by dozens of my friends:

The state was warned repeatedly that its plans were too complex. SNCF, the French national railroad, was among bullet train operators from Europe and Japan that came to California in the early 2000s with hopes of getting a contract to help develop the system.

The company’s recommendations for a direct route out of Los Angeles and a focus on moving people between Los Angeles and San Francisco were cast aside, said Dan McNamara, a career project manager for SNCF.‌

“There were so many things that went wrong,” Mr. McNamara said. “SNCF was very angry. They told the state they were leaving for North Africa, which was less politically dysfunctional. They went to Morocco and helped them build a rail system.”

There was much titillating that supposedly-advanced California was discarded in favor of emerging market Morocco. That reputation is completely unwarranted: Morocco actually has a working high-speed rail line that connects Casablanca to Tangier and opened in 2018, the first on the African continent. With 186 kilometers of dedicated high-speed rail, Morocco actually has a longer network of bullet trains than the United States, where Amtrak’s Acela only hits its maximum speed on about 80 kilometers of track. Morocco also plans to expand the line significantly further in the decade ahead.

The wider pattern brought to light in this story though is the balance between complexity and governance that we explored back in “Marginal stupidity”:

[Joseph A. Tainter]’s theory is that there are declining marginal returns to investment in complexity, but he also implies that such complexity can also turn negative. There is a point at which complexity begets further complexity with no increase in productivity, essentially leveraging a collective “tax” on everyone to maintain an ever more complicated bureaucracy for no value.

Nations can clearly have too little government, with an inability to identify and track property rights, to adjudicate disputes, and to provide for general stability and well-being. On the other extreme, it’s entirely possible for governments to have so much useless complexity that they become BANANA republics (“build absolutely nothing anywhere near anything”).

California’s dysfunction is hardly a new story (unless you have decided to tune out the news!), but it’s important to remember how its dysfunction actually renders. High-speed rail isn’t a new invention, but it does require rigorous planning, optimization, and project management. It’s a skillset that’s clearly in a sorry state across the Golden State, and much of America to boot.

“Securities” Podcast: We will observe a battle for the true openness in AI

No technology has as many dual-use challenges as artificial intelligence. The same AI models that invent vivacious illustrations and visual effects for movies are the exact models that can generate democracy-killing algorithmic propaganda. Code may well be code, but more and more AI leaders are considering how to balance the desire for openness with the need for responsible innovation.

One of those leading companies is Hugging Face (a Lux portfolio company), and part of the weight of AI’s safe future lies there with Carlos Muñoz Ferrandis, a Spanish lawyer and PhD researcher at the Max Planck Institute for Innovation and Competition (Munich). Ferrandis is co-lead of the Legal & Ethical Working Group at BigScience and the AI counsel for Hugging Face. He’s been working on Open & Responsible AI licenses (“OpenRAIL”) that fuse the freedom of traditional open-source licenses with the responsible usage that AI leaders wish to see emerge from the community.

Ferrandis and I talk about why code and models require different types of licenses, balancing openness with responsibility, how to keep the community adaptive even as AI models are added to more applications, how these new AI licenses are enforced, and what happens when AI models get ever cheaper to train.

🔊 Listen to the episode