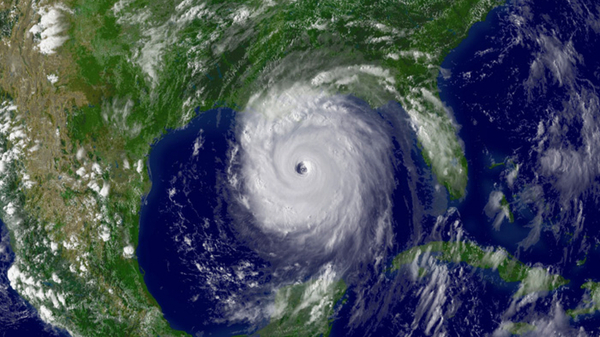 share
subscribe
https://lux-capital.webflow.io/ideas-blog/securities-by-lux-capital-uncertain-risk
share and subscribe
https://lux-capital.webflow.io/ideas-blog/securities-by-lux-capital-uncertain-risk
Danny Crichton
00:00
00:00
transcript
All our transcripts are made by human listeners and reviewed by our team for accuracy. Though we try hard to keep them error-free, there may be differences between the recorded audio and written transcripts. Please verify any statements in the audio before quoting in print.

Colloquially, risk and uncertainty are synonyms, and it’s a misidentification that has caused trillions of dollars of damage and is increasingly at the root of modern “securities.”

In his new book “Fragile Futures” from Cambridge University Press, economist and long-time IMF executive Vito Tanzi builds upon narratives first developed by John Maynard Keynes and Frank Knight in the early 1920s that defined risk and uncertainty in polar opposite terms. Risk is measurable, even if not precisely predictable. For example, a certain percentage of people within a population will experience heart attacks in a given year. Who those people are and exactly when they will have these heart attacks is hard to forecast, but there is actuarial consistency about their frequency and the cost of treatment. Therefore, efficient insurance markets can exist that take on the burden of health costs in exchange for a fixed premium.

Uncertainty, on the other hand, comes from future events where the frequency and cost cannot be estimated. Unmeasurable, these events cannot be insured, since there is no efficient market price to offer. Tanzi name-checks Nassim Nicholas Taleb and The Black Swan, which has similar themes about long-tail, unpredictable events.

What Tanzi argues is that we are increasingly moving away from a world of consistent, insurable outcomes to one in which disasters and crises plague us regularly, and yet, governments can only invest to solve for risk and fail to solve for uncertainty. As he writes:

Time is always an important factor in economics, but it often plays more of a role than it should. […] The timing and severity of epidemics, and of major hurricanes, earthquakes, fires, tsunamis, tornadoes, and other possible natural disasters, including nuclear disasters, cannot be predicted. Without such predictions, efficient preparation for them, or the creation of insurance markets to deal with their unknown costs, do not seem possible and no attempts are made.

Take the Covid-19 pandemic. Virologists, multiple scientific panels, and CIA have for decades all warned that pandemics were the greatest threat to America, given their potential lethality and scale of economic disruption. Even so, the United States invested little in the Epidemic Intelligence Service or in early-warning detection systems, and even now, increases in funding are now struggling in Congress. A pandemic is not a risk but an uncertainty — we know that one will come, but we don’t know when or how badly it will hit. In fact, the last major pandemic to hit the United States was more than a hundred years ago, meaning that generations of people went through their lives without experiencing one.

The problem for governments of course is that there is a limited pot of revenue to allocate, and so many needs to be fulfilled. Would we cut back on road maintenance in order to build more pandemic resiliency? Should we cut funding for schools so there are more nuclear fallout shelters? Should we fund planetary resiliency to an asteroid strike?

Tanzi’s book makes a relatively weak case on what to do, and exhausts the reader with disaster minutia that goes on for more than a majority of the book. So, don’t buy the book. But let me draw a bolder argument: there are increasing numbers of natural and man-made disasters that are transitioning from uncertainty to risk.

Take hurricanes for instance. Once rare, the Gulf Coast, Florida, and the Eastern Seaboard are now regularly bombarded by Category 4+ hurricanes. Instead of a classic “Act of God” uncertain event, these natural disasters are increasingly becoming regular occurrences, with statistically estimable frequencies and damages.

Uncertainty is also being transmuted into risk thanks to better technology. As Umair Irfan wrote in Vox about the decline in deaths from natural disasters:

Yet despite these growing risks, around the world, disasters in general are becoming less deadly. According to the World Meteorological Organization (WMO), the number of disasters over the last 50 years has increased fivefold, but the number of deaths has fallen by two-thirds.

This is a huge accomplishment — perhaps one of the biggest success stories in modern history — yet it’s easy to overlook. These immense gains are the result of the steady, incremental work of forecasters, planners, architects, engineers, and policymakers rather than any single innovation. And the main metric is averted losses, something that’s often hard to appreciate and tricky to value.

For example, he notes:

Disaster prediction has seen dramatic improvements, especially in the era of weather satellites and vastly more powerful computers. For example, the National Hurricane Center can now project the path of a hurricane 72 hours in advance. In 1990, the center could only make such a prediction 24 hours ahead of a storm, and with less accuracy.

What was once immeasurable uncertainty has become measurable risk, and that means governments and institutions have the mathematical tools available to assess counter-strategies.

We’ve had a reduction in uncertainty, but it hasn’t disappeared entirely. How do we begin to counter all the other challenges facing us, which will remain opaque to quantification?

The answer goes back to “Dissonant loops” two weeks ago: state capacity. We may not be able to invest in resilience against every uncertainty, but we can invest in rapid response. We don’t know when “The Big One” will hit the San Francisco Bay Area, but we can be prepared to swiftly mobilize resources when the time comes.

Unfortunately, state capacity in the West is at a nadir and reactions are slow — even when scenarios have just transpired. Critics are excoriating the CDCfor the slow rollout of its response to the outbreak of monkeypox, despite the fact that the agency just fought Covid-19 the past two years. This week in New York State, a case of polio was detected, the first in the United States in a decade. Will the CDC be similarly slow to counter any potential spread?

The future doesn’t have to be fragile. Widespread uncertainty is the new normal, and that means it is incumbent on every level of government and every person to be prepared and trained to respond swiftly and decisively when crises arise.

One of the annoying and undying narratives of American foreign policy is that there will be some technology barrier that China won’t be able to master. The barrier always seems to shift, and recently it’s been focused on the mainland’s ability to fab chips at and below the 14 nm node as well as to make an airframe that can compete with Boeing and Airbus.

Now, we are discovering that SMIC, the Chinese government-christened chip fab leader, is far ahead of where most Western analysts thought they would be on the journey to the semiconductor technology frontier. Dylan Patel of SemiAnalysis, who writes one of the best newsletters on the subject of chips, talked about SMIC’s N+2 process node based on an analysis by TechInsights. What he found shouldn’t shock anyone, but always seems to come as an earthquake to certain analysts:

China’s SMIC is shipping a foundry process with commercially available chips in the open market which are more advanced than any American or European company.

Far from being slowed down by export license controls from the Department of Commerce or a lack of talent, SMIC has apparently leapfrogged ahead of its American competitors, and is now openly selling chips at the 7nm node. The Senate this week voted to move forward with legislation that would see billions of subsidies offered to Intel and others to double down on American semiconductor manufacturing. But it seems the bill may well be too late.

As well as the sheer speed with which Beijing is able to acquire new weapons, Holt contends, the Chinese are also operating far more efficiently. “In purchasing power parity, they spend about one dollar to our 20 dollars to get to the same capability,” he told his audience. “We are going to lose if we can’t figure out how to drop the cost and increase the speed in our defense supply chains,” Holt added.

We’ve talked about the waste in defense procurement previously in “Defense Fordism” but it bears repeating again and again: the prices the Pentagon pays for hardware are not the prices any of our adversaries see in the marketplace.

It costs a hell of a lot less to build an army than American policymakers believe.

Tomorrow, it’ll be 30 days since the Supreme Court announced in Dobbs v. Jackson Women’s Health Organization that there is no constitutional basis for the right to abortion, overthrowing several decades of precedent. It’s a decision with huge implications for tech startups, which will now operate across 50 sets of state laws, covering everything from privacy and data governance to who gets to decide which patients receive women’s health and who won’t.

Now that we’ve had a few weeks to digest the decision, I asked my partner Deena Shakir to bring together a panel of guests from the Lux portfolio to talk more about how startups are responding to Dobbs. We have Dr. Neel Shah, assistant professor of obstetrics, gynecology and reproductive biology at Harvard Medical School and Chief Medical Officer of Maven Clinic; Halle Tecco, founder of Natalist, which was acquired by Everly Health in October 2021; and Paxton Maeder-York, CEO and founder at Alife Health.

What we see in American religion, even if it is practiced in a corporate setting, is often the question, “How can the group help the individual realize themselves?” Whereas in other cultures this question tends to be reversed: “How can the individual help realize the goals of the group?” Interestingly enough, I think that companies have been able to command great self-sacrifice from Americans in a way that no other institution can today. I would argue that companies or workplaces have become the new faith communities that are replacing organized religion.

One obstacle was technological: Burning coal required metal ovens, which were still expensive and rare. But a more complex barrier was cultural: Many people hated the aesthetics of stoves because they were enclosed, and you couldn’t see the flames within as you could in a traditional fireplace. In articles and speeches, prominent citizens protested, denouncing stoves as, essentially, un-American.