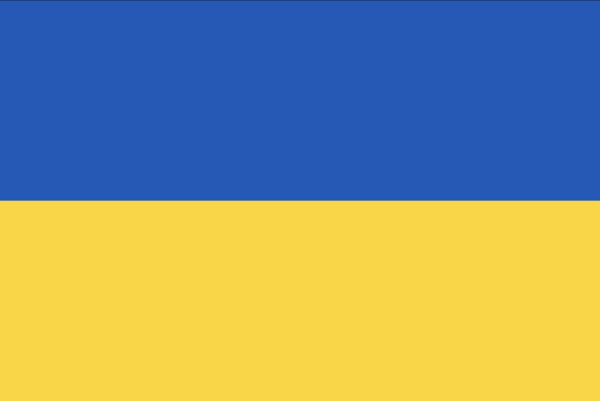 share
subscribe
https://lux-capital.webflow.io/ideas-blog/securities-by-lux-capital-unspeakable-evil
share and subscribe
https://lux-capital.webflow.io/ideas-blog/securities-by-lux-capital-unspeakable-evil
Danny Crichton
00:00
00:00
transcript
All our transcripts are made by human listeners and reviewed by our team for accuracy. Though we try hard to keep them error-free, there may be differences between the recorded audio and written transcripts. Please verify any statements in the audio before quoting in print.

America has a problem with unspeakable evil: it, quite literally, can’t speak about it.

Evils plague American society, of course. A modern census of American evil would include police brutality against people of color; a culture of sexual assault and misogyny that denigrates the rights of women; business executives and a consulting class pushing highly-addictive opioids to millions of Americans; and really, dozens of other major scandals from industrial environmental catastrophes to widespread public corruption and larceny.

It’s a list of evils that’s long and horrific but speakable, comprehendible. Indeed, we constantly discuss many of these evils in the press and in our daily lives, and the systems of justice are moving ever so slowly yet ever forward to extirpate them.

Yet, American society is mostly removed from the unspeakable evils that still beset our world. Systematic torture, arbitrary execution, death squads, genocide — systems of capricious violence designed to massacre humans abound across our continents. It’s unspeakable in both the literal and metaphorical sense of the word — horrifying until we’re mute.

This week, my only surprise has been the emotion of surprise that’s coursed through so many DC policy folks about the events in Ukraine. As one foreign policy friend texted his reaction, “Like this is irrational from Russia’s standpoint.” There has been clear signaling from the Biden administration that war was Vladimir Putin’s ultimate aim in Ukraine, but when the strikes came, a frisson of surprise still struck too. Who really believed that a 1940s-style land war in Europe was still on the menu in the 2020s?

Everyone should have, of course. There is incredible evil in the world, people who don’t want to just gain power, but want to use their power to dominate, enslave, maim, and kill those who they think deserve it. History and the literary cultures of all societies are suffused with stories of megalomaniacs, demagogues, and narcissists who are a risk to all if not contained. We’ve been warned so many times, and yet with each new generation, those warnings once again go unheeded.

The feelings of surprise this week quickly curdled into anguish. “How are we supposed to fight climate change when we have to fight Putin,” one friend asked. Europeans in particular are confronting the existentialism that comes when defending wealth and comfort against an enemy with little regard for human life or misery. ‘We just want to be left alone’ is the refrain of so many people in the West — why can’t we just enjoy our luxuries and friends? Why are we potentially being asked to die in a senseless war started by a dictator I never asked to exist in the first place?

That attitude persists, even as the darkness closes in. Democracy on every metric is in retreat across the globe. Conflicts — most of which get scant press coverage — continue to rage and cost hundreds of thousands of lives per year. Resource scarcity is exacerbating these conflagrations, throwing more humans into the maelstrom of evil every single day. Many will never escape.

We should have anguish, but we should also have anger, anger that instead of investing in the future or progress or peace, we’re instead going to have to mobilize counter-attacks and use precious resources to fight one man’s obsession with possession. We didn’t ask for this mission, but we are called to respond to it nevertheless.

Last week, I ran out to grab a new translated collection of Albert Camus‘ speeches titled Speaking Out, which includes his heralded American address The Crisis of Man delivered at Columbia University in 1946 as he surveyed the postwar situation. In it, he describes how a generation came to terms with the brutal world they witnessed:

I think I can safely say that we shall always refuse to worship events, facts, wealth, power, History as it is made and the world as it goes. We wish to see the human condition as it is. And what it is, we know. It is that terrible condition which demands truckloads of blood and centuries of history to achieve an imperceptible modification in the fate of man. Such is the law. […] We French of the twentieth century know that terrible law only too well. There was the war, the occupation, the massacres, thousands of prison walls, a Europe frantic with pain — and all that in order for some of us finally to gain the two or three slight differences which will help them despair less. It is optimism which would be the outrage here.

What it is, we (now should) know. The time for surprise at the acts of unspeakable evil is over.

Rebuilding the arsenal of democracy will take time. We need to build more resilient societies, immunized from overseas disinformation and propaganda, to create the kind of broad consensus needed to fight across all planes of battle. We need to build up our defenses, and as depicted in books like Paul Kennedy’s Engineers of Victory, create the infrastructure that offers a strong defense for all free nations. And we need to inculcate the values of patience and sacrifice that these conflicts will inevitably demand for victory.

To the people of Ukraine: we stand united in solidarity in your struggle as you fend off the worst offensive military assault in Europe in 80 years. Unspeakable evil has a name today, and it’s Vladimir Putin. And for the first time in years, America is finally starting to speak about the very deep evils that pervade our global home. It’s a terrible condition to find — one that might unfortunately take truckloads of blood and centuries of history — but one that America has never shirked when it’s finally made up its mind to fight.