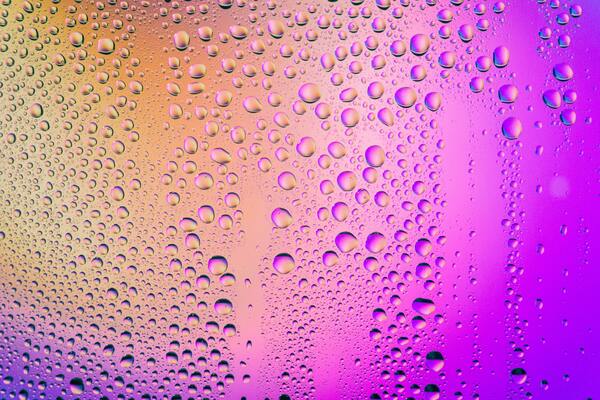 share
subscribe
https://lux-capital.webflow.io/ideas-blog/securities-by-lux-capital-vaporware-skepticism
share and subscribe
https://lux-capital.webflow.io/ideas-blog/securities-by-lux-capital-vaporware-skepticism
Danny Crichton
00:00
00:00
transcript
All our transcripts are made by human listeners and reviewed by our team for accuracy. Though we try hard to keep them error-free, there may be differences between the recorded audio and written transcripts. Please verify any statements in the audio before quoting in print.

Our producer Chris Gates and I talk about this newsletter in the new “Securities” podcast episode we just released this morning.

Tech has been bubbly, filled with the sultry air of unrealizable marketing. In Snow Crash, Neal Stephenson originated the concept of the “metaverse” and explained the experience of existing within that ethereal plane:

Just ask the businessmen in the Nipponese Quadrant. They come here to talk turkey with suits from around the world, and they consider it just as good as a face-to-face. They more or less ignore what is being said — a lot gets lost in translation, after all. They pay attention to the facial expressions and body language of the people they are talking to. And that’s how they know what’s going on inside a person’s head — by condensing fact from the vapor of nuance.

No phrase better encapsulates science investing today than the challenge of “condensing fact from the vapor of nuance.” We’re living in a moment of tremendous hope across the sciences, where science fiction seems increasingly on the verge of science fact. Technologies dreamed decades ago in imaginative novels feel on the verge of realization, and unsurprisingly, rivers of venture dollars are coursing their way through the steam.

And yet, amidst all that vapor of nuance and sultry marketing air is the lurking terror of vaporware, that all we yearn for might still be snatched from our venturing grip.

First, there are the increasingly dashed hopes of the crypto community, whose ambitions for a decentralized and ungoverned financial system look progressively distant. This week, Sam Bankman-Fried of FTX (a Lux portfolio company) salvaged decentralized lender BlockFi with a $250 million loan in the hopes of avoiding further cascading failures across the DeFi ecosystem. That’s just a week after SBF also bailed out cryptocurrency platform Voyager Digital with nearly $500 million of loansfor the same purpose.

They’re smart moves given the centrality of FTX to the broader crypto community, and may also prove to be extraordinarily lucrative investments given the extremely bearish market the industry finds itself in. But the bailouts also signal that crypto and the DeFi community need a central bank — and a central bank chairman — just as much as the meatspace financial world does. Layer by layer, crypto and DeFi in particular are rebuilding the very institutions they were originally hoping to disrupt.

Second, fusion power has been heavily in the news, a topic I last covered in-depth in “Fission today, fusion tomorrow.” This week, Zap Energyannounced a major milestone test of its approach to fusion, which veteran tech writer John Markoff of The New York Times described:

It relies on a shaped plasma gas — an energized cloud of particles that is often described as a fourth state of matter — that is compressed by a magnetic field generated by an electrical current as it flows through a two-meter vacuum tube. The technique is known as “sheared flow Z-pinch.”

Zap Energy’s approach is different from the tokamak model that I wrote about before, which is being used at the International Thermonuclear Experimental Reactor in southern France. But whether you like Z-pinches or tokamaks, the critics around fusion have been getting louder. Markoff writes:

Last fall, Daniel Jassby, a retired plasma physicist at Princeton University, wrote in an American Physical Society newsletter that the United States was in the middle of another round of “fusion energy fever,” which has come and gone each decade since the 1950s. He argued that claims made by start-up companies that they were on a path to successfully build systems that produced more energy than they consumed had no basis in reality.

“That these claims are widely believed is due solely to the effective propaganda of promoters and laboratory spokespersons,” he wrote.

Jassby has been vocally critical of all forms of fusion, writing both a scathing review in The Bulletin and in Inference Review, a Peter Thiel-backed “critical” science journal. He’s not alone, even if he is the loudest and the go-to critic for journalists.

Third, there’s a growing caustic view on the lab-grown meat industry, particularly in light of this week’s revelations that we can’t even make “regular” food fit for human consumption. Meal delivery service Daily Harvest announced a recall of its French Lentil and Leek Crumbles product, which has been traced to organ failure and serious health problems across a number of its consumers. Meanwhile this week, the FDA is once again opening an investigation into another baby’s death, who potentially consumed Abbott’s baby formula.

At the heart of these alimentary crises is contamination — and contamination doesn’t get easier with lab-grown meat. Far from it, scaling up laboratory food is an incredible challenge, one that many scientists believe cannot be overcome. Last year, Joe Fassler wrote an extensive investigation for The Counter on just how hard lab-grown meats will be to design and produce:

In cell culture, sterility is paramount. Animal cells “grow so slowly that if we get any bacteria in a culture—well, then we’ve just got a bacteria culture,” [chemical engineer David Humbird] said. “Bacteria grow every 20 minutes, and the animal cells are stuck at 24 hours. You’re going to crush the culture in hours with a contamination event.”

Viruses also present a unique problem. Because cultured animal cells are alive, they can get infected just the way living animals can.

“There are documented cases of, basically, operators getting the culture sick,” Humbird said. “Not even because the operator themselves had a cold. But there was a virus particle on a glove. Or not cleaned out of a line. The culture has no immune system. If there’s virus particles in there that can infect the cells, they will. And generally, the cells just die, and then there’s no product anymore. You just dump it.”

Those immense challenges lead to a terrifying conclusion:

In one key way, though, the report’s authors appear to admit defeat: If the goal is to create a new generation of wildly profitable cultured meat companies, the economics of building full-scale facilities may never pan out.

“The requirements for return on investment need to be set much lower than common practice in commercially motivated investments,” the authors write. In other words, the entities investing in this nascent industry’s growth should have very modest expectations about profit.

What we’re seeing in crypto, fusion and lab-grown meats could easily apply to other areas of frontier science like quantum computing and nanotechnology. Driven largely by exponential improvements in computing, there have been profound scientific and mathematical advancements across all of these domains the past two decades that potentially open the door to new companies.

Yet as every child on a road trip asks, “Are we there yet?” Vaporware skepticism rightfully abounds, since the advancements in these various fields are both so new and so untested that they make most new commercial ventures extremely speculative. No fusion reactor has ever produced a net positive output of energy. Crypto projects abound, but if the core properties of a financial system are stability and reliability, few products would seem to hit the mark. Quantum computers exist, but widely imagined use cases have mostly not been tested.

It’s possible to identify a few patterns across these domains. First, VCs are investing in science much earlier than they have been comfortable with over the past two decades as software and the internet monopolized the limelight. If there is a spectrum of science from fundamental research to pure commercialization, VCs flush with cash have been increasingly willing to invest closer to fundamental research. Fusion projects have in aggregate raised billions of dollars of venture capital, even as scientists are still unsure about how to design a fusion reactor or even which approach is most likely to work. What might have been another decade or more of government-funded laboratory work is already heading toward imminent commercialization.

Second, because VCs are investing earlier, they are taking far more risk on the ability to scale up these technologies, even if they can be proven to work. Lab-grown meat may work in the volume of grams, but there are gargantuan and novel technical risks that come from scaling to kilograms. Small test fusion reactors may show net positive energy production, but expanding them to grid scale is an entirely different frontier. Crypto testnets have given developers a way to refine their protocols and smart contracts, but the reality of mainnet is entirely different as these platforms confront complex human reality.

In short, VCs in these frontier domains essentially need multiple miracles for these companies to succeed. Compare those scale up challenges to traditional biotech and pharma, where the entire industry has designed systems and processes to prove safety and efficacy and grow production. There’s still serious technical risk, but it’s knowable technical risk.

Third — and here I can only describe what I am observing across the industry — marketing seems to be substituting for real, hard science in the presentation of these startups. This is a pattern that is sort of the inverse of “Marginal stupidity,” which I wrote about two weeks ago here in “Securities”. Where marginal stupidity is about “how there is a turning point where further information or complexity can befuddle us and simply raise costs without any concomitant value,” what I am seeing in hard science investing is an outsourcing of thought, a reliance on the splashy marketing one-pager instead of the agonizingly long technical research with the diligence to match.

None of this bodes well for many of the new VC entrants who have suddenly become enamored by the capital return potential of science. We have a view that real advances in science are relatively rare, that they are hard to produce, and they tend to be signaled by clear research evidence years if not decades in advance. Venture capital is not a fit for the needs of academic researchers who require long time horizons of open exploration without commercial considerations. Skillful diligence is critical to making thoughtful investments, and investors must have a well of resilience to draw upon, since most diligence will come back relatively negative in the hard sciences compared to software.

We need the right dose of vaporware skepticism. We can’t allow the excitement of science fiction to occlude the challenges of realizing it into science fact. Condensing fact from the vapor of nuance means finding the rare but tangible scientific advancements and propelling them forward on the path to commercialization. Otherwise, you’re investing in steam, and those returns on capital will just evaporate right through your fingers.