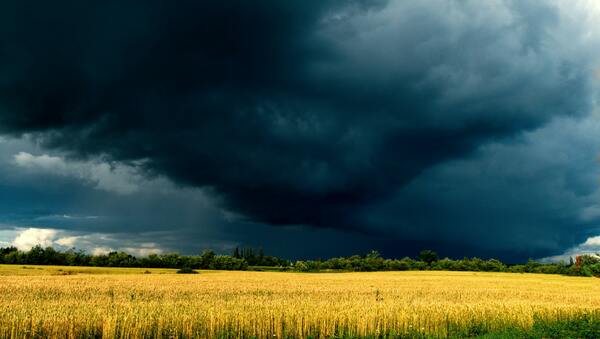 share
subscribe
https://lux-capital.webflow.io/ideas-blog/securities-by-lux-capital-warming-hyperthreat
share and subscribe
https://lux-capital.webflow.io/ideas-blog/securities-by-lux-capital-warming-hyperthreat
Danny Crichton
00:00
00:00
transcript
All our transcripts are made by human listeners and reviewed by our team for accuracy. Though we try hard to keep them error-free, there may be differences between the recorded audio and written transcripts. Please verify any statements in the audio before quoting in print.

What does security — national, economic, social, health — mean when the planet itself is creating the threats? Lethal combinations of climate change and human war are cutting harvest yields globally, from rice in Californiaand corn in Iowa to grains in Europe and soybeans in China. With declining harvest projections arriving almost weekly from agricultural statistical agencies, even more intense upward pressure on consumer inflation can be expected this year.

That’s the climate disruption in the short term (skipping, of course, the floods, droughts, wildfires, tornadoes, hurricanes, and other disasters befalling us). In the longer term, cascading effects of climate disruption are likely to further accelerate and reinforce these negative cycles.

In a new paper in Science published this week (preprint also available), David I. Armstrong McKay and his co-authors identify 9 global tipping points and 7 regional tipping points that have the potential to self-reinforce global climate disruption, updating an analysis conducted nearly 15 years ago and published in the Proceedings of the National Academies of Science. Using the most up-to-date models and data, they identify 5 tipping points that may have already been crossed by recent anthropogenic global temperature rise, and they also show that several more are likely to be tipped even in better scenarios of global responses to climate change.

In short, more insecurity is on the way.

The planet itself is the threat, but it is also the source of life for humanity, a dichotomy that we are still learning to grapple with. So what role do the armed services have to play in this new security environment? It’s a question that has been on the minds of U.S. defense planners for about two decades now, as chronicled in Michael R. Klare’s All Hell Breaking Loose. As the demands on the armed services for humanitarian, logistical, and operational support have increased, so too has the necessity to figure out a planetary insecurity doctrine.

She notes that the humanitarian mission is not a new one for the U.S. military, writing that “By 1959, the U.S. military had established its reputation as not only a global policeman, but also a global firefighter and ambulance driver within U.S. states and territories and across much of the world.” Such missions have remained enduring ever since.

Yet the scale of the needs are starting to overwhelm even the world’s most well-funded and well-trained military services. The sheer number of disasters, their scale, and their breadth across all continents of the globe threaten to subsume all other security missions under the climate security umbrella. In his book, Klare documented the increasing concern of senior military strategists on how the need to fight climate change could muddle the force structure requirements in many regions, most notably the Asia-Pacific.

Rather than view climate disruption as a distraction from “hard” threats, analysts are increasingly seeing climate disruption as the ur-threat, one that — much like tipping points — can create cascading instability. In her research article in the special issue of JAMS, Elizabeth G. Boulton argues that grand strategy needs to focus on the “hyperthreat” of climate change:

The hyperthreat has warlike destructive capabilities that are so diffuse that it is hard to see the enormity of the destruction coherently nor who is responsible for its hostile actions. It defies existing human thought and institutional constructs.

The entirety of modern military organizational design is to handle the threats nation-states have traditionally faced from adversarial actors. Those threats do evolve: non-state actors committing terrorism forced nations to grapple with new battlegrounds and avenues of attack, while cyber is once again challenging defense professionals to consider a novel theater requiring new strategies and doctrines.

The hyperthreat concept moves past this pattern of each new theater requiring a specific response. There’s no ‘adversarial actor’ that is conducting operations through tornadoes and hurricanes — it’s the planet itself. While we tirelessly use war-like language to “fight” climate change, the reality is that there isn’t much of a fight, as there is no enemy (well, other than all of us polluting humans). The result of the planet’s “attacks” is still death and destruction, but perhaps more importantly, also a feeling of human impotence in the face of the geological forces arrayed “against” us.

The evolution of military responses to climate change will ultimately rest with adapting and mitigating that cognitive insecurity. The goal of humanitarian initiatives is to provide help, but it’s also to apply a balm to the wounded human ego that once commanded the planet and which is now ignoring our best efforts to tame it. We no longer have the surety that our efforts to cultivate food or to build shelter will ultimately be fruitful. Even with all of our forecasting and technology, the planet can seemingly shape outcomes to its “will”.

As a hyperthreat, climate change itself must be the prism by which other security threats are evaluated. Large-scale flooding in Pakistan has now displaced or affected more than 32 million people in one of the most geopolitically volatile regions in the world. Whether the concern is terrorism, or nuclear proliferation, or criminal money laundering, it’s now the flood and the humanitarian response that will either magnify or diminish those other threats.

Boulton argues that we need to build new “deep frames,” borrowing a concept from psychology. It’s not enough to sort of shift our conscious narrative about security to the climate. Instead, we need to completely rebuild our mental structures from the synapses to our mental models to imbue ourselves with understanding. Our collective ability to handle an entirely new security phenomenon rests on our ability to rise above our pre-conceived thoughts about these situations. She asks, “Could the concept of enemy be replaced with a range of new ideas and words that match entangled existence?”

Maybe that’s a step too far for most people. The planet isn’t and can’t be perceived as an enemy. But yet, the destruction continues to come, and fields are lying fallow from drought and scorching sun. What we’re witnessing is a hyperthreat unlike anything we have seen before, and that’s going to require us all to think about the meaning of security in ways we have never been asked to do before.

Announcing the Lux Leaders Summit and our keynote conversation

Next month, we will be hosting our very first Lux Leaders Summit in New York City to bring together our portfolio CEOs and a range of senior executives from industry for an intimate and private gathering. Eschewing boring panels and one-to-many VC-driven talk fests, every segment of the Lux Leaders Summit is curated for maximum engagement by every participant with an eye on both building peer relationships as well as generating immediate and long-term business value.

That said, we won’t be eschewing our one and only panel on stage. We’ll be hosting Sam Bankman-Fried, CEO and founder of Lux-backed FTX, in conversation with Derek Thompson of The Atlantic for a discussion on “Effective Altruism and the future of American capitalism.” We hope the conversation in a few weeks sparks an assessment of science, technology and innovation at a pivotal moment for America’s economic future.

Stanford University is at the beating heart of Silicon Valley and has become almost a rite of passage for generations of entrepreneurs. But how does each generation form, and what skills and mindsets should they be equipped with given our changing world?

No one has thought more about how to shape that entrepreneurial spirit than Dr. Tina Seelig. Seelig is the Executive Director of the prestigious Knight-Hennessy Scholars program at Stanford among many other leadership roles, and she is also the author of Creativity Rules: Get Ideas Out of Your Head and into the World as well as What I Wish I Knew When I Was 20. Joining the podcast was Lux Capital’s Grace Isford.

We talk about Seelig’s class “Inventing the Future” and how she guides students in considering the utopian and dystopian aspects of the future technologies that are shaping our everyday lives. We also talk about generational differences between students over the past two decades, from the 9/11 generation to the global financial crisis and Covid-19 generations and how global events influence the approach of budding entrepreneurs. Then we walk through how to teach leadership, how to increase luck, and why there is such an important correlation between optimism and agency.