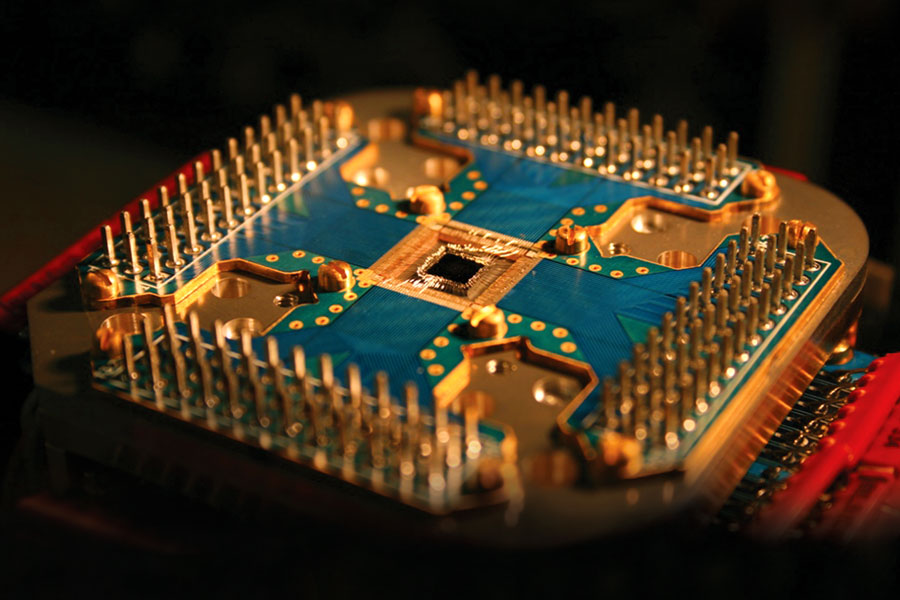 share
subscribe
https://lux-capital.webflow.io/ideas-blog/the-wests-self-defeating-technological-sovereignty
share and subscribe
https://lux-capital.webflow.io/ideas-blog/the-wests-self-defeating-technological-sovereignty
Danny Crichton
00:00
00:00
transcript
All our transcripts are made by human listeners and reviewed by our team for accuracy. Though we try hard to keep them error-free, there may be differences between the recorded audio and written transcripts. Please verify any statements in the audio before quoting in print.

Another week, another antitrust review in semiconductors gone awry.

Last week in “Securities,” I noted that regulators are poised to cancel Nvidia’s blockbuster acquisition of chip design company Arm Holdings. Part of the calculus is certainly market power — combining Nvidia's heft with Arm's all-but-monopolistic power in mobile chip design would offer the combined company an extraordinary dominance that could quickly harm competition.

The other calculus, and one that we are increasingly seeing around so-called “critical technologies,” is the fear that U.S.-based Nvidia buying U.K.-headquartered and Japanese-owned Arm would differentially harm the national securities of countries throughout the world. The European Union has to approve the merger, and offering more power to the U.S. chip industry is not something that eurocrats are wont to do. Then there’s China, which also has to approve the deal, and it’s near impossible to envision how its competition authorities clear the deal without strict controls that benefit Beijing (and consequently, would trigger deep concerns in the U.S. and the U.K.).

We are seeing this pattern again with the overnight news that Berlin has failed to approve Taiwan’s GlobalWafers’s acquisition of Siltronic, a German chip supplier. The Financial Times noted that “The German government admitted it failed to reach a decision on its review of the deal by the January 31 deadline,” and without approval, the deal is automatically extinguished.

Siltronic is a smaller competitor to GlobalWafer, and much like the American telco merger of Sprint and T-Mobile, it was designed to bring two smaller companies together to more effectively compete in the marketplace. Much of antitrust analysis involves precisely this sort of balancing between market concentration and market benefit — three strong competitors are almost certainly better than two strong competitors and two weak competitors.

Yet, it’s not market concentration or antitrust dynamics that determined this result at all, but rather national security considerations. Berlin was worried that it was losing a crown jewel of its manufacturing base to a foreign territory. It’s a feeling that countries throughout the West have experienced repeatedly over the last few decades with deindustrialization, and has increasingly led to this “sovereignty” approach to acquisitions, particularly in critical technologies.

Siltronic is not a market winner or even much of a market leader. According to the company’s own analysis of the silicon wafer market from 2020, it holds roughly a 13% share of the market, compared with 17% for GlobalWafers, 25% for Sumco and 33% for Shin Etsu, the market leader. An acquisition would combine its 13% share with GlobalWafers’s 17% share, presumably aggregating to about 30% to compete with the market leader’s 33%. That sounds like a much more competitive company and a better market.

Instead, with Berlin’s lack of approval, Siltronic … remains at 13%, competing neck and neck with SK Siltron, which holds a 12% market share.

This is the self-defeat cycle of more and more of these national security interventions in antitrust. Every country wants a core industrial base (or, perhaps more accurately, is figuring out that they need one and working to build or protect it). Consequently, there is greater sensitivity than ever over any agreement where a government might find itself losing leverage over a company.

By blocking these transactions though, governments are ultimately weakening these companies and all but guaranteeing their decline in the market.

The top five wafer producers are Japanese, Japanese, Taiwanese, German, and Korean. Berlin’s decision implies that there are no possible combinations for the company in the future, since it is hard to believe that it would approve a Japanese or Korean takeover any more than a Taiwanese one. With fewer strategic options for growth or exit, investor interest will wane in the company, and so capital will become more expensive to procure. Thus begins a sick cycle of decay — once capital is expensive in a capital-intensive industry, the future destiny of the company is already determined.

It’s the unfortunate complexity of modern industrial policy. Saving a company may mean selling it for parts, or selling it overseas to the one global company that might be able to make it a thoroughbred. Sometimes it is about losing the least, rather than gaining the most. Such are the tough choices in a competitive market where other companies have taken the lead.

Berlin has options of course. Germany and the European Union more broadly can inject large amounts of capital into its industrial base and hope to catchup with Asian peers. In fact, it’s considering precisely this strategy, announcing last week a potential rival to the American CHIPS act that would invest in European chip champions. Whether such an investment is ultimately made remains very unclear.

We still live in a globalized trade world where the best companies need to outcompete all of their foes. Germany can’t just solve the market in its favor and presume that it has saved its industry from defeat. Trade barriers can’t protect porous economic borders, a lesson we apparently have to keep relearning again and again.