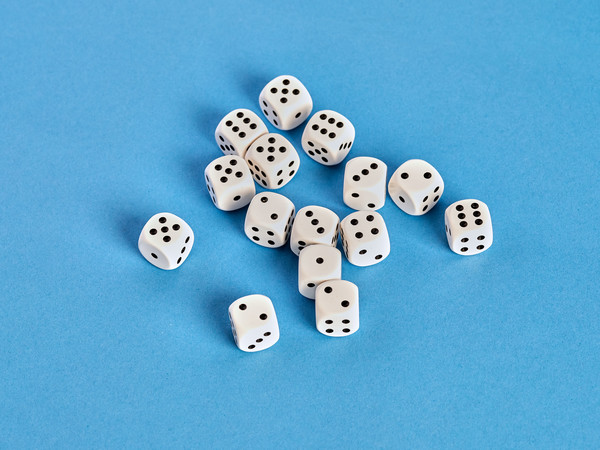 share
subscribe
https://lux-capital.webflow.io/ideas-blog/securities-by-lux-capital-americas-gambling-fetish
share and subscribe
https://lux-capital.webflow.io/ideas-blog/securities-by-lux-capital-americas-gambling-fetish
Danny Crichton
00:00
00:00
transcript
All our transcripts are made by human listeners and reviewed by our team for accuracy. Though we try hard to keep them error-free, there may be differences between the recorded audio and written transcripts. Please verify any statements in the audio before quoting in print.

America is undergoing a radical social experiment, the kind that we have undertaken only a handful of times in our history, and which is perhaps the most radical experiment so far this century: we are legalizing gambling, everywhere, all the time.

The handful of traditional outlets for gambling in America have metastasized into always-on, always-ready platforms for bets, and the diversity of options is incredible. There’s the stock market where Robinhood stonk day traders can bet minute by minute and hour by hour. NFTs and crypto keep millions glued to their wallets and exchange quotations, ready to buy the dip and discover the next possible Solana or Bored Apes collection. About two dozen states have legalized sports betting through apps like DraftKings or BetMGM, with many more states expected to move toward legalization in the wake of the Supreme Court’s 2018 decision. Lotteries have transitioned to digital with apps like Jackpocket, and the so-called startup lottery itself is increasingly democratized to allow anyone to invest in any new venture via platforms like AngelList and Republic.

Then there are new forms of gambling, from betting on cities with products like MiamiCoin (ultimately powered by Lux portfolio protocol Stacks) to prediction markets (an area of interest for us). Even sneakers are now traded on exchanges like StockX with an eye to making big bets on the future narrative power of a pair of kicks. All that novelty is on top of the classic American passion for betting on real estate and other asset appreciation.

The scale of the betting might have reached new heights, but gambling is hardly a new phenomenon. Outside of eating and drinking, gambling was among the first activities engaged in by Homo sapiens. Depending on the source, it pre-dates coinage as well as writing, and evidence of early human gambling is contemporaneous with some early cave paintings and art discovered by archeologists.

It’s not hard to understand the allure. Gambling offers entertainment and competition, a chance for social camaraderie and the collective tempting of fates and destinies. Narratives emerge: the sudden reversal of fortune, the come-from-behind victory. Mathematical probability dictates that almost all games of chance and skill will engender players with a wide range of emotions.

In most societies, gambling is tolerated but rarely encouraged. For such an ancient and popular activity, regulations on gambling are relatively strict globally, a culture of control that spans civilizations. There are concerns about addiction as well as the sudden loss of whole fortunes and the societal instability that can result, not to mention the latent criminality that will always materialize around such a controlled activity.

All bets are off though on the future of American society as layer after layer of these controls are removed.

What’s happened over the past decade is the marketization of more and more assets. Expansive datasets coupled with real-time markets have transformed categories like sneakers, wine and art into rapidly-changing betting markets with deep liquidity where opportunities for a quick hit return abound. Crypto never sleeps, and neither does fantasy sports. With markets constantly shifting, there is a huge compulsion for any bettor to use their supposed expertise and knowledge to beat others in a competitive game.

Markets are useful, of course. Better price discovery assists with capital formation and improves overall economic efficiency. But a key assumption is that market participants have knowledge about the assets they are trading, knowledge that when aggregated leads to more accurate pricing. That assumption is increasingly under pressure in markets where bettors are often just watching price quotes and trying to guess the direction of the next tick.

There are two pernicious effects of this rapid expansion of gambling. The first is the zero-sum mentality that accompanies most games of chance and skill. In order for a bettor to win, someone, somewhere must lose. Information is a strategic asset to deploy against other players, not an opportunity to connect and share expertise. Societal trust inevitably declines — if I am buying an asset, what does my opponent know that I don’t? Every transaction is shaded as suspect.

It’s true that some betting markets, namely crypto, have maintained a more positive demeanor, which I attribute to the fact that most bets in crypto markets have been directionally positive and there is — so far — less of a zero-sum betting culture. Yet, even that culture has frayed a bit in the past few months as crypto prices have generally receded.

The second deleterious effect is the rapid devolution toward short-term thinking that accompanies these modern bets. The goal isn’t to hold a stock, a bottle of wine, a pair of sneakers, or a city coin for years. The hope is to proverbially buy in the morning and sell at night for a handsome profit in a YOLO-induced rapacious daze. The rapid expansion of liquidity means that assets like real estate, where formerly high transaction costs all but forced participants to be long-term investors, can now be played as easily as a slot machine.

The combination of a zero-sum and a short-term mentality connects well with the current problems that plague the United States. Long-term investments in factories and industries have disappeared, given the immense time lag that a financial return takes in such markets. Infrastructure investments are challenging for governments to undertake as the decade-long timelines for most projects scare off citizens and politicians alike.

In short, a culture of daily betting doesn’t beget a culture of building and long-term growth. In fact, it makes the latter all but impossible to maintain.

Should betting be banned? No. Democratization of financial markets is mostly a positive development, ensuring that every person can participate in wealth creation. Even when it comes to pure gambling markets like sports betting, small bets and some entertainment are hardly threats to growth.

There are places for improvement though where incentives can align the human need for competitive gambling tournaments with the needs of the nation. Today, capital gains are bifurcated between short-term and long-term gains that are differentially taxed. The theory is simple: longer-term investments have positive externalities for society and often bear higher risks, and thus they require a lower tax burden to incentivize investors.

What if this simple concept was expanded further? Instead of the mostly binary distinction today in the U.S. tax code, what if capital gains were differentiated across more time horizons? Higher taxes could be assessed on gains made in less than, say, a month, while ultra-long-term gains of, say, greater than seven years could be taxed significantly lower. Patient capital is rewarded and the quick buck betting remains just a game and not a feasible path to wealth creation.

Now let’s be clear: yes, I work at a venture firm that offers (very) patient capital that would obviously benefit with such a reform. But when I think about the kinds of investments we should be incentivizing (and concomitantly, the bets that we should be dissuading), it’s precisely the sorts of enduring deep tech and science companies that should be getting the best treatment for betting and investment.

The question we should all be asking is whether we are actively building the future, or passively watching price quotations stream by. At a small scale, bets are entertaining and social. But let’s save the future for well-researched and thoughtful long-term bets, and not the daily price machinations driven by the emotional whims of social media users. Markets and bets are a means to an end, not the end themselves. For America to thrive this century, we need to put our money where our goals are.

The tech sector and Ukraine

There is incredible writing being published on Ukraine, covering everything from the humanitarian disaster and the politics of the West versus Putin to the future of what Eastern Europe and the Caucuses will look like going forward. Go read it, because history is literally being made every day that will determine the trajectories of more than a billion lives over the course of this century.

From my perspective, the most notable discussion across my networks has been the wide number of startups and large tech companies alike which discovered that their outsourced staffs are at risk of death from geopolitical struggle. I’ve talked with multiple founders over the past week about the safety of their direct employees, and the work they are taking to protect their workers. It’s complicated too: many workers have been drafted, and others are joining the Ukrainian resistance voluntarily. Responses are not as simple as just getting everyone safely to the border of a neighboring country.

Yet, the more interesting development is the number of founders who suddenly realized they had large dependencies in Ukraine and the broader region. They had never inquired about the location of their outsourced dev shop’s staff, or where the ML labeling for their AI models was originating from. Much like the supply chain resilience studies that companies have had to undertake the past year with Covid-19, many CEOs are suddenly learning just how heavily they rely on a region that has become, in many ways, the mainstay workhorse of Silicon Valley.

There’s no blame to apportion here. Startups today use hundreds of SaaS apps and a dozen or more labor service providers from designers to developers to business process specialists. It’s not feasible to completely understand all the underlying dependencies of these globalized work chains. However, that’s all the more reason to practice resiliency and business continuity. All companies should run regular scenario simulations and have the agility to handle whatever new geopolitical threat or cloud disruption or cybersecurity attack materializes.

Media bandwidth and the Ukrainian crisis

History is indeed being made today in Ukraine, but that doesn’t mean the world has stopped. As I noted on Twitter, there has been another grave IPCC climate change report, major elections in South Korea and France are coming up, China’s National People’s Congress will meet this weekend, North Korea is continuing to launch ballistic missiles, the Fed will likely raise interest rates, Iran is negotiating a new nuclear treaty and Congress is poised to make major changes to the U.S. Postal Service for the first time in more than a decade.

Newspapers and Twitter feeds are saturated with news from and about Ukraine, and as an editor, that makes sense. Yet, we also collectively need to keep our bandwidth open for all the other events, trends, and threats that are transpiring today. The whole rest of the world didn’t suddenly stop moving because Putin crossed his forces into the Donbas and beyond. So while all of us continue to monitor the Ukraine situation, it’s imperative not to let the singular news story drive attention away from the immense amount of change underway right now. We all have to fight a multi-front war in contextualizing the world.