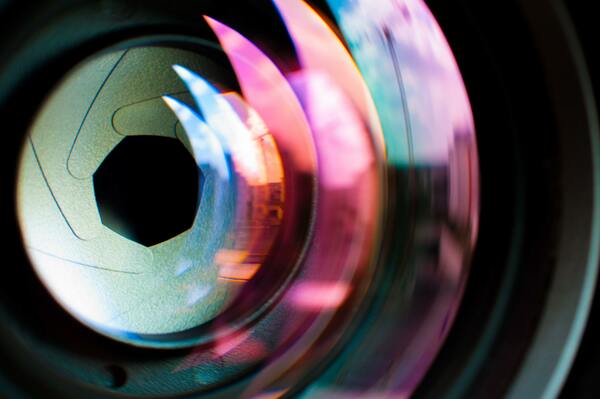 share
subscribe
https://lux-capital.webflow.io/ideas-blog/securities-by-lux-capital-truth-and-reputations
share and subscribe
https://lux-capital.webflow.io/ideas-blog/securities-by-lux-capital-truth-and-reputations
Danny Crichton
00:00
00:00
transcript
All our transcripts are made by human listeners and reviewed by our team for accuracy. Though we try hard to keep them error-free, there may be differences between the recorded audio and written transcripts. Please verify any statements in the audio before quoting in print.

The quantified measurement of truth is often impossible, which forces us to find proxies. Even then, proving the causal linkage between truth and proxy can be an extraordinary endeavor. Research biologists have spent decades exploring, detecting, and refining biomarkers to understand their accuracy and the attenuation of their usefulness. Economists and other social scientists have continuously debated whether surveys and aggregate statistical methods are adequate representations of the underlying complex phenomenon under their study.

It’s easy to walk this all the way back to the philosophy of perception: how do we know we see what we think we see? How do I know that what I see is what you see? Everything I observe is represented both to me, and then I must represent it to others. But rather than get too philosophical for beach-time August, I want to center today’s discussion on one outsized proxy: reputation.

Reputations are always a trailing indicator of truth. When people and organizations are rising, reputations obviously lag — the public has never heard of these new upstarts, and its opinion remains unformed. Reputations gallop to catch up, and for a brief moment perhaps, the true quality and the perceived quality intersect. Inevitably decline sets in, whether in an individual’s career or in an organization’s penchant for adding listless bureaucracy and complexity. The public reputation remains robust, but the underlying quality has etiolated. Perception has now overshot truth.

This week, we saw three prominent examples of reputations battered and under reconsideration, and all three forced us to ask: where does the reputation end and the truth begin?

The most notable story was the sudden $350 million mega-round into Adam Neumann’s new company Flow from a16z, which the firm self-reported was its largest check ever. Twitter, which has been astonishingly sleepy the past few weeks now that we are all waiting for the Elon Muskownership trial to head to Delaware chancery court in October, was set ablaze with the usual vivacious memes, derision and commentary.

Pull back from the shock of the check size and Flow’s crypto origins as Flowcarbon though, and ask a much more prosaic question: what exactly is Adam Neumann’s reputation? In many ways, it is as fractal and enigmatic as the founder himself. There’s the popular version that’s depicted in shows like WeCrashed and in books like Reeves Wiedeman’s Billion Dollar Loser, of a fundraising adept with godlike persuasion who is simultaneously distracted, filled with wild-eyed lunacies, and ultimately incapable of meticulously operating a global real estate empire.

Then there’s the entrepreneur who built indeed a global real estate empire from scratch, who walked away with hundreds of millions of dollars, and who surfed the gushing floods of capital markets to bet a company on the future.

How much should a VC wager on an entrepreneur whose company once hit a valuation of $47 billion? And that even today is still worth $3.69 billion on the public markets? My guess is that the popular reputation and the underlying truth are actually quite divergent, and the typical investor undervalues the fallen entrepreneur. There’s potential alpha sitting right there on the table.

The second story sits on the other side of those cheap faux-Scandinavian WeWork tables. Masayoshi Son of SoftBank narrated the company’s latest quarterly results this week, and the numbers were grim. The conglomerate suffered its largest quarterly loss ever, about $24.5 billion, driven in large part by losses stemming from the SoftBank Vision Fund’s investments in companies like WeWork (the second largest loss among public companies in Fund 1, and the largest loss among public companies in Fund 2).

Let’s return to our question: how does Son’s investment acumen fit his reputation today? His 2000 investment in Alibaba remains indisputably one of the greatest bets ever made in technology venture capital. According to SoftBank’s investor deck, Alibaba hit a high of 59% of SoftBank’s net asset value back in September 2020 as the pandemic accelerated the Chinese ecommerce giant’s stock price. Now, as SoftBank increasingly sells its position for cash, this component of SoftBank’s narrative is coming to an end. The Vision Funds collectively represent 47% of SoftBank’s NAV today, and are scarily hemorrhaging value. What weight should be placed on Son’s investment in Alibaba compared to his recent performance in determining his enduring reputation?

Reputation serves as a proxy for truth. The truth is (and snickering aside), we don’t know how the Vision Funds are going to perform. Collectively, the funds have invested in 473 companies since their inception, per SoftBank. The vast majority of those investments remain young by almost any definition of a VC investment. Son has a reputation — but the truth hasn’t been written yet, and certainly not in stone.

That leads out of the world of startups and into the world of governance for our third story. The Centers for Disease Control and Prevention was an agency heralded as the global apex of public health response and research, and then along came Covid. Once again, reputations are a trailing indicator. The CDC didn’t go from excellent to terrible in March 2020. In truth, it was struggling for years and the public (and perhaps its own leadership) only discovered its perilous state amidst crisis.

To get a sense of how far back the mismatch between truth and reputation can go, we can take a retrospective look at AIDS in the 1980s. In And the Band Played On, Randy Shilts wrote a caustic contemporary account of the CDC and NIH’s response to the advent of HIV. While there are notable people who fight against bureaucratic inertia and at times outright hostility, the book documents the incredible chaos and lethargy on the part of American public health officials. The CDC’s Covid response fits right into that book’s narrative.

And even now, it continues. The past few months, the United States has been forced to confront a new epidemic, this time in the form of monkeypox. Once again, the chaos and lethargy has been on full display — even fuller display, in fact, given the number of health reporters that have cropped in recent years in the aftermath of Covid. America’s vaccine stocks are locked in Europe, aren’t ready for bottling, aren’t approved for distribution, and now the agency is trying to split each available dose into five to try to give every at-risk person just a morsel in the hopes of at least allaying public fears.

The agency’s head, Dr. Rochelle Walensky, wants to completely reshape the organization as it prepares to release what is expected to be a scathing report on its recent performance.

I’ve talked about state capacity a lot in “Dissonant loops” and “Uncertain risk”, and here is a huge challenge: does the government have the capacity to fully and unreservedly acknowledge the failure of a critical government agency and redesign and reform it from bottom to top to serve the function it is supposed to? In other words, can the truth of the agency be fixed, and not just its reputation? For ultimately, the quantified measurement of the CDC’s capabilities is impossible, and we are left with the same challenge as always: how do we separate the truth from reputation before it’s too late.

Our investment in Trial Library to diversify oncology clinical trials

Speaking of reputations, it’s not just the short-term public health crises that have plagued the U.S. healthcare system in recent years, but also larger strategic gaps that have exacerbated inequalities and diminished the quality of care for patients. One area requiring serious improvement is enrollment in clinical trials.

For decades, there have been huge disparities between America’s population at large and the statistical samples of clinical trials. Women and people of color are under-represented in trials, leading to a paucity of data for these groups — holes that can seriously undermine the validity and quality of interventions, particularly as doctors transition to personalized treatment models.

Trial Library wants to rethink enrollment from the bottom up using the best social science research to clear every frustration and hindrance that blocks some groups from discovering, enrolling and maintaining their engagement in clinical trials.

Lux Capital led a $5 million seed round behind founder Dr. Hala Borno and co-founder Steve Buck as they spin out Borno’s work from UCSF into its own independent company. As Deena Shakir wrote in our post announcing the fundraise this week:

Trial Library is building the tech platform that patients, providers and researchers can trust to achieve greater health equity. Through Trial Library, community oncology practices are offered sponsored opportunities to identify clinical trial candidates from within their practices. This approach enables providers to broaden their offerings of clinical trial opportunities coupled with critical care navigation for their patients. Trial Library’s virtual care navigation platform then directs patients to resources for travel, logistics, food, or other services to support their participation. Providing these solutions prevents financial burdens from affecting equal research participation.

The ink has barely dried on President Joe Biden’s signature on the landmark Chips and Science Act, which offers a panoply of financial incentives for semiconductor manufacturers to reshore fabrication to America. There’s just one problem: analysts are intensifying their concerns that silicon is about to undergo a period of profound cuts due to sudden overproduction, even more than I talked about in “Intel’s Malaise” a few weeks ago.

Ian King, who has chronicled the industry for years, writes in Bloombergthat:

Personal computer makers, some of the biggest buyers of chips, were the harbinger of darker times. Desktop processor shipments dropped to their lowest level in nearly three decades in the second quarter, according to Mercury Research. Total processor shipments experienced their largest year-over-year falloff since about 1984.

The drops are steep — and everywhere too.

Christopher Danely, a Citigroup Inc. analyst, expects the industry’s drop to be the worst in at least a decade, and possibly two. Every company and every chip category is likely to suffer, he said.

Debates about reshoring chips have been going on for years, and the debate on the CHIPS Act itself lasted nearly 18 months of the Biden presidency. America needs a better industrial policy, but it also has to operate at the speed of the market. The Chips and Science Act already appears too late to change the industry’s dynamics.

Humans have been bartering and trading for millennia, building extraordinarily complex mechanisms of exchange centered on fiat currencies, contracts, and trust. As cryptocurrencies have emerged this past decade, economists and incentive designers have been forced to consider how to construct new forms of currency without the social lubricant of trust. How can we prove that every market participant is incentive aligned with market goals? What contributions can game theory, theoretical computer science, cryptography and microeconomics make to this newly energized field?

That’s the subject of our new podcast on “Securities” with Christian Catalini, the founder of the MIT Cryptoeconomics Lab. He and his colleagues fuse the fields of economics and computer science together with the goal of analyzing decentralized marketplaces and applications. It’s just the latest endeavor for Catalini, who is also a Research Scientist at the MIT Sloan School of Management, the co-creator of Diem (formerly known as Libra), and the co-founder and Chief Strategy Officer at Lightspark.